A string of volcanically formed islands in the North Pacific, Japan is a nation where modernity meets ancient tradition in a harmonious fashion, and one where the reserved but incredibly polite and helpful locals will do their utmost to make your visit an excellent one.  The history of this nation has been one of selective cultural openness and isolation, the result of which has been a way of life that many Westerners find amusing, confusing, and occasionally bizarre.

Long known for pursuing an isolationist stance with regards to the rest of the world outside of their nearest neighbours, modernization in Japan began in earnest after World War II, but had been ongoing before that in fits and starts. Since the middle of the 19th century, the rise of the West became impossible to ignore, with the western powers of Europe colonizing wide swathes of Southeast Asia, and the diminishing of China’s influence by the intimidating diplomatic and military power of the civilizations of Europe and America. 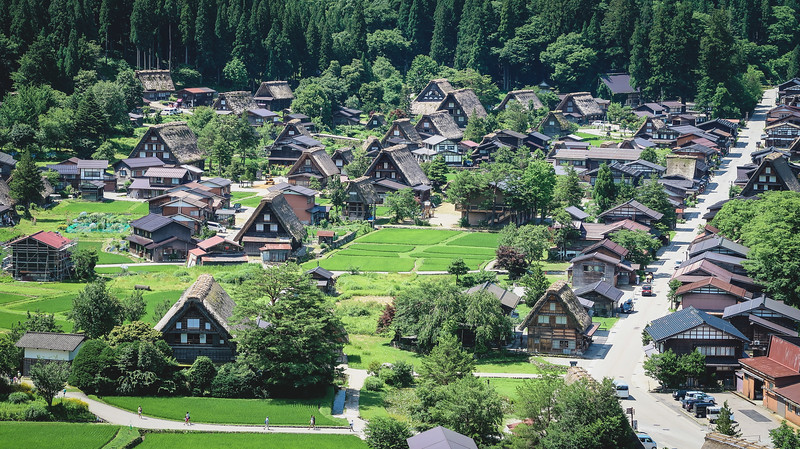 In response to these shocking events, Japan flung itself head-long into modernizing, which laid the foundation for the formation of the powerful empire of Japan.  In a feverish quest for resources and power, they ended up invading their neighbours in a bout of imperialism that was only quelled by the intervention of the Allied powers in World War II.  Afterwards, Japan channeled its workaholic creative energies into building the technologies of tomorrow, leading innovation in the global economy for many decades leading up to the present.

Overall, it may seem that Japan, from one’s preconceived notions, is one giant mass of urban sprawl, with no space to truly be free.  The truth is though, outside of the major cities, there are many mountains, islands, sub-tropical beaches, and world class ski slopes where one can recharge away from the hustle and bustle of Japan’s uber-modern, but densely populated cities.

Whether you seek you learn from the ancient cultural traditions of the samurai, or are hunting the more surreal and lighthearted aspects of Japan’s modern “kawai” culture, or you simply want to experience the natural diversity of Japan’s mountains, forests, volcanoes and hot springs, this nation is amply prepared to give it to you in spades.

A country as varied and diverse as Japan is, there is never a shortage of things to see or do.  If you time your arrival in Japan during the spring months, you will be in for a treat.  During this time, cherry blossoms sweep across the nation from south to north, as the warm southerly air masses chase the cold winds of winter away.

The progress of the cherry blossoms are tracked on TV, and when they arrive in your area, productivity by the local people hits an all-time low, as they rush to relax underneath the pretty boughs of these special trees.  Join them with a bottle of sake, and you are sure to have a unique cultural experience!

In the entertainment districts of virtually all Japanese cities, there are a plethora of modern attractions to keep you entertained until the sun comes up in the morning. Head out to a Karaoke establishment with your fellow travel mates, and sing popular Western and Japanese songs (with subtitles), fuelled with confidence-boosting Japanese beer, which can be ordered from your karaoke booth in many places.

Officially, gambling in Japan is illegal, but in Pachinko parlours, you can buy steel balls and shoot them into a pachinko machine in an attempt to release enough additional steel balls.  Doing this successfully will net you tokens or a prize, which you then exchange outside the establishment for cash money.  Sneaky!

The presence of Americans in Japan well before the Second World War introduced the sport of baseball here, which became extremely popular in the ensuing decades afterwards.  These days, the most prestigious baseball team in the Nippon Professional Baseball league is undoubtedly the Yomiuri Giants in Tokyo, though games elsewhere in Japan are likely to have the same raucous atmosphere, making it a vastly different experience than watching baseball in America, where is a more sedate affair from the spectator’s standpoint.

Japan, being on the edge of the trans-Pacific Ring of Fire, has been blesses with a long chain of very high mountains referred to as the Japan Alps. Hosting the 1998 Winter Olympics in Nagano, these chains of mountains are ideal for skiing.  In Hokkaido, powder fanatics will be in hysterics, as the coastal flow off the Sea of Japan produces a non-stop conveyor belt of the fluffy white stuff, all winter long!

Those who are a little less adventurous can still find their winter bliss by indulging in the many onsens, or hot springs that dot the country from north to south.  Often, these hot spots can be found by just looking for columns of steam rising from rivers and streams, but in many cities and towns, indoor onsens can be found for your relaxation needs.  Of note, visit the hot spring capital of Beppu, where dozens of outdoor and indoor onsens await your aching muscles.

If the cold weather of winter or the chiller parts of Fall or Spring has you down, Okinawa, Japan’s subtropical paradise is but a short flight away.  On the most southerly aspect of this diverse nation, winter highs still hit 20 degrees Celsius, with lows staying above 10 degrees most of the time.  Recommended for beach lovers is the effervescent beauty that is Aharen beach, and those who love the creatures of the sea will love Churaumi Aquarium, one of the largest marine displays in the world.

A visit to Japan wouldn’t be complete without paying a visit to Mount Fuji, without a doubt, Japan’s most famous natural asset.  A very popular hike during peak season, you certainly won’t be alone ascending this vaunted peak, but the views from the top are truly breathtaking, and are not to be missed by able-bodied visitors. 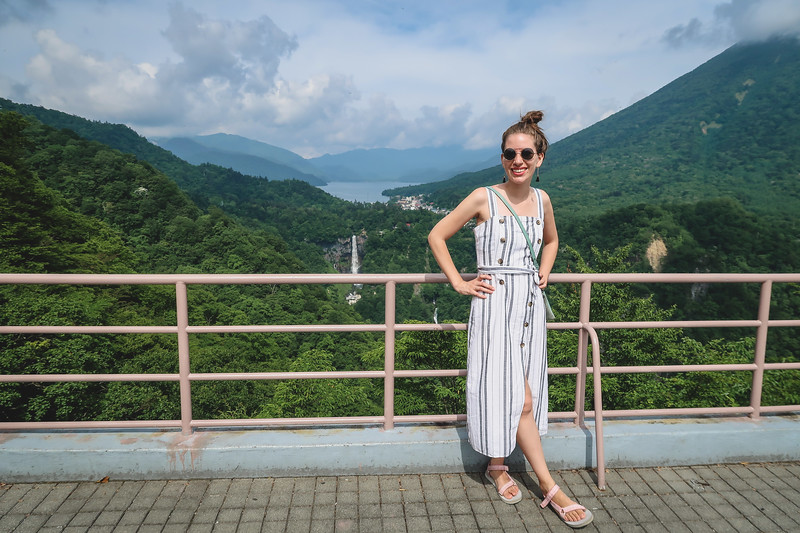 For those into culture, Japan’s first religion before the introduction of Buddhism was Shinto, a faith based on animist traditions of the past.  One of its most famous landmarks is the “floating tori”, which can be visited near the city of Miyajima.

Of the original feudal period castles, only 12 remain after the extensive bombardment of the Second World War.  For those with limits on their time, Uwajima Castle is widely considered to be the most spectacular one of the bunch that still remain, dating back to the 17th century.

Finally, no visit to Japan would be complete without acknowledging one of the great humanitarian disasters of the previous century.  In Early August 1945, American bombers dropped the first (and to date, the only) nuclear weapons in a wartime situation on Hiroshima and then Nagasaki several days later.  Hundreds of thousands died immediately, with many hundreds of thousands more perishing in the ensuing months and years due to illnesses brought on by the radioactive fallout.

Stroll the peace parks found at ground zero in both cities, and note the tattered remains of the A-bomb dome in Hiroshima, while contemplating what would happen if nuclear weapons were ever to be unleashed on the world again. 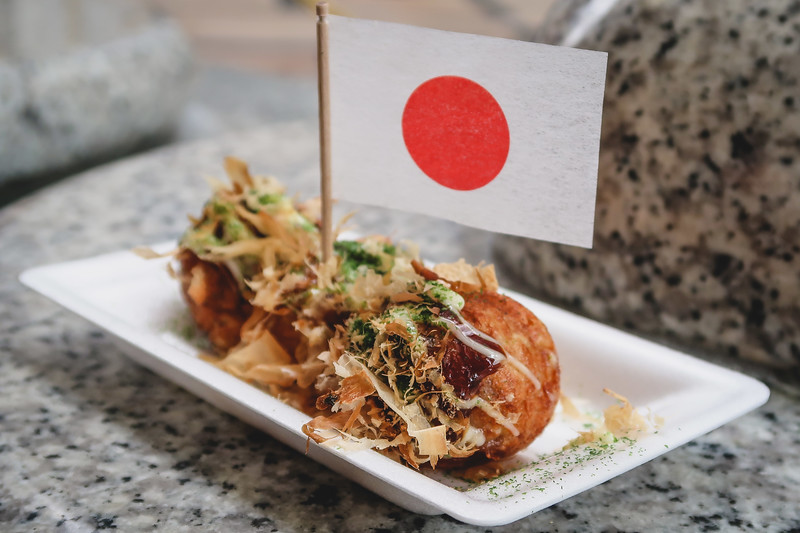 Given Japan’s love affair with seafood of all kinds, it is impossible to begin this discussion without acknowledging the dominance of its #1 culinary export, the humble but flavourful Sushi roll.  Sushi is typically a rice roll held together with seaweed, studded at the centre with various types of raw fish, or other types of seafood, depending on the roll in question.

For those not as affectionate towards the idea of consuming raw fish, or perhaps any seafood at all, Tonkatsu makes for an excellent alternative meal.  A long time comfort food of the Japanese, Tonkatsu is essentially a pork fillet that has been breaded with panko crumbs, and depending on the recipe, may be occasionally stuffed with cheese.

Finally, those looking for a warm hug on a chilly day in Japan turn to the many noodle dishes on offer throughout this long island chain. Noodles here typically come in three different varieties: Udon, a thick, round noodle made of wheat; Soba, a flat noodle made of buckwheat; and Ramen, a Chinese style egg noodle.  Of the three, Ramen tends to be the most expensive due to its focus on being served with a variety of ingredients (pork + a boatload of vegetables, usually).