If you have trouble viewing this video click here: http://youtu.be/z8Isi7Z7TG8

In 2014 we spent nearly a month in Berlin with a few side trips to other parts of Germany including Leipzig, Freiburg and Frankfurt. It is one of those countries that we felt could potentially be a base for us in the future. The food, the culture and all of the travel activities fit like a glove. We’re thrilled to announce we’re heading back again soon! In just a couple of days we’ll be exploring the Northeastern part of the country including Brandenburg and Mecklenburg Western Pomerania. The goal for this trip is to immerse ourselves in as many cultural activities and sample as many regional foods as we possibly can. We sure hope you’ll join us 🙂

So Hello from my parent’s backyard here in Brampton, Canada. This is our last weekend in Canada for a while. We’re actually traveling back to Germany this weekend. And we wanted to announce the trip and tell you what we’re going to be doing over there.

So what is particularly exciting about this trip is that we’re going to be doing most of it on the road. It is going to be a road trip by car. We’re going to be traveling to a lot of off-the-beaten-path types of destinations and going to places we’ve never seen before.

So some of the things we’re going to try while we are there include punting. So apparently that is a flat boat that is propelled by a pole. So we’ll be learning to punt in the canals, in the forest. Hey, if we can kayak and canoe then I think we can give it. It’ll be fun why not.

Yeah, we’re also going to be sampling lots of pickles because apparently this region in Germany is known for producing pickles. We like our pickles. We do.

Um, what else are we doing? We’ll be doing some hiking along the Chalky cliffs in Ruegen Island and also visiting a few different woodwork shops where they still make toys by hand.

So, very cultural activities that you normally wouldn’t think of when traveling in Germany. But it should be fun.

So let us know if you have any suggestions for thing to do in Brandenburg and Mecklenburg Western Pomerania. It is a bit of a mouthful isn’t it. It is and we’re heading there soon. See you soon. See, you.

And in the meantime, we have a few more videos from New York City coming out. 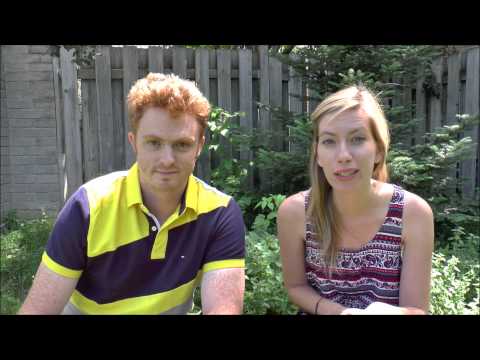