Surprise! We’re back in Finland! After a long overnight flight from Toronto to Helsinki with Finnair we arrived and checked into the Katajanokka Hotel (Jail Hotel) nearby the market square.

Along the way we noticed several things have changed in the city! Firstly, in the market square port area there is the addition of the impressive new Ferris Wheel (or Observation Wheel) called the Finnair Sky Wheel. Also, as we traipsed downtown we noticed people eating their lunch in the sky! This massive crane lifts people into the air where they can eat their meal with impressive views over the city. Officially it is called ‘dinner in the sky.’

With sweat pouring down our foreheads we decided to take a rest and attempt to get over our jet lag – neither of us slept well on the flight for some reason. Checking in at over 30 degrees it was the hottest day we’ve ever experienced in Finland.

After catching some much needed rest we joined a group of bloggers boarding a ferry bound for the recently opened island of Lonna. Lonna island, formerly a military island, is a quaint little island located nearby Suomenlinna.

Overall, it was the perfect way for us to spend our first day back in Finland.

We are back in Finland almost one year to the day that we left. This is awesome. This is one of my favorite countries in all of Europe. Most people when they arrive sometimes they go and freshen up. They might splash a little water on their faces or maybe go to the washroom after a long nine hour flight. But no. What is the first thing that I do – get my Salmiakki candy. I’ve been craving this for over a year and I’ve already ate half of the bag and I’m having even more now. So good!

What we’re about to show you is called dinner in the sky. You are going to see some people sitting up on a table, just hanging from a crane. Look for yourself!

The port area or market square appears to be even bigger and busier than last time year. It is just bustling with activity and there is a Ferris Wheel right over there.

A bit hot and tired are we? Oh my gosh, so sweaty and tired. I need a shower and a bed. And you know what – this is easily the hottest day we’ve ever experienced in Finland. Yes. It is over thirty.

We’re back in jail. We stayed here last year. We did. Let’s check out the room. Come on in.

This room here used to be a jail cell which explains why the windows are so high up, so the prisoners couldn’t escape. Also, they have really thick curtains here in Finland and that is because during the summer the sun just stays up a really long time. You wouldn’t be able to sleep otherwise.

We’re back in Finland on an eight day adventure and we plan on shooting a daily vlog. Basically what we want to do is just show you exactly what we’re doing and what it is like to be in Finland in the summer – both in the city and outside in the countryside doing more adventure types of activities.

We just arrived at Lonna Island. This used to be a former military island and it has just opened to the public this summer, so we’re going to check it out.

It was a really cool meal. We had grilled fish and potatoes. And that is just like the quintessential Finnish summer meal. 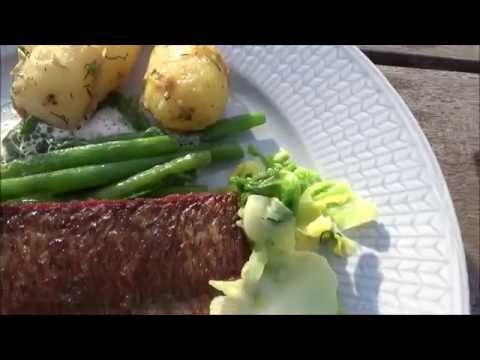