Arriving just recently in Berlin one of the first things I wanted to do was sample authentic German street food. With the guidance of my lovely girlfriend Audrey (who has been to Germany several times) it was absolutely paramount -according to her – that I try currywurst.

Currywurst, for those unacquainted, is steamed then fried pork sausage (Wurst in German) sliced and diced up smothered in a ketchup based curry.

What I found particularly fascinating about this dish is its recent origins. Invented in Berlin in 1949 by Herta Heuwer, the first currywurst consisted of a sauce mixture of ketchup, Worcestershire sauce and curry powder from British soldiers in Germany. Initially a hit with construction workers rebuilding Berlin it soon exploded in popularity.

Even more fascinating is that Berliner currywurst can be classified by east and west. East currywurst has skin whereas West currywurst doesn’t. Come find out which one we prefer by watching the above food video.

Even quirkier, is that recently a Currywurst museum (The Deutsches Currywurst) opened in Berlin on August 15, 2009 to celebrate its creation on its 60th birthday. Who knew such a simple dish could become such a staple in such a short period of time.

As an inexpensive dish, we’ve now tried it several times.

Have you tried currywurst before? Let me know in the comment section below:

The currywurst is considered fast food here in Germany. It is a sausage that is steamed and then fried. It is sliced up and served with ketchup and curry powder over top. It is delicious!

First bite! It’s amazing. I’ve been eating these since I first got to Berlin and I haven’t gotten sick of them. They are so tasty. I’m going to make sure I’ve got lots of curry sauce on mine. Oh, wow! I can see why these are very popular in Germany.

And if just eating currywurst isn’t enough for you one of the more quirky attractions in Berlin is visiting the currywurst museum where of our course apparently you get to have currywurst at the end of your tour.

So the sausage can be eaten many different ways. Today I’ve got it with french fries but you can order it with in a bun with a side our sauerkraut or even with a baked potato so you’re not limited for options.

You can typically pick up the currywurst for anywhere between 2.50 to 3 Euro just on its own and if you want to get a side like fries it usually is about 5 Euros. 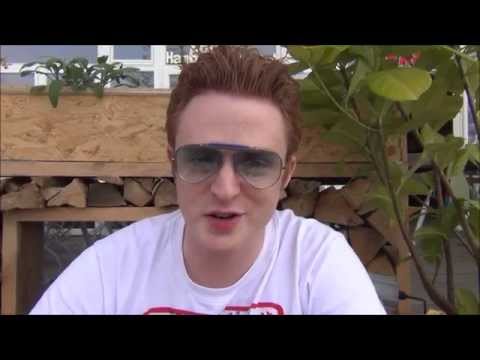