As I wandered along the East Side Gallery on a frigid afternoon I couldn’t help but wonder what life must have been like in Berlin when the Berlin Wall divided the city. The 1.3 km long section of the Berlin Wall, along the river Spree, is now an international memorial for freedom. The gallery, consisting of 105 paintings from international and local artists, has been badly neglected by graffiti, vandalism and erosion since the original works were completed in 1990.

As the largest open air gallery in the world, it was fascinating to walk along the East Side Gallery witnessing the diversity of paintings, styles and symbolic meanings. The paintings themselves, represent hope in midst of change, with a better future in mind for people around the world. I couldn’t help but feel inspired. There are many walls and borders around the world today that need to be torn down. Personally, I wonder what kinds of walls and barrier inside my head would be better off crumbling to the ground.

For 28 years the Berlin Wall acted as the dividing line between East and West Berlin. After Germany reunified most of the wall was demolished, but today some stretches remain as a reminder of the past, but also as a memorial for freedom.

We really enjoyed seeing the diverse works of art, and we recommend visiting on a weekday to beat the crowds. 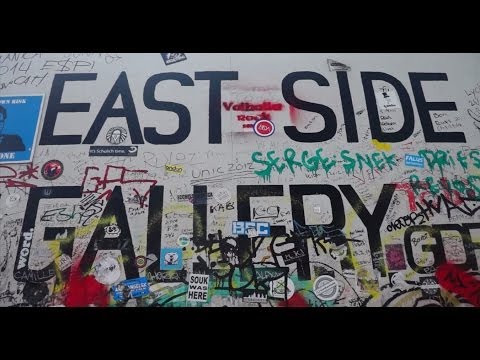