One our last full day in Salta, Argentina we decided to finally try the local specialty – Empanadas Salteñas. After doing a bit of research we headed over to a restaurant La Criollita which claims to have the best in the city. Shortly after placing our order the power went out. Normally, we’d stop filming at this point but it has been such a long time since we made a food video that we decided to continue on guerrilla style. The following is a taste test video in the dark 😉 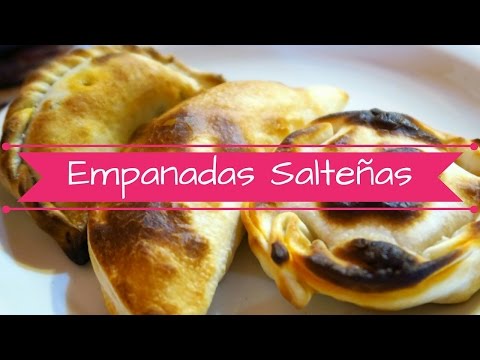 If you have trouble viewing this video click here: http://youtu.be/-_rzdexl3DA

The best in Salta.

So it is our last day in Salta and we couldn’t leave the city without having empanadas. We did a little bit of research on Google and we found a place called La Criollita. Apparently, they have the best empanadas in the whole city so that is what we’re going to be ordering today.

Okay, so the specialty here are called empanadas Salteñas. Yes, and those are made with chopped beef but what are we having? But we also saw two others that caught our eye. One is with pollo which is chicken and the other one is with queso which is cheese. So we’re going to try 3. Three, a little bit of everything. We even ordered a tamale too. Yes, yum yum.

And just as we’re getting ready to vlog our meal the power goes out in the restaurant. So this is going to be low quality filming. We’re not sure what we’re going to do. Maybe we’ll wait for the power to come on or maybe we’ll just film it guerrilla style. Fingers crossed.

So this one here is the empanadas Salteñas. This is the beef one. Um, and this is going to be a proper taste test because I can’t really see that well in here. So, I have to figure out what the ingredients are. Yep. Just for our viewers to understand we have the exposure compensation lightened by two degrees so it is a lot lighter on the screen that you’re seeing than it actually is for us trying this.

Alright, so this isn’t quite the meal we were expecting to have. Sitting here in the dark in the back of a restaurant. But let’s do price point because we are done with our food. Yes, so the good thing if you do come here these are not expensive at all. They’re roughly 1 US dollar – 12 to 13 pesos. And I highly recommend coming with a friend and ordering a whole bunch. Yes, you need at least five. At least five per person. At least, five. Maybe more like ten if you’re a hungry giant like me. Yeah, because we got three and a tamale and we’re still kind of hungry. We’re going to order more. Let’s go for dessert.