We’re typically fond of quirky and/or heritage types of hotels, so when we had the chance to stay at Katajanokka Hotel (a former prison jail house) in Helsinki, Finland, we jumped at the opportunity.

We’ve stayed in a diverse cross section of hotels during our travels, ranging from heritage hotels in George Town, Penang to shacks by the river in Southern Laos. When we had the opportunity to rest our sleepy heads in a former jailhouse, we simply couldn’t resist.

The jail was built in 1837 featuring distinct red brick walls heavily influenced by the Gothic period. Katajanokka County prison was one of the first prisons to feature centralized heating and electricity in all of the rooms. With more than 164 cells the prison was able to hold over 200 prisoners at maximum capacity. What fascinated us was that this old jailhouse was still in operation up until 2002 when it was converted into a hotel by Best Western in 2007.

The hotel itself is full of fascinating contrasts; old brick walls versus modern amenities. The thick walls are conducive to a wonderful silent night of rest, yet they sometimes impede wifi signals. Protected by the National Board of Antiquities, its been transformed into a modern hotel with unique charms.

As far as our stay was concerned, one of the true highlights was the buffet breakfast at the Jailbird Restaurant. With a dark and gloomy (almost haunting) setting we felt as though we were dining in a fancy dungeon. Our favorites included homemade jams, dark rye bread, muesli with lingonberries and Karelian pies. It was our first time trying Karelian pastries along with gooseberry jam. The pastries (also known as pies) originated from the region of Karelia and are most popular in Finland and Estonia; typically they’re filled with potato and buckwheat but sometimes feature eggs, rice and a rye crust.

The Jailyard Terrace was the perfect place for us to relax and unwind with a few beers in the late afternoon / evening. Featuring a quaint courtyard setting, the terrace had live guest musicians performing regularly – our favorite being a man wearing hippy style attire while belting out classics from the 70’s. While lounging in the courtyard, it was our first chance to try eating Finnish Reindeer cold cut meat. Although we had previous tried Reindeer meatballs at Market Square, we were somewhat disappointed that it tasted like generic meatballs. However, these cold cuts didn’t disappoint. With a very distinct rich and sour taste, we enjoyed gobbling up this Finnish delicacy with potatoes and cranberries while washing it down with several free samplers of distinct Finnish beer.

Overall, our provided stay at Katajanokka Hotel was one in which we thoroughly enjoyed. Within close walking distance of the city center and Market Square, we were easily able to set off on foot to explore the main attractions of Helsinki. The only wrinkle in our stay was the fact that our wifi didn’t work well in our room. The thick red brick walls, which make this hotel so unique and aesthetically appealing, also prevented us from having a strong wifi connection. However, the kind hotel staff offered us a connecting wire which allowed us to eventually have a blazing fast LAN connection in our room. 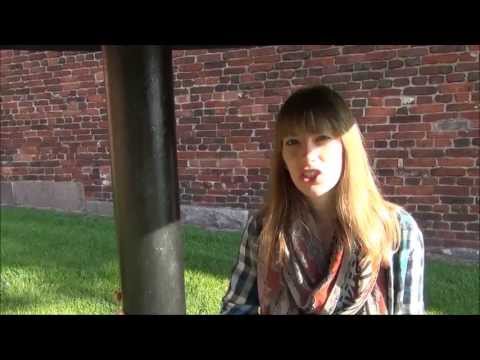