In our latest travel video from South Korea we visit a large pet shop located in Daejeon (대전), South Korea.

I wanted to tour Audrey around Daejeon (a city she’s never been to in Korea) where I used to teach English in 2008-2009. We ended up doing a day trip from Pyeongtaek taking a Korean train there and back.

As we wandered around the shopping district and Korean markets nearby Daejeon station, I remembered there was a series of pet shops. With a bit of time to kill before our lunch we decided to go into the store where we were greeted by plenty of adorable cats and dogs for sale. We had a chance to play with the kittens and puppies while filming for a bit. As animal lovers we both left wanting to take home an entire family worth of cats and dogs.

In Korea, pets are only recently becoming popular with Korean families. One of my best friends in Korea (a fellow expat) told me a story of a time roughly ten years ago when had a pet dog. When other Koreans would get in the elevator with him (while he was with his dog) they’d react strongly to its presence often looking terrified.

Nowadays, pets – especially dogs – are really catching on with Korean households. There are even a number of specialty cat cafes and dog cafes in Korea where one can enjoy a hot beverage while taking the time to stroke and give affection to a furry little pal. As with many things in Korea, cuteness is the name of the game, and one can literally notice dogs decked out in the most fashionable of attire trotting down the street with their equally stylist owners – especially in the glitzier areas of Seoul. Given that most Koreans (and expats) live in high-rise apartments, very few pets are allowed to freely roam outside; most of the time you’ll notice dogs with their owners going for a walk in a nearby park.

If we weren’t such world travelers, constantly on the move, we’d surely have cats and dogs in our home. 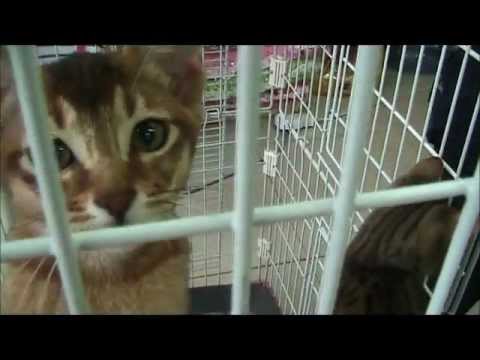