Today’s feature adventure travel video is of a ferry boat boat ride we took from Macau to Hong Kong, China via HydroFoil TurboJet.

(These are some photos I took in 2011 when the weather was nicer!)

I was excited to take Audrey on this particular HyrdroFoil ferry – a journey that I had completed several years ago when visiting Hong Kong and Macau.

Growing up on Vancouver Island, I quite often took BC Ferries from either Nanaimo or Victoria to reach Vancouver. Thus, I’ve always associated ferries as a means of going somewhere exciting and new.

A hydrofoil, is a foil which operates in water referring to a wing-like structure mounted on struts below the hull lifting the craft above the water during forward motion.

Once the watercraft has reached a decent cruising speed, the hydrofoil elements below the hull propel it right out of the water allowing the boat to increase its speed and fuel efficiency.

Taking TurboJet was literally the fastest boat I’ve ever been on reaching a top speed of 83 kilometers an hour.

Unfortunately the speed and constant swaying back and forth of the watercraft caused Audrey to feel sick to her stomach.

As a general cure all, we ordered some Korean Shin Ramyun noodles and orange juice as a remedy.

Unfortunately, the weather didn’t cooperate as much as we would have liked as we experienced rain and fog for most of the journey; it cleared up slightly as we arrived in Hong Kong.

The journey itself was less than an hour; typically, we’re used to half or full day excursions to get from one place to the next, so this was a welcome change.

We passed a lot of other vessels along the way – both large and small watercrafts – although the reduced visibility due to the weather meant we likely didn’t spot as many as we would have had it been a sunny day.

Overall, the journey was pleasant and expedient, as we arrived in Hong Kong earlier than expected given that we were able to board one hour earlier going on standby.

Taking TurboJet is the best way to get from Macau to Hong Kong (or vice versa) given the frequency of departures, length of journey and overall cost.

Our economy tickets cost only $148 Hong Kong dollars (19.08) which we felt represented a very fair price.

One can just show up at the terminal and book a ticket on the spot (which should be no problem except for on weekend or holidays) or book in advance directly from the website – with the option of going on standby if you arrive earlier than your pre-purchased ticket. 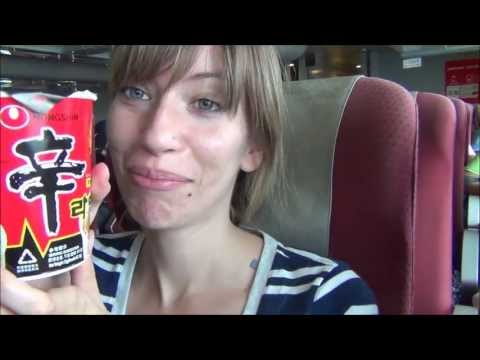