If you have trouble viewing this video click here: http://youtu.be/3MgPS5QLd3I

After hearing about an abandoned cave restaurant – since converted into a squatting complex – we hiked along deserted rail tracks to visit Kaaiman’s Grotto in Wilderness, South Africa.

So it is another beautiful day here in Wilderness. And today we are hiking out to some caves. Now these are very special caves because apparently they had built a restaurant into these caves and then the business failed and the place basically shutdown but a man moved into the restaurant in this cave and apparently he has turned it into a squatting complex where homeless people can come and stay. And he takes care of them. These are all just rumors we’ve been hearing from locals so we thought ‘hey’ let’s go check it out ourselves. So that is where we are going today.

And to get there we are walking along the abandoned rail tracks. Alright, lead the way.

So it would appear that these tracks haven’t been in use for a really long time. And some of the rock has just fallen over top and vegetation has grown over it but there is a way around. Lucky for us.

Oooh! So we’ve reached the entrance of the tunnel. Apparently we need to go through here. And it looks dark and spooky.

So that was incredible. We just got a tour from the man who runs this place. And basically it is a shelter for homeless people. He takes them in for two weeks and tries to give them a place where they can live. He feeds them. And just helps them get back on their feet. They have to go out and look for work while they are staying here. And it is just beautifully decorated. They’ve put a lot of detail into each of the rooms. And there is just a lot of character and personality, so it is a really funky place to check out. I liked it.

You can continue hiking along the bridge to the dolphin’s nose and that will take you to Vic Bay. But we’re really hungry right now so we’re heading back in for lunch. 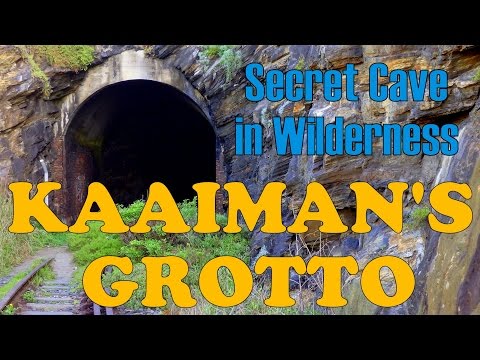