If you have trouble viewing this video click here: http://youtu.be/TJ2t4Ytmi74

For Audrey’s birthday we took a day trip from Madrid to Toledo where we visited the Alcázar de Toledo and ate a three course Spanish lunch.

So today is July 23rd. Which means it is my birthday! So Sam and I are going to take a little day trip. We’ve been staying in Madrid but Toledo is only thirty minutes away by train. So we’re going to head out and have some birthday adventures in a new city.

We’ve arrived and it is a beautiful train station. Time to get the birthday girl some lunch. Yes.

So we decided to walk into the city which was maybe a mistake considering it is almost forty degrees out. We should have just grabbed a taxi but at least they have these escalators that help you reach the summit of the center of the old town I guess. So yeah, it is nice being in the shade and not having to climb stairs.

It is kind of funny because just outside of the escalators are these old ruins. So you have something very modern and then you have the ruins right beside it. Yeah, quite the contrast.

So we made it to the top. And this is our reward. Check out these views.

Birthday girl, what is your starter? Alright, so we found a nice little restaurant and I’ve ordered Gazpacho which is a cold tomato soup with onions, peppers and cucumbers. But you can’t see any of that because it looks like they’ve just liquefied it and turned it into a bit of a cream. But let’s try it.

Refreshing? That is so refreshing on a day like today. And it is a little bit tart and tangy which I really like.

I could drink this out of a glass it is so good.

And what is your entree? I’m trying something I’ve never tried before. It is called Migas de Pastor. And if you look down here it has got meat, it has got some kind of breadcrumbs here and it also has veggies. I think these maybe peppers. Let’s take a bite with the meat and the breadcrumbs. How is it? It’s really good. I think that is a piece of like chorizo meat. Nice! Spicy!

And what does the birthday gal have?

So I’m having a type of Tortilla which is basically potatoes and egg. Kind of like an omelette style meal. This also has ham in it. And I’ve got some pork right underneath. They’ve soaked it in ketchup which I’m not a huge fan of. But it is alright. I actually had this for breakfast today and that was a little bit better.

So I see your main dish has arrived. You know what, this is actually my favorite Spanish dish that I’ve tried since I’ve been to Spain. It is called Paella. Take a look down here. We’re going to be doing a bit more of a dedicated video to this soon but for now you can basically know that it is a mixed type of rice with seafood and vegetables. Alright, let’s take a bite of that.

So good. It’s got a really rich and kind of creamy sauce. I just absolutely love this.

And over here in Spain wine is like water. I had a choice between water and wine so I got my own bottle. I think I made the right decision.

Aren’t you glad we got about a thirty minute break in between our main course and dessert? What do you have? I am having flan. And I don’t really know how to describe this dessert except to say that it is popular in South America and in Spain. And your Mom makes a really good flan. Yes, and the brown stuff you see it is kind of like caramelized sugar but I really can’t explain the dessert itself because I have no idea what it is made with even though I’ve eaten it my whole life.

Alright, and I have one of my all-time favorites. Arroz con leche. This is a rice pudding and unlike you I can explain what is in it. There is milk, there is rice and there is cinnamon. And you know who makes a good rice pudding – my Mom too.

Let’s take a bite. I’ll stir that cinnamon around a bit.

It’s really good. It is really creamy. I can tell they’ve used like maybe even a cream instead of a milk. Nice. And lots of sugar and cinnamon. So is it served hot or cold here?

So we are now visiting the Alcázar, which is the one building that dominates the city skyline. And they also have a really cool military museum. And normally I wouldn’t be into that but because it is so hot outside it has actually been really nice being indoors with AC. Just learning a bit of the history by force.

I’m beginning to realize that Spain is more of a winter destination. All we’ve been doing since we’ve come here is sweating like pigs.

So we are hiding indoors again. We found a little corner store with lots of fans and Popsicles. So trying to cool down here people.

So I think that is about all we can handle for today. So cooling off yet again with ice cream cones this time. And now we’re going to head back to the train station and try to get back to Madrid a little bit earlier than planned. 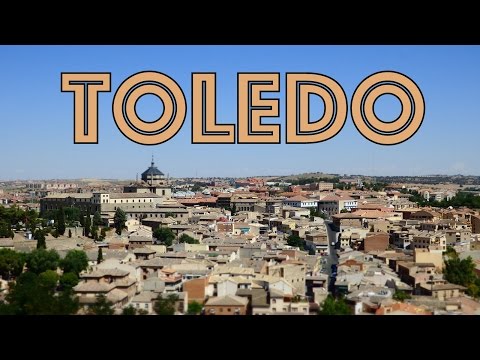