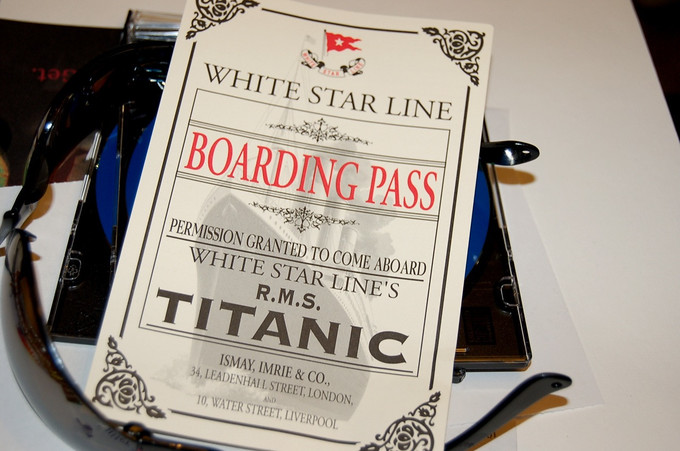 This year marks the one hundredth anniversary of the sinking of the “unsinkable ship”: the Titanic. Across the United Kingdom, a number of cities are launching their own commemorations of the disaster: from Liverpool where the ship was registered, to Southampton where the ship set sail.

But for a truly Titanic experience, without the sinking feeling, get yourself some flights to Belfast where the ship was built.

She was alright when she left here!” the Northern Irish are fond of saying, and the new Titanic Quarter in the city’s rejuvenated Dockland area pays homage to the engineering skills and hard work undertaken by the Belfast based workers of Harland and Wolff.

Although Professor William Neill recently dismissed this kind of “disaster tourism” as insensitive, Belfast City Council have hit back saying that families of survivors have supported the regeneration work and the accompanying Titanic themed attractions. Building such a ship truly was a great achievement by anyone’s standards, so you can’t blame Belfast for celebrating its role.

Hey, it’s not their fault that the pesky iceberg got in the way. The world’s largest Titanic themed attraction opened for business at the end of March 2012, on the site of the old Harland and Wolff dock where the ship was built. The museum contains a whopping six storeys of interactive exhibitions and rides showing what life was like on the Titanic, before and during the sinking. Some critics have already likened it to Disneyland.

Modelled on the prow of the great ship, the museum truly is a sight to behold. 105-year-old Belfast resident Cyril Quigley, who watched the launch of the doomed liner over a century ago with his father, gave his stamp of approval. “I often thought they would make another plastic ship here and have it as a restaurant or something but this is fantastic,” he enthused. “It’s like our Sydney Opera House.”

If you want to take a peek at where exactly it was that the Titanic ‘left here’, the gigantic slipway adjoins Titanic Belfast. During April the slipway will play host to a number of events; including a lightshow about Belfast’s culture and history. MTV has also booked flights to Ireland for a one off concert, taking place on the slipway, as part of Belfast’s three week long Titanic Festival during April.

If the weather is nice, take a stroll around the Dockland on a Titanic walking tour. The tour is for serious Titanoraks, as access to exclusive areas may not be quite so exciting for anyone else. Walk into the drawing office where the Titanic and her sisters, the Olympic and Brittanic, were designed, as well as the dry dock and pumphouse where the Titanic last rested on dry land. Above all the tour gives a notion of what life what like in the docks over a hundred years ago: and standing on the mammoth slipway, you soon realise the massive scale of the Titanic.

Nervous passengers may not be enamoured with the idea of taking a Titanic boat tour, but trips out on the Lagan River provide a great alternative view of the dock where the Titanic was built and ultimately launched. There are no icebergs in Belfast during the summer months, so you should be fine. Some companies even offer a bike and boat tour, taking in other sites around the city as well as the docklands.

For a good night out in the Titanic Quarter, head to the Odyssey Complex: with a hockey arena, nightclubs, and restaurants it’s the perfect place to wind down after wandering around the docklands during the day. And with an iMax cinema, where better to watch the re-release of James Cameron’s Titanic in 3D?