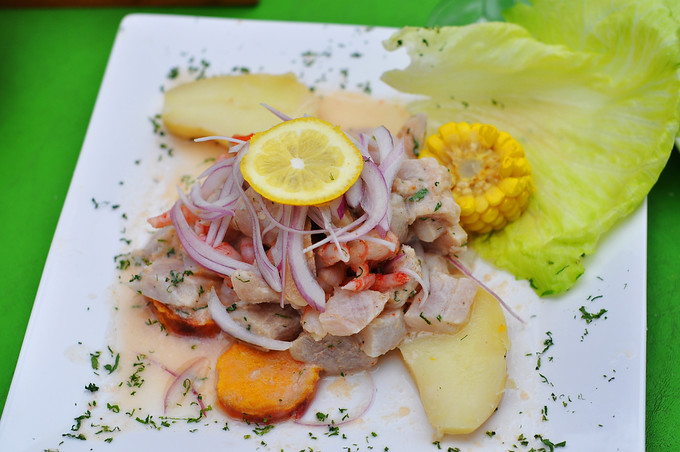 Throw a cocktail of cultures, a pinch of the Amazon and tastes of the Pacific Ocean into the cooking pot, leave to simmer for several centuries and the result is Peruvian cuisine. Gastronomy has played an important part in Peru’s rich history and recent years have seen a culinary revolution in the countries capital, with traditional dishes modernised for the 21st century. It wasn’t until 2009, when it was labelled the Gastronomic Capital of the Americas, that Lima was officially recognised for its contributions to world food. If you fancy yourself as a bit of a foodie, then Lima is not to be missed.

Founded in 1994 by husband and wife Gaston Acurio and Astrid Gutsche, Astrid y Gaston began life as a restaurant serving mostly French food but gradually settled into its surroundings and soon introduced Peruvian cuisine into the menu. Local flavours and traditions became a staple and the restaurant became well known as one of the finest restaurants in the country, receiving much praise from patrons and critics. You can find the award winning Astrid y Gaston nestled in Miraflores, an upmarket district of Lima, home to some of Peru’s most lauded dining haunts.

From its truly unique setting within the ancient ruins of Huaca Pucllana, the restaurant of the same name serves a culinary treat that will satisfy and delight your taste buds. Enjoy a meal crafted from traditional ingredients and created using contemporary techniques whilst gazing over the archaeological compound, which is believed to have been built between 200 and 700AD. Also situated in trendy Miraflores, the atmosphere at Huaca Pucllana is relaxed, hip and friendly.

At the top of your ‘must try’ list should be ceviche, a selection of raw fish marinated in citrus juices (typically lemon and lime) and flavoured with chilli peppers and seasonings. The dish has become a part of the country’s national heritage and is traditionally served with Peruvian staples sweet potato and corn.

Affordable but delicious, anticuchos is among some of Peru’s finest street food. Consisting of beef heart that has been marinated in vinegar and spices, then grilled and served hot, this distinctive dish is typically served with boiled potato and skewered with a brochette made from sugar cane.