I´ve frequently mentioned to others that I´ve found my backpacking expeditions far more valuable than my four-year university degree in terms of the educational and ‘real life’ benefits; however, backpacking itself as a way of life is certainly an art/craft that is perfected over time.

Most individuals who have never gone on an extended trip – with a limited budget – have this romantic notion that backpacking is like an all-inclusive excursion to a posh resort where food, drinks, sun & tan are the epicenter of activities.  This is not at all the case.  The reality is that backpacking on a budget (especially in developing countries) means giving up loads of creature comforts one normally takes for granted back home.

Moreover, depending on where you are traveling conditions change dramatically.  A cozy bed, running water, healthy food and an internet connection may or may not be available at all times.  At the worst of times you´ll be ripped off, stranded, delayed, robbed or even forced to evacuate yourself from a hotspot (political or weather related) with limited resources.

The romantic notion that backpacking is a ‘holiday’ really needs to be examined with a critical eye.  It´s a way of life.  I´m often more busy and involved during my travels with various commitments than I am when I´m working or studying.   I´ve worked, traveled and lived overseas for most of my adult years.  I´m in no way a rookie in terms of what it is like to be overseas on your own making a living or blazing a path down an unbeaten trail; however, since I´ve come to South America I´ve realized that what I took for granted as a backpacker in Asia, I could no longer rely on as gospel in South America.

(Editors note:  This article was written in April, 2010 after experiencing a few too many misadventures while backpacking in South America.  My trip improved significantly as time went on & I’m itching to get back and explore more of this great continent) 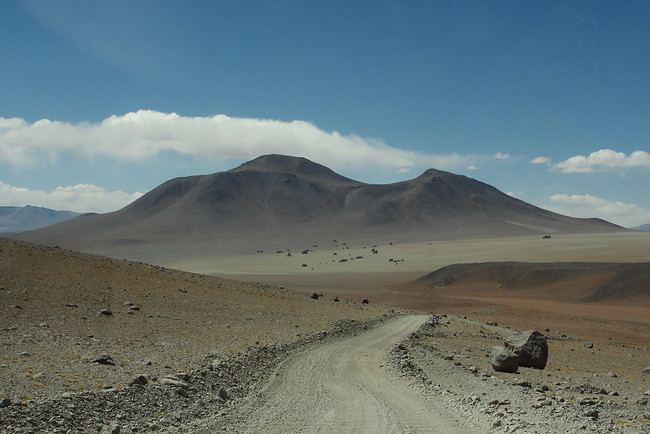 The differences in travel between South East Asia and South America is quite striking.  If you´ve done your first backpacking trip to South East Asia consider yourself spoiled.  The norm of backpacker ghettos (clusters of guesthouses and tour shops taking over blocks) and highly developed travel services are just not found in South America.  It´s a region where DIY (do it yourself) is how one is going to survive on a day-to-day basis.

Wading through literally hundreds of bus companies at an enormous bus station to find a ticket as opposed to having your bus ticket booked, confirmed and departed from a travel agency next to your guesthouse is the standard.  Spending half a day going to various banks to cash your travelers checks (after visiting 20 different branches) and then waiting two hours in line is not uncommon.  The threat of violent crime and petty theft is also a lot more serious here as well.  As a seasoned traveler I don´t wander around town alone with my valuables dangling off of my wrist or neck; however, even playing it smart, I was a victim on the streets of Montevideo where a man came up from behind me with a knife demanding I empty my wallet immediately.

Most importantly, the audacity for somebody to just get on a plane and arrive in South America alone without even basic Spanish skills is not terribly clever!  If you at all think you´re going to get on backpacking across South America ignorantly barking English at the locals you meet you´re in for one rude awakening.  The fact is that without basic Spanish skills you are really limiting yourself in terms of what you can and can´t do on your own and how much you´re going to experience in terms of relationships with others.  If I could do things over again I would have stayed in one place for a month to take some Spanish courses.  Instead, I’m rolling with the punches and picking up a phrase or two everyday 😛

Backpacking is not an art that´s mastered and carried over and applied in other parts of the world like a cookie cutter mould.  There are things you learn from every backpacking experience that you can carry over in any situation but to naïvely think that you can just use the same skill sets from one area of the world and apply it to another (which is exactly what I thought prior to my trip) is setting yourself up for failure.

Not only will you lament every negative experience you encounter, but you´ll constantly be comparing each experience with a biased opinion.  In my humble opinion, it´s best to create each backpacking experience as a separate entity – much like a blank slate.  If you have a clear mind you´re going to encounter each situation as a new experience instead of as an occasion for resentment when a certain level of respect or treatment just isn´t up to snuff.

I´ve found myself at times yoyo-ing in between these two states of mind, but more recently I´ve been leaning more towards the side of being completely and totally open-minded.  I really suggest that anybody who is going to travel to another part of the world consider that what you may expect to encounter may not be the reality and that being flexible, open minded and ready to encounter new situations will give you the best opportunity to really value and cherish your journey in a unique and special way.