One of the greatest joys of travel are the people you meet along the way. Often lifetime friendships are forged while experiencing something unique overseas – it’s a special bond. Several months ago when I decided to create my own blog I started researching travel blogs. Upon further examination, I was completely flabbergasted by the scope of the community. I quickly came to the conclusion that there are a LOT of travel blogs! Ranging from small to large, serious to hobbyist, widely read to only read by Mom – it’s an impressive network of bloggers documenting their travel experiences while on the dusty trail. Having read some of these blogs for several months I feel as though I know some of these individuals even though I haven’t had a chance to meet all of them in person.

The diversity in backgrounds, travel experiences and former professions of these top travel bloggers is beyond what I initially would have ever imagined. Some have been on the road continuously for well over a decade while others have given up a lucrative profession to pursue their true passion. Others specialize in one particular area of travel (such as adventure) while some are video enthusiasts capturing and sharing their travels for viewers to experience their adventures vicariously. I’ve encountered those who have run away from home confidently gallivanted across diverse territory. Some are located from my own backyard (British Columbia, Canada) and others are found half a world away in a land very exotic from British Columbia. Finally, there are those nomads who take storytelling photos that are truly stunning & memorable. It’s an impressive list of talented nomads and these are eight of them I’m featuring here in this article that I’ve been following and highly recommend to others. 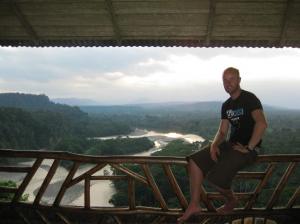 Some digital nomads have a true eye for photography and Brendan Van Son is definitely one of these individuals. With his impressive collection of lenses and dSLR he ventures off into territory in Central and South America to capture what is going on at the ground level while posting handy photography advice beneath his featured photos.  Hardly a one trick pony, Brendan is also a talented writer and publishes the ever popular top 100 independent travel bloggers list that many aspiring travel bloggers can dream of possibly seeing their name featured on at some point in time. To follow Brendan check the following links below: 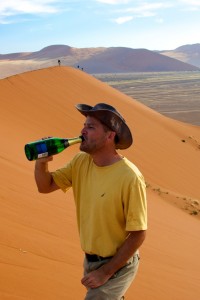 Michael, aka the mobile lawyer did what most individuals would find shocking – giving up a lucrative career as a lawyer to travel around the world overland. His blog features engaging & often hilarious interviews with other digital nomads, impressive travel photos and creative writing about locations, events and quirky travel tales. He has one of the best all-around blogs I’ve encountered.  He’s also the man behind the upcoming Ultimate Train Challenge that is going to whisk a group of talented travel bloggers from Lisbon to Saigon in an attempt to set a world record.  To follow Michael check the following links below:

Emil’s Monkeetime Youtube travel channel is legendary. I’ve confidently boasted in the past that he has hands down the best backpacking travel channel on the internet and nothing has changed since I made that first declaration. Having recently achieved over 1,000,000 views and a subscriber base of over 2000 I’m apparently not the only one who has this opinion. His videos show both sides of the backpacking equation (splendor & woe) & are chalked full of hiliarious/random events while relaying a lot of high quality information about the destinations he conquers. To follow Emil check the following links below:

Leif is one of the first travel bloggers I connected with after creating my blog on July 1st. His story is unique in that he ran away from home at sixteen without a dime in his pocket extensively touring Europe and the Middle East. His site features great budget travel tips, destination guides and personal recollections of his travel experiences. He gives you the lowdown on how to work abroad in professions most would and wouldn’t have ever considered. To follow Leif check the following links below:

Flip Nomad is a Filipino blogger who specializes in travel around SE Asia in general and specifically the Philippines in earnest. Like Michael, Flip interviews digital nomads asking them engaging questions that are really beneficial for readers who are considering going off on a trip of their own. His blog has a lot to offer & I’ve personally become ‘sold’ on traveling to the Philippines on my next trip around SE Asia. To follow Flip check the following links below:

As great as it is to meet nomads from far off corners of the world, it’s also equally comforting to find those who are next door neighbours. The Traveling Canucks (Nicole & Cam) got an early start overseas as teenagers and over the last seven years have stamps in their passports from over 50 countries. They specialize in around the world travel and are huge Vancouver Canuck fans. I have a feeling the more I get to know them we’ll be talking smack about the recent Blackhawks/Canucks rivarly. To follow Cam & Nicole check the following links below:

It would be nearly impossible not to instantly like a guy who hails from the Windy City (Chicago) and loves Thailand. Anybody who knows me personally realizes how obsessed I am with the Chicago Blackhawks, Cubs and deep dish pizza. Traveling Ted’s blog specializes in adventure travel and as he candidly puts it himself, “…(it’s) no idiot box.” I find his articles engaging and informative and it makes me want to be more adventurous when I’m on the road. To follow Ted check the following links below:

Wandering Earl might be the most impressive nomad I know of – he’s literally been on the road continuously for over 12 years – starting his journey on December 25, 1999. If that’s not ‘impressive’ enough he’s set foot in 70 different countries. Earl’s writing is sophisticated and radiates a certain level of experience that just isn’t found on most other travel blogs. As a long-term nomad myself, I can relate well to Earl’s articles and find it impressive that he responds so keenly to the many comments his readers leave on his individual posts. To follow Earl check the following links below: