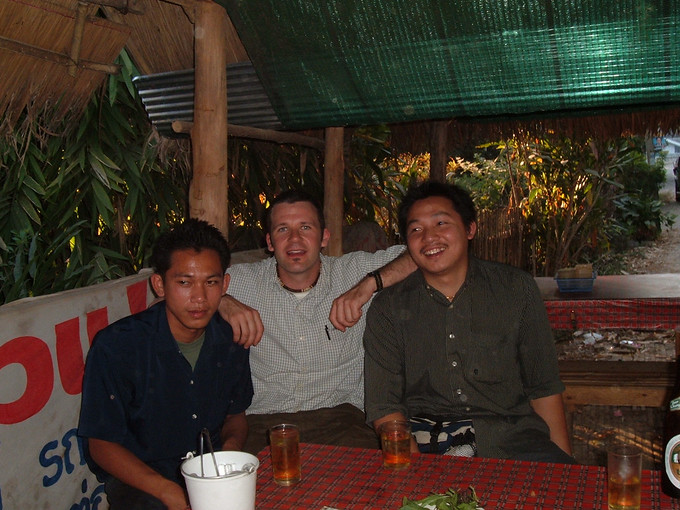 There is a scene in the movie Babel when the Brad Pitt character finally is able to secure a helicopter to airlift his injured wife to safety. His wife in the movie was accidentally shot on a bus by some children playing with a gun on a lonesome stretch of highway in Morocco.

Before getting into the copter, Pitt turns to a young Moroccan man who was instrumental in helping him get medical attention to the remote corner of the world and tries to hand him a fat wad of cash for his assistance. The man steadfastly refused it even though this cash might have represented a year’s wage.

Watching this scene unfold, I got chills down my spine because it reminded me an experience in my travels when I once needed help. I was never in as serious of a position as this one, but at the time it felt like a tight spot.

It all started at a guesthouse in Chiang Mai, Thailand. I met a girl from Venezuela, and she was renting a car and wanted to explore the Chiang Mai countryside. She asked if I wanted to join, and I was game. 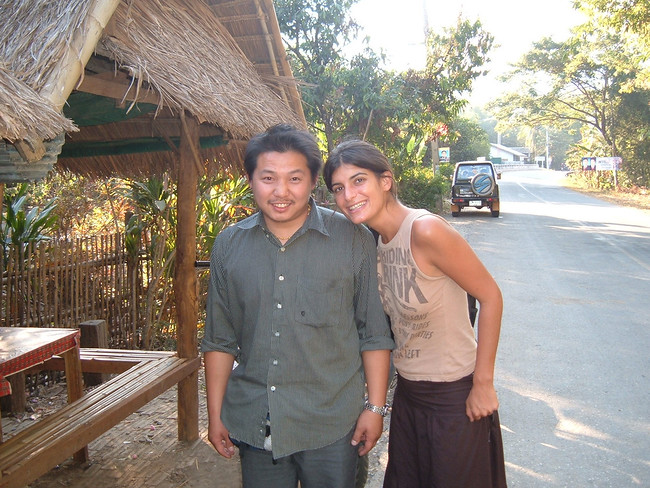 Fast forward to the adventure and the rented car was sputtering up a hill on a remote road approaching the village of Mae Om Som. Before we could summit the hill we had run out of gas. I pushed the car over the top and we sailed for two miles down the steep hill into the outskirts of a Thai village. We both prayed we would coast to a gas station, but instead we stalled right in front of an outside bar filled with raucous drinking Thai villagers. We had hardly seen a person for miles, yet here we were stranded and embarrassed in front of perhaps fifty people all drunk and all enjoying our predicament.

I jumped out of the car and started to push it to the delight of the merrymakers underneath the thatched roof. An older fellow came out and started barking directions to me in Thai. I tried to get close thinking he might have some words of wisdom to relate. Instead, I was knocked back and overpowered by high octane whiskey breath. I should have had him breathe into the gas tank. Our problem would have been solved.

This diversion made the revelers cheer even louder. I wish I would have had the wherewithal to take a picture of the bar at that moment as Nomadic Samuel’s smiling faces site would have been filled with fifty ear-to-ear grins. It may have made the home page for the site.

From out of the mayhem a young man asked in a sober voice in clear English “do you need petrol?” Out stepped Lex, and he said, “I will take you.” I jumped on the back of his moto-bike, and in minutes we sailed into a gas station and filled a barrel full of petrol. We were back to the stricken stranded jeep in no time. 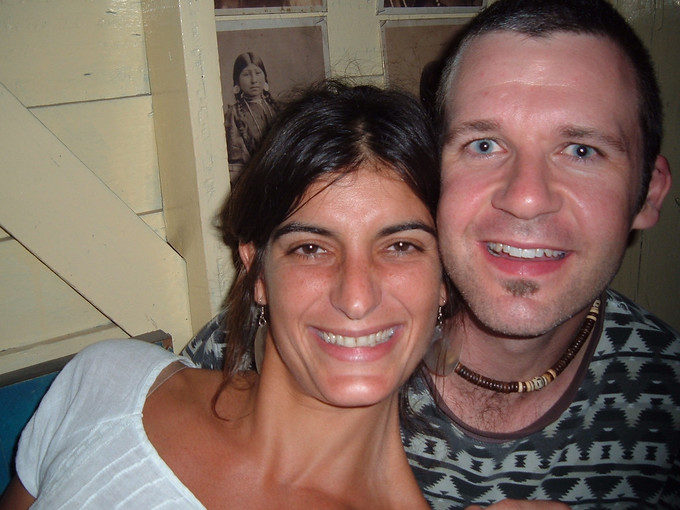 I tried to give Lex money for going out of his way, but he flatly refused. Instead, he asked us to join him for a drink. When we had to move on, we offered to pay for his drinks. He would not hear of it and firmly refused our money. We tried to pay for our drinks, but he had slyly paid the bill and would not accept our baht.

The stories of travel in all countries including our own are widely distributed. Not enough is heard about people like Lex, who like the character in Babel, refused any thought of being compensated for helping a fellow human being. When honest, good people do what they know is right, they do not want to be paid for the act. Their reward is knowledge that they did a good deed and helped a person in need.

This is a guest post from my ‘Windy City’ mate Ted Nelson of Traveling Ted Tv – an adventure travel portal that is no idiot box. Ted’s one of my favourite travel bloggers and one of the first I really connected with on social media. I’ve featured him once before, as one of 8 unique travel bloggers worth following. Believe me, the guy is always up to something! Follow his adventures on this travel blog, connect with him on twitter and check out his facebook fan page.