Several months ago I received an email that I typically tend to delete.  Often, my email inbox is bombarded with requests to help promote travel products, events and/or books.  Typically these emails are impersonal and not directed specifically at me.  I’ve learned to hit the delete button with zest in order to dwindle down my inbox to something sort of manageable.  Luckily, I decided to take a longer look at an email entitled Taste of Israel.

After months of correspondence, I found myself on a flight with El Al departing Hong Kong en route to Tel Aviv.  This would be my first time traveling to The Middle East.  I felt a jolt of adrenaline in my veins and a sense of excitement I had not experienced since my first backpacking trip.  The sense of uncertainty and unfamiliarity had my mind on edge – mostly in a positive manner.

My four day tour around the country with Taste of Israel was nothing short of splendid.  I feasted like a King.  I was exposed to diverse range of culinary wonders that tickled my every taste bud; however, just as important, I got to witness with my own two eyes the diversity in cultures, religion and people that make up present day Israel.  As much as my taste buds were constantly being dazzled, I felt as though my experiences on ground level were just as important.

The following is a photo essay entitled ‘Distinct Faces of Israel’ 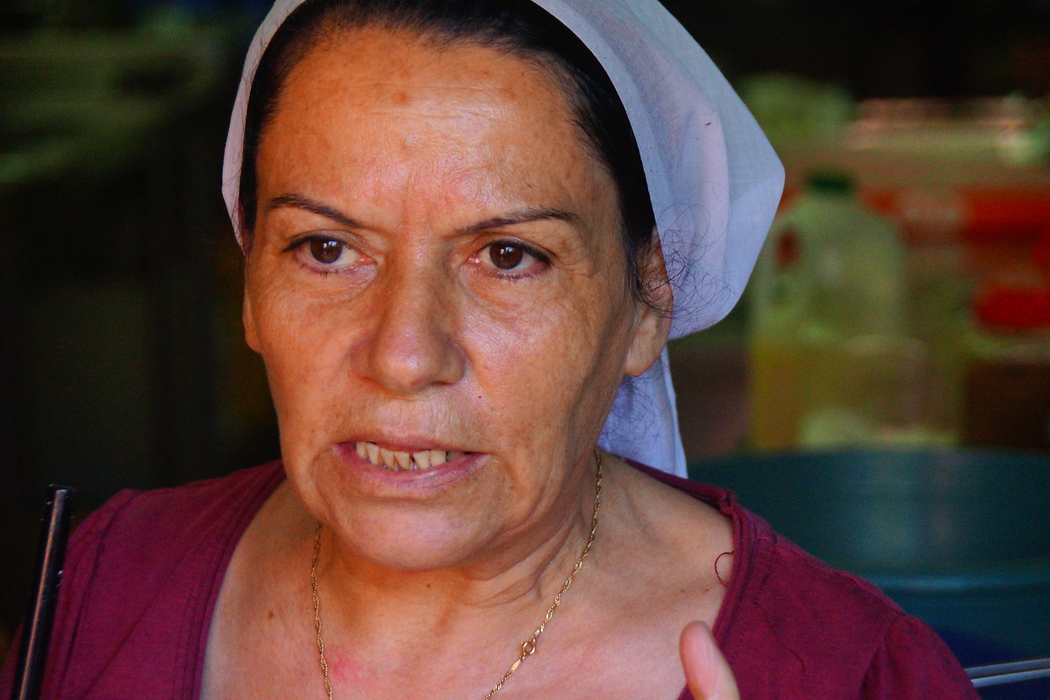 This lovely Druze lady prepared a wonderful feast for us. The dishes kept coming out and even though we were all full we still had room for dessert. 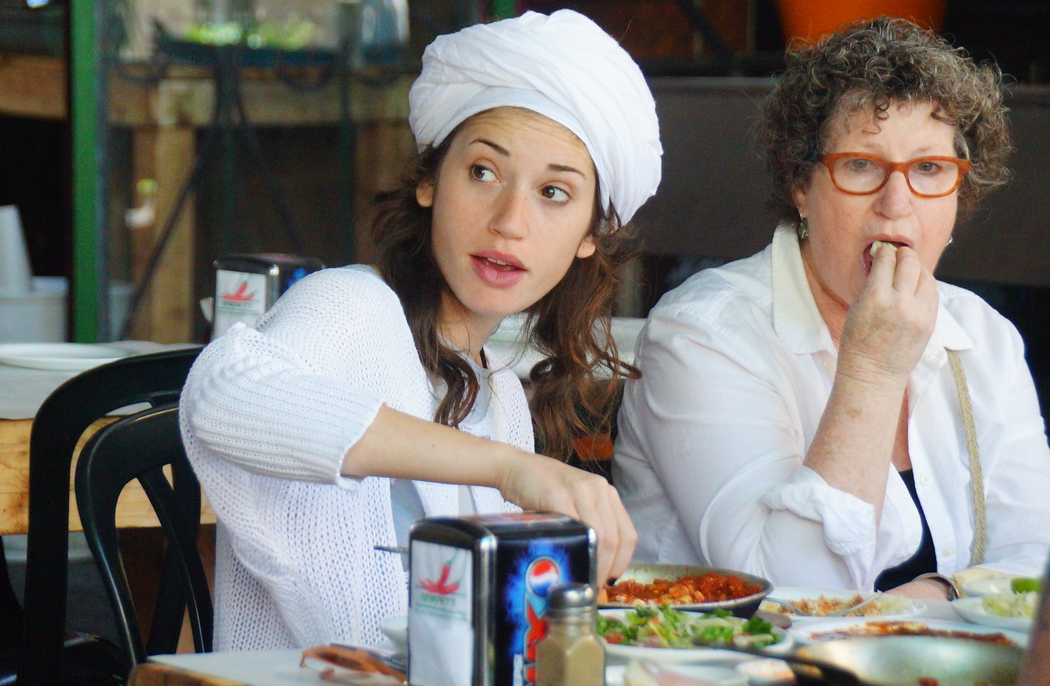 This is a candid portrait of a lady enjoying Shakshouka (eggs poached in a sauce of tomatoes, chili peppers and onions) for breakfast in Jaffa, Israel. 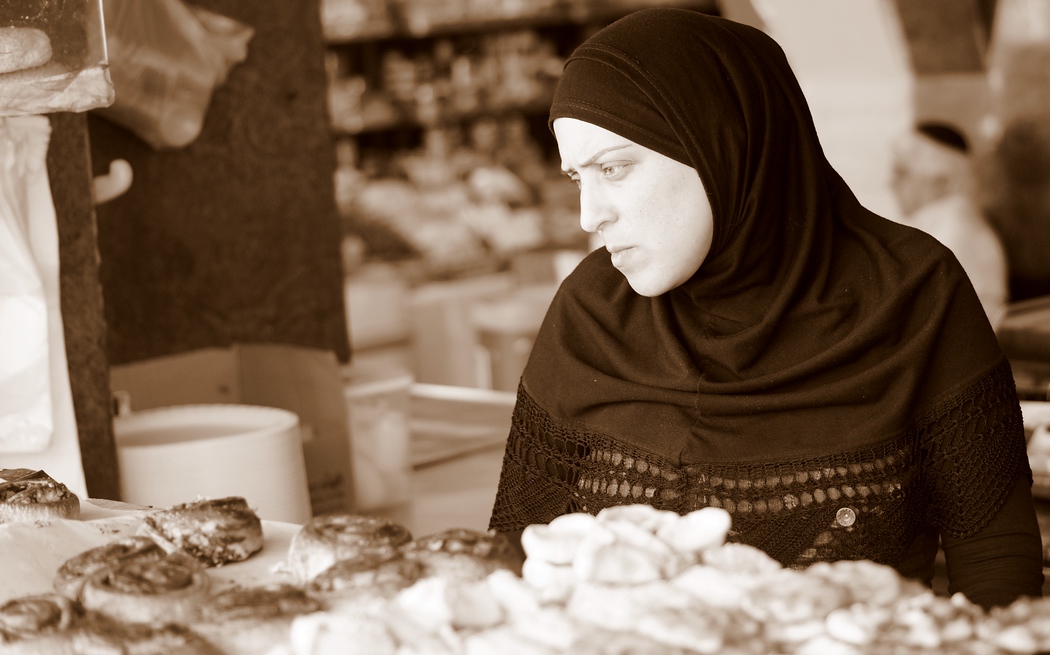 This lady wearing a hijab was selling sweets and other pastries at a popular local shop in Jaffa, Israel. 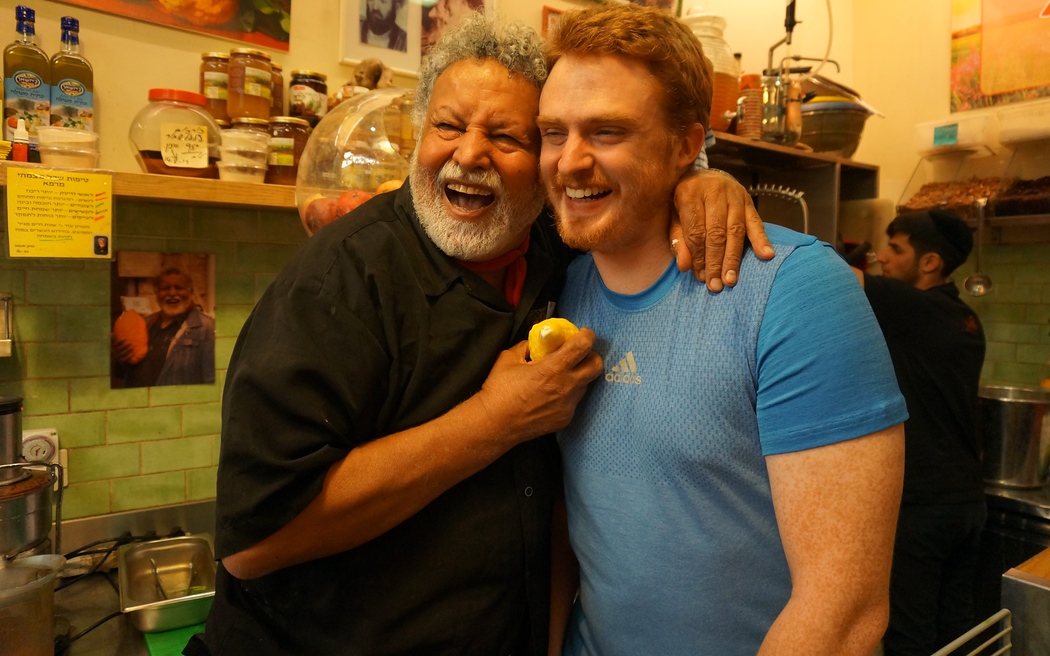 Grinning from ear to ear with Uzi-Eli, the E-Trog Man, at Mahane Yehuda Market in Jerusalem, Israel. I’ll be writing more about him in an upcoming post! 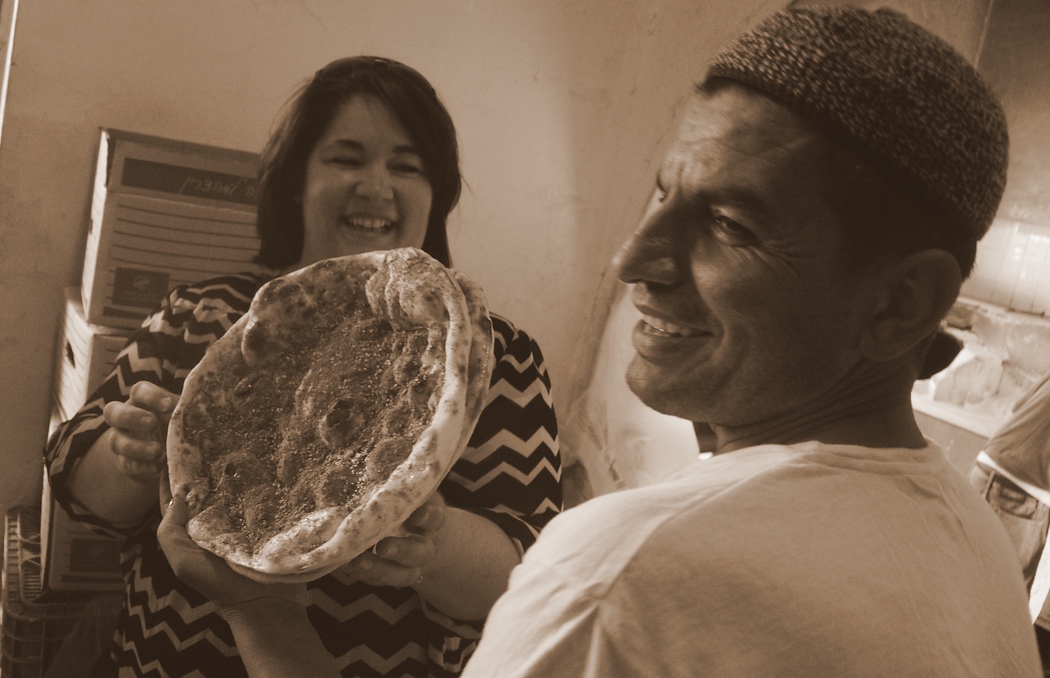 This animated man let us into his bakery and showed us how he skillfully prepares bread. 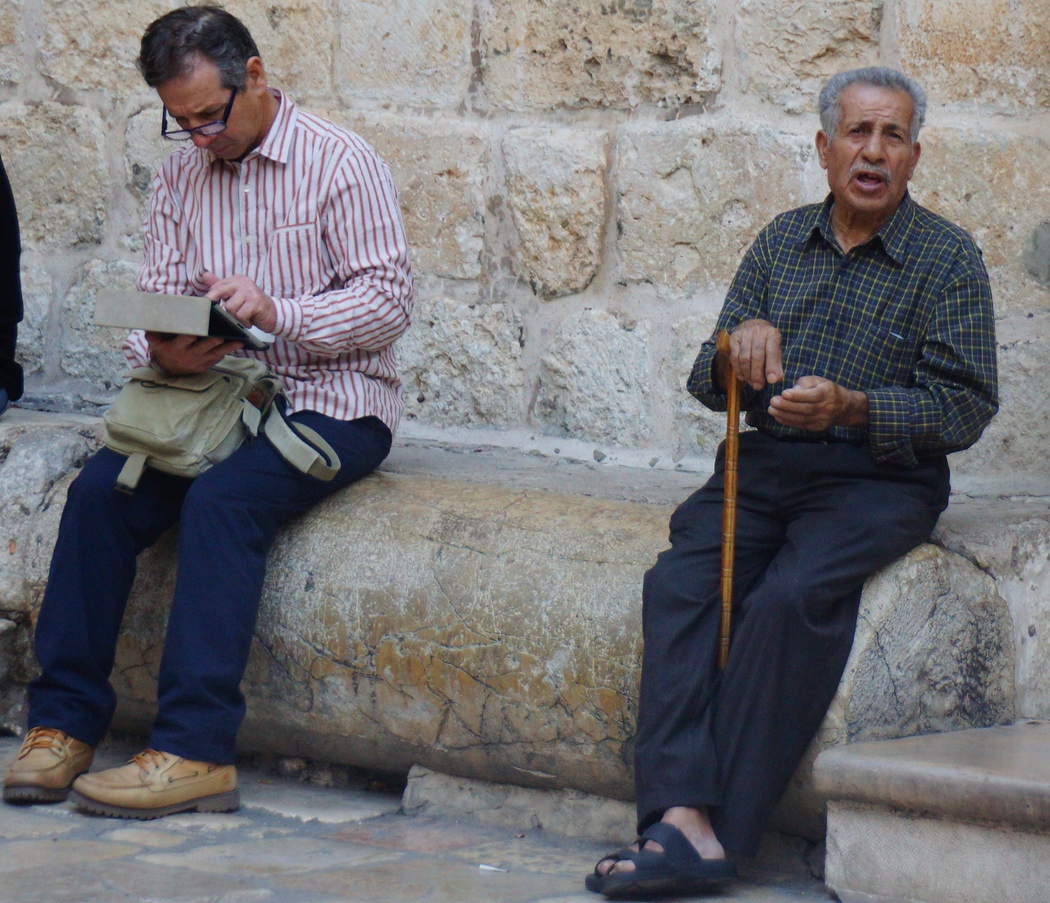 An elderly man with a distinct face and cane sits down in the shade in Old Jerusalem, Israel. 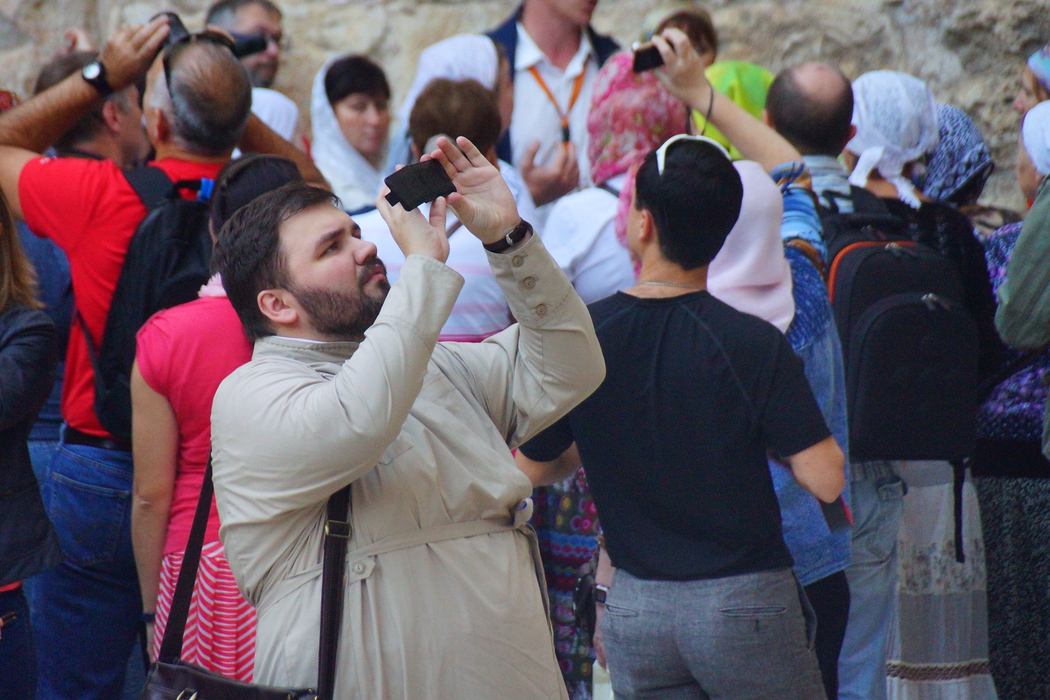 A tourists snaps a photo cellphone camera in one of the busiest areas of Old Jerusalem, Israel.

An elderly man with a beard and glasses wanders nearby Mahane Yehuda Market in Jerusalem, Israel. 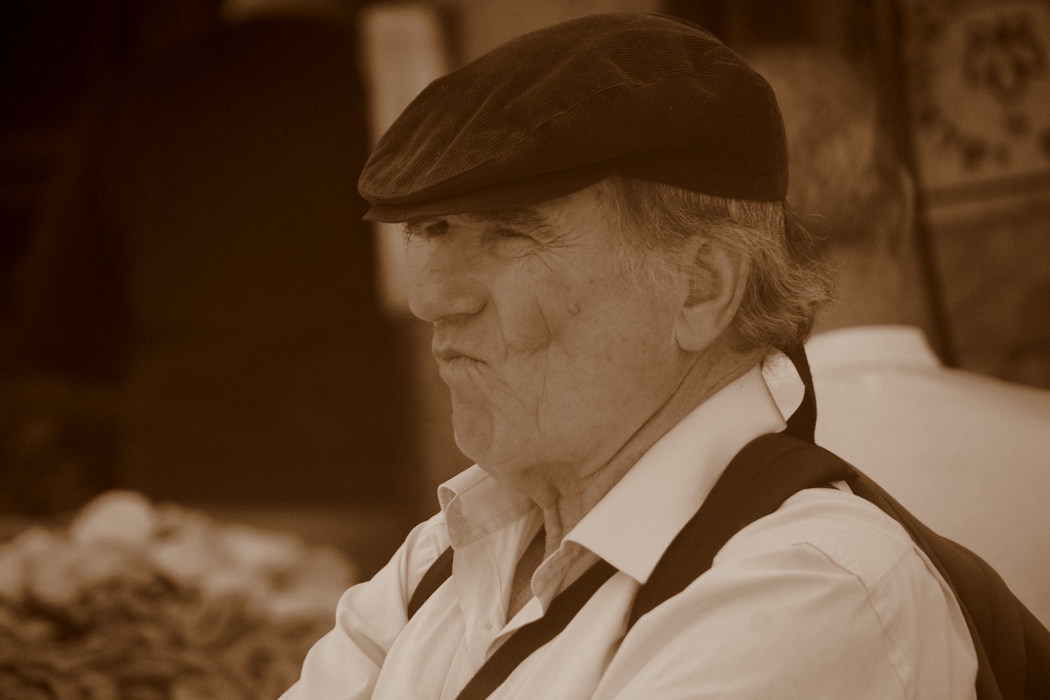 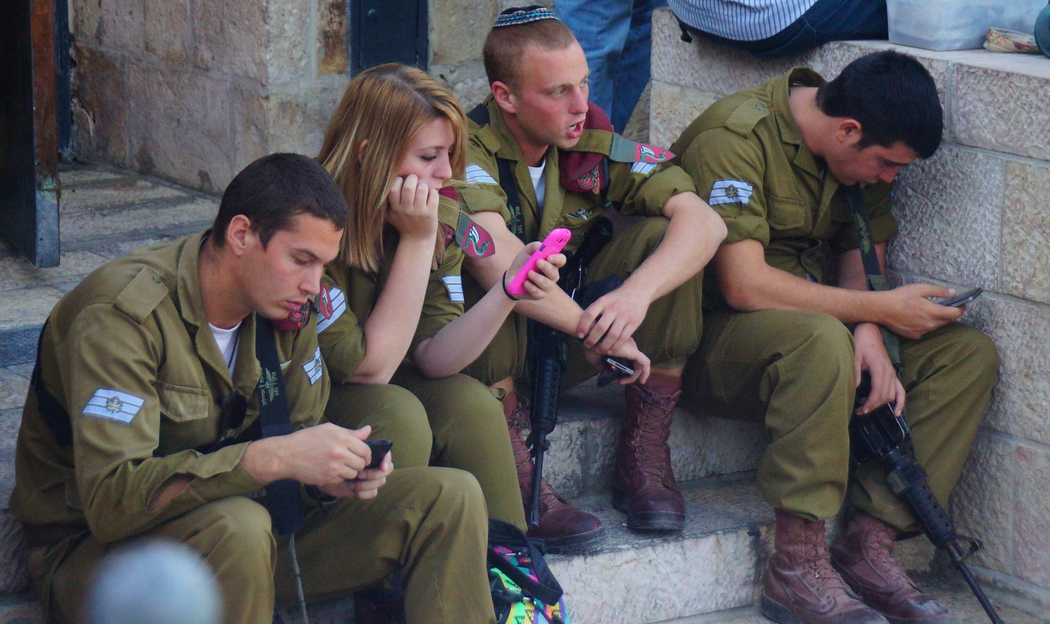 A group of young Israeli soldiers sit down and play with their cellphones prior to a special ceremony taking place in Old Jerusalem, Israel. 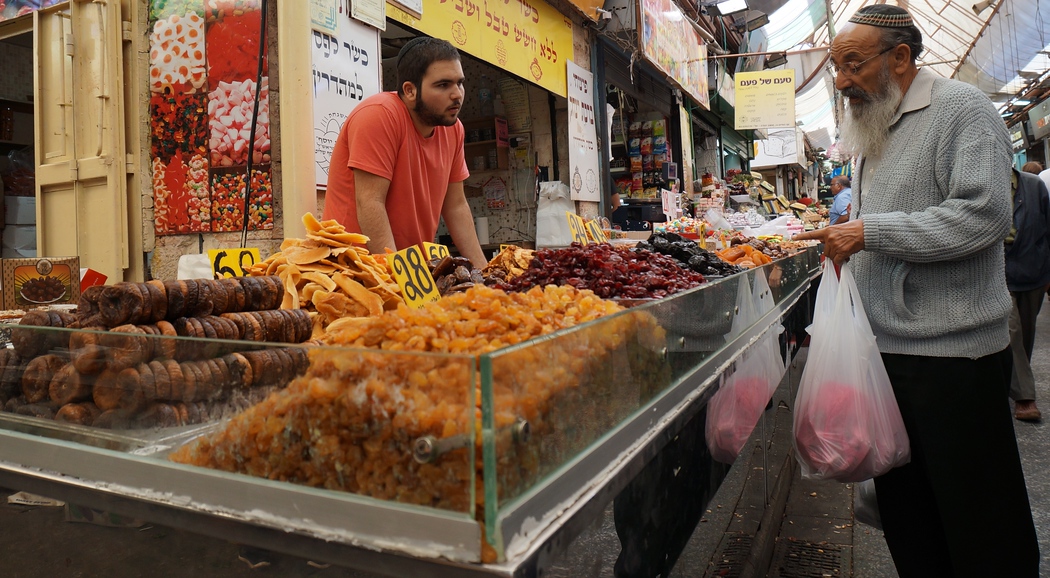 A candid shot of two men having a conversation at a local stall at the Mahane Yehuda Market located in Jerusalem, Israel. 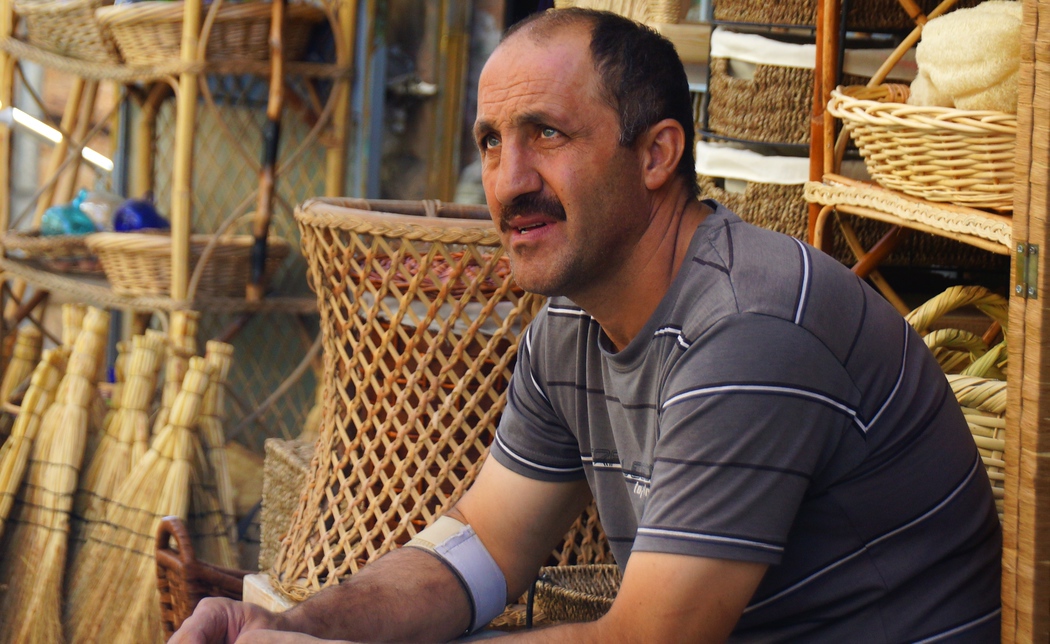 A candid portrait of a man sitting down outside a basket shop.

An elderly man wearing a poorboy style hat wanders down the streets of Jerusalem, Israel. 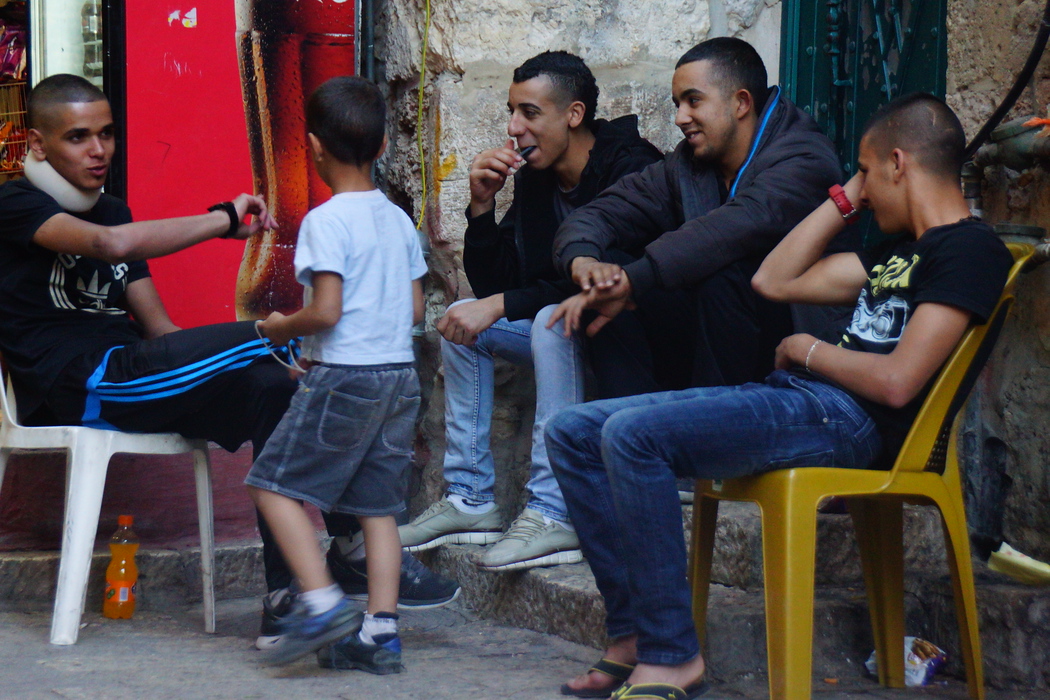 A young child and a group of teenage boys enjoy playing a game and sharing a laugh. 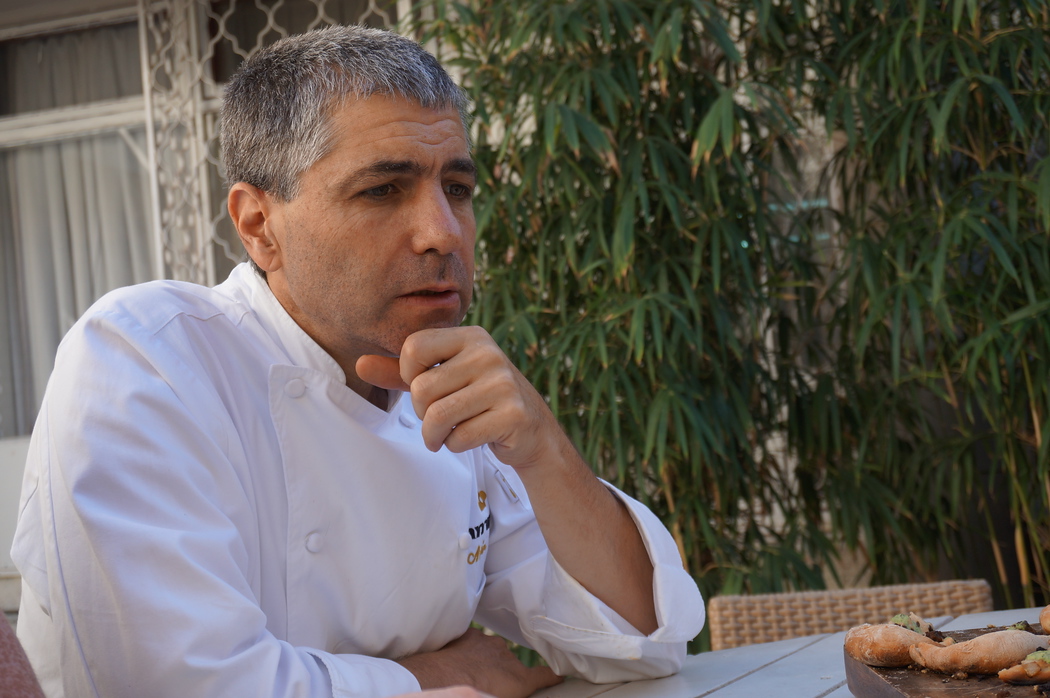 A candid shot of Amir, our instructor at Dan Gourmet Cooking School in Tel Aviv, Israel. We learned how to make Lahmacun. 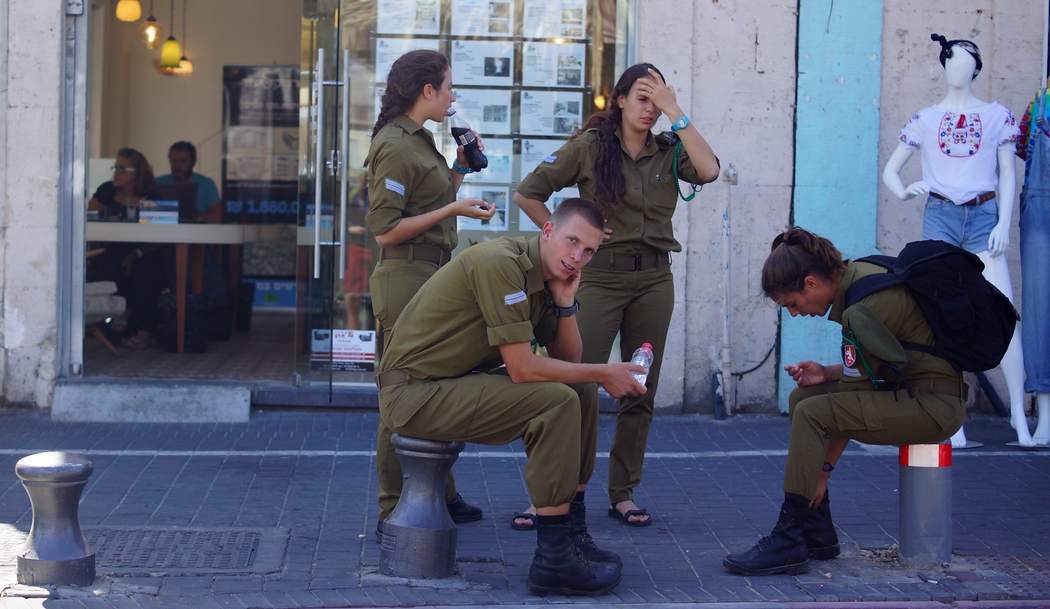 A group of young Israeli soldiers relax in the shade and enjoy refreshments nearby the Flea Market in Jaffa, Israel. 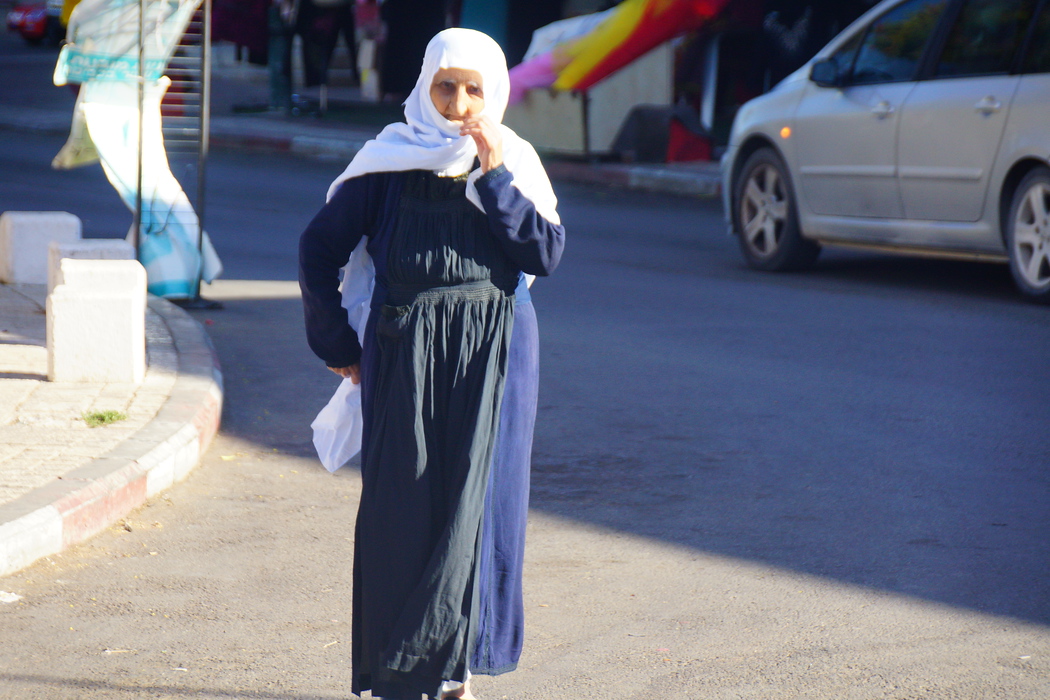 A group of elderly men sit together on a park bench. 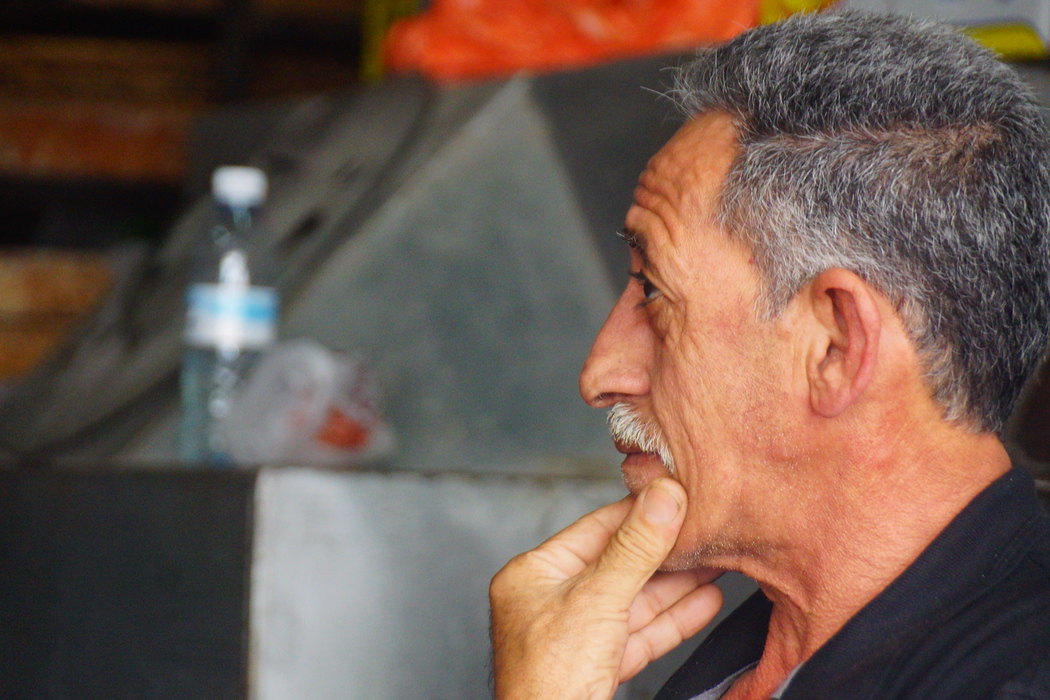 A profile shot of a man who is scratching his chin. 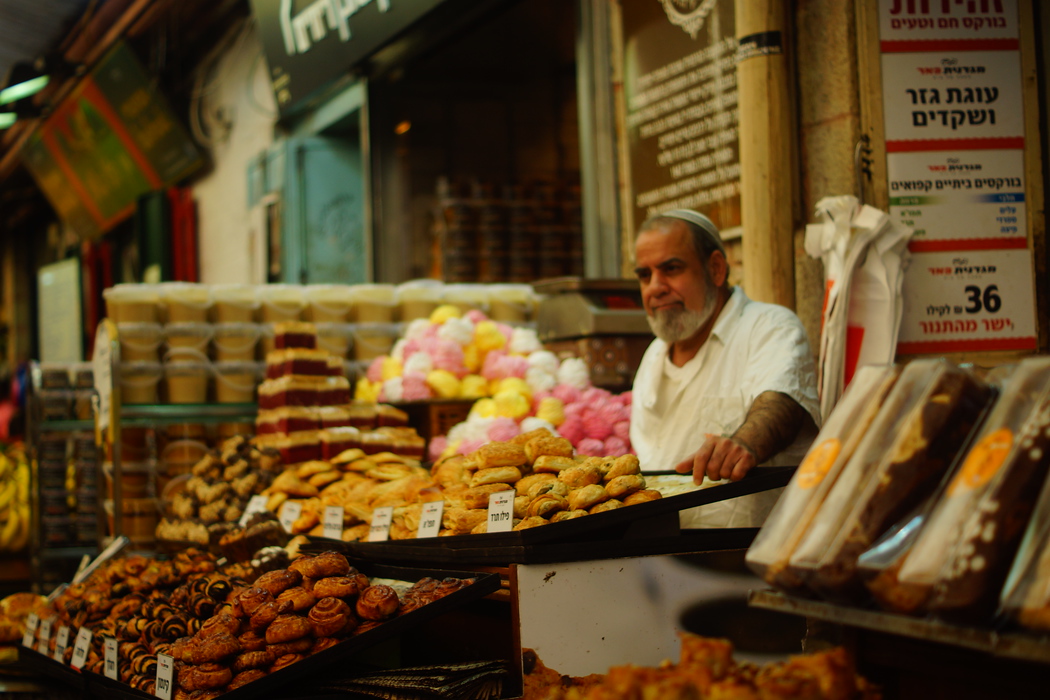 A local baker at Mahane Yehuda Market tends to his pastries that are on display.