I’ve spent several years teaching English in Korea and I’ve taught students ranging in age from 5 all the way up to 80.  Although it’s been a great experience covering such a wide range of ESL learners, I must admit I prefer teaching children.  Although behaviour and classroom management can be issues with this age group, the enthusiasm children generally show in the classroom makes teaching a pleasure at times.

After eating lunch at my Korean elementary school cafeteria, I noticed a group of boys playing soccer wearing.  The same enthusiasm some of them show in my classroom during an English was on display at the field.  I was fortunate enough to have my Sony Alpha dSLR on hand with me at the time.

I was joined later on by the principle who earlier in the day presented me with a gift of some traditional Korean rice cakes.  As we watched the children playing we both marvelled at their youthful enthusiasm on the field.  The following is a photo essay showcasing some candid shots of them playing football:

This Korean boy turned out to be the most photogenic of the entire group. In this shot he’s just made a header. 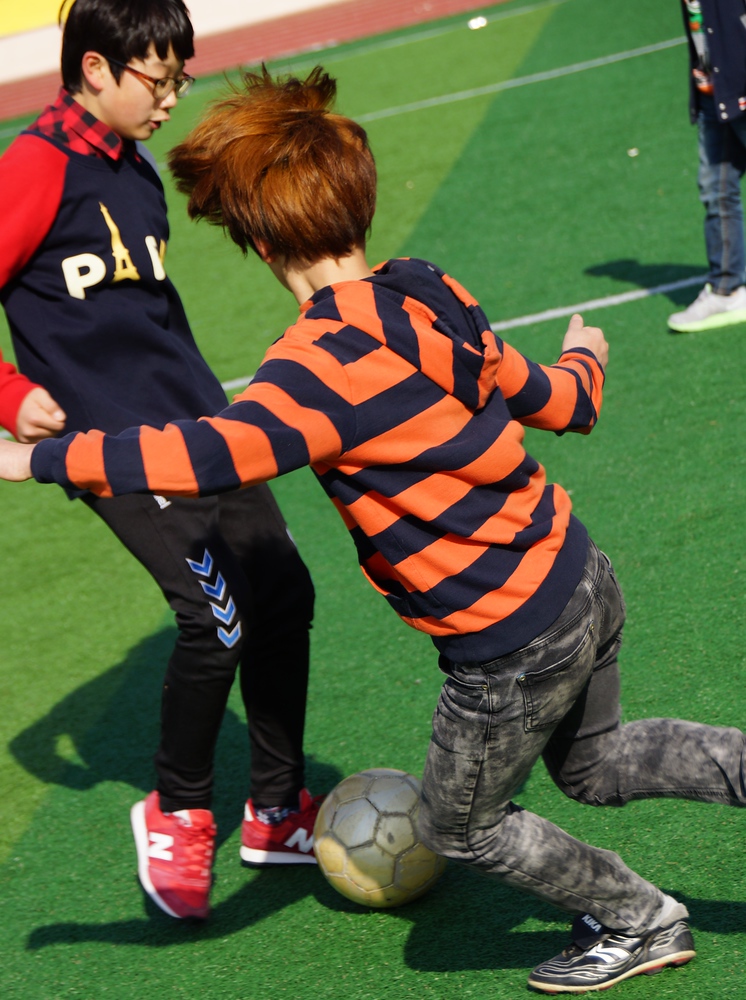 This is an action shot of the children kicking the ball around the school yard. 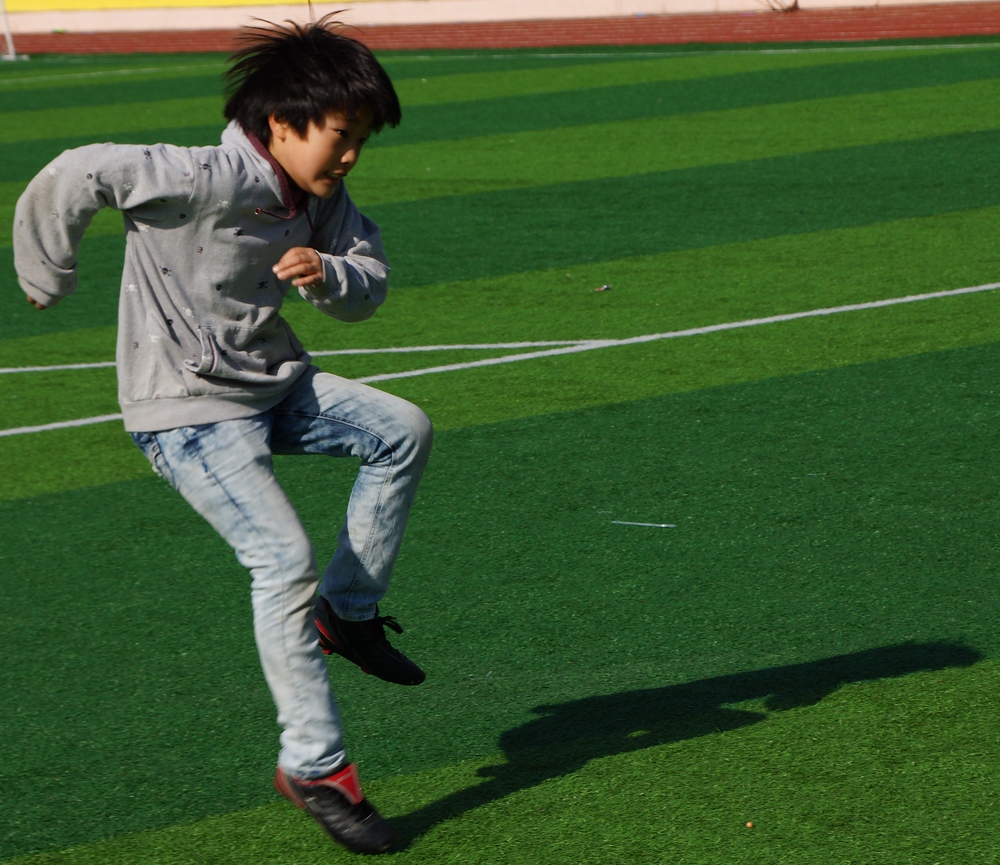 A Korean boy following through on a kick he had just made.

Capturing a candid moment during this action sequence. 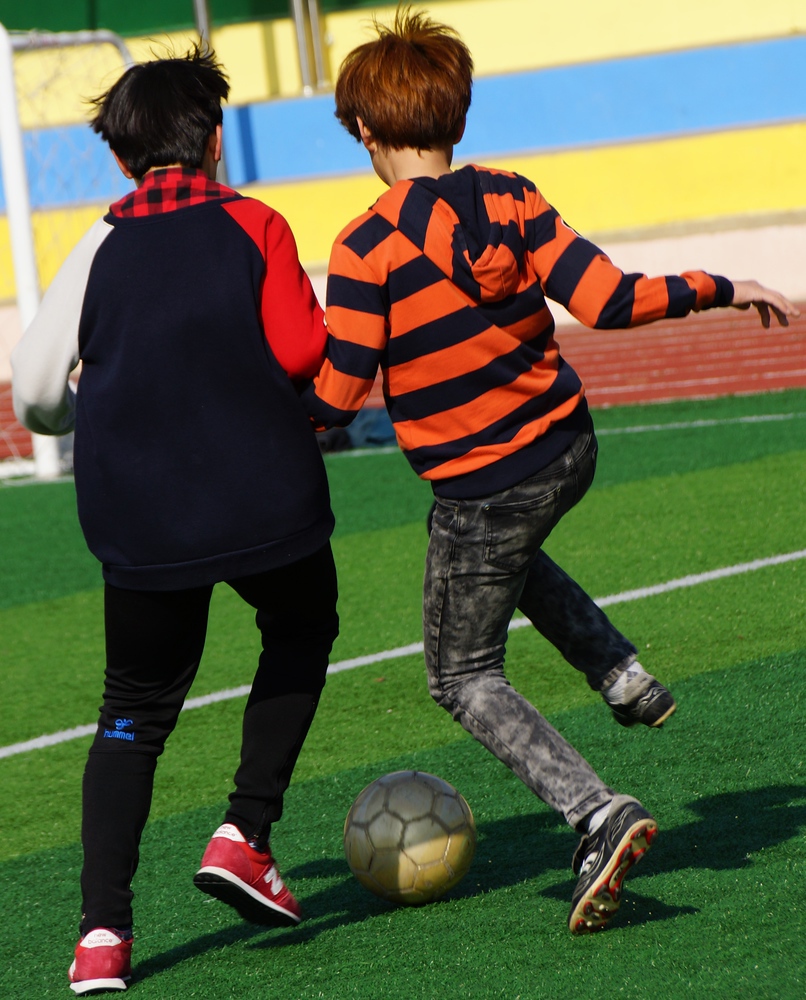 Two Korean boys compete for control over the soccer ball. 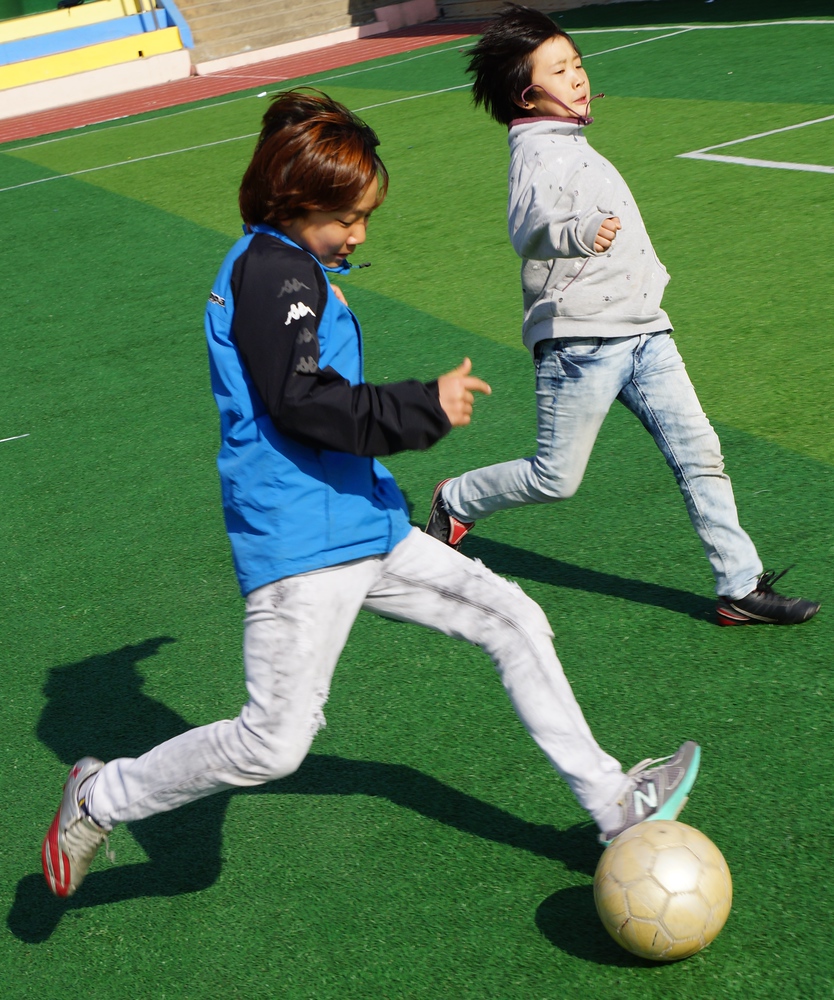 An action shot of a Korean student just about to kick the ball on net. 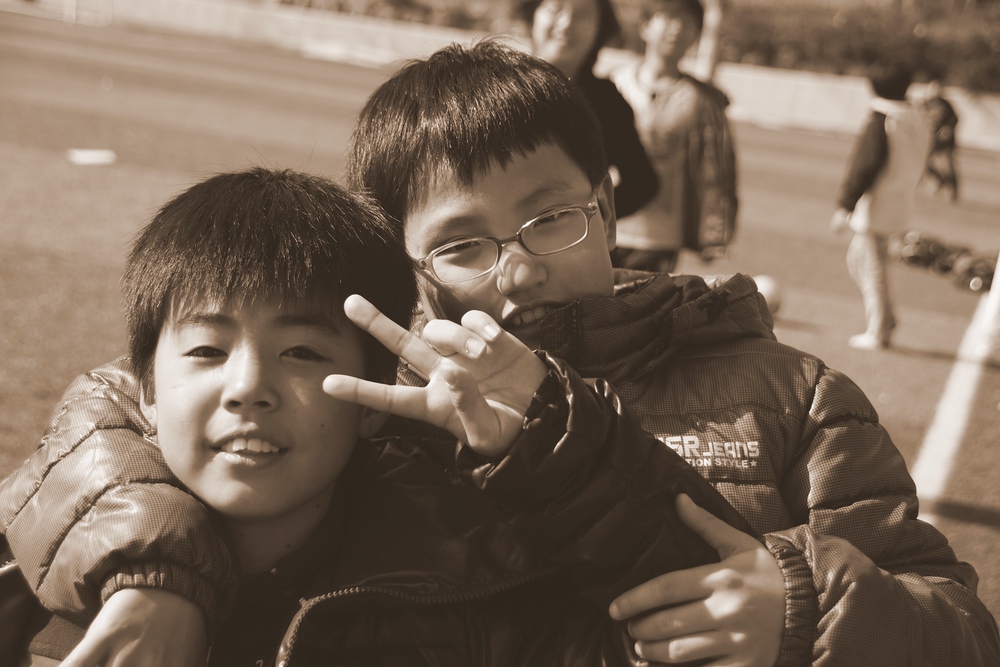 My students are often eager to have their photos taken, as was the case with these two boys.  I have a large collection of portraits of children from the schools I`ve taught at over the years. 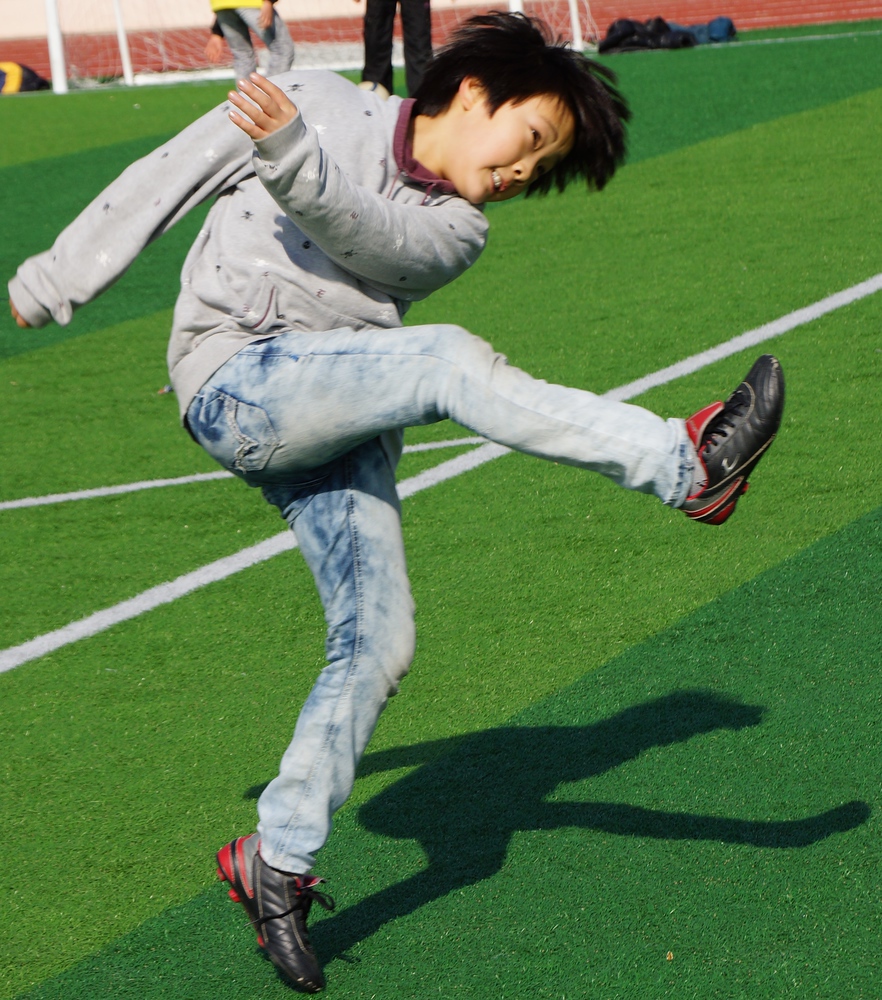 An action shot of a Korean boy kicking the ball. 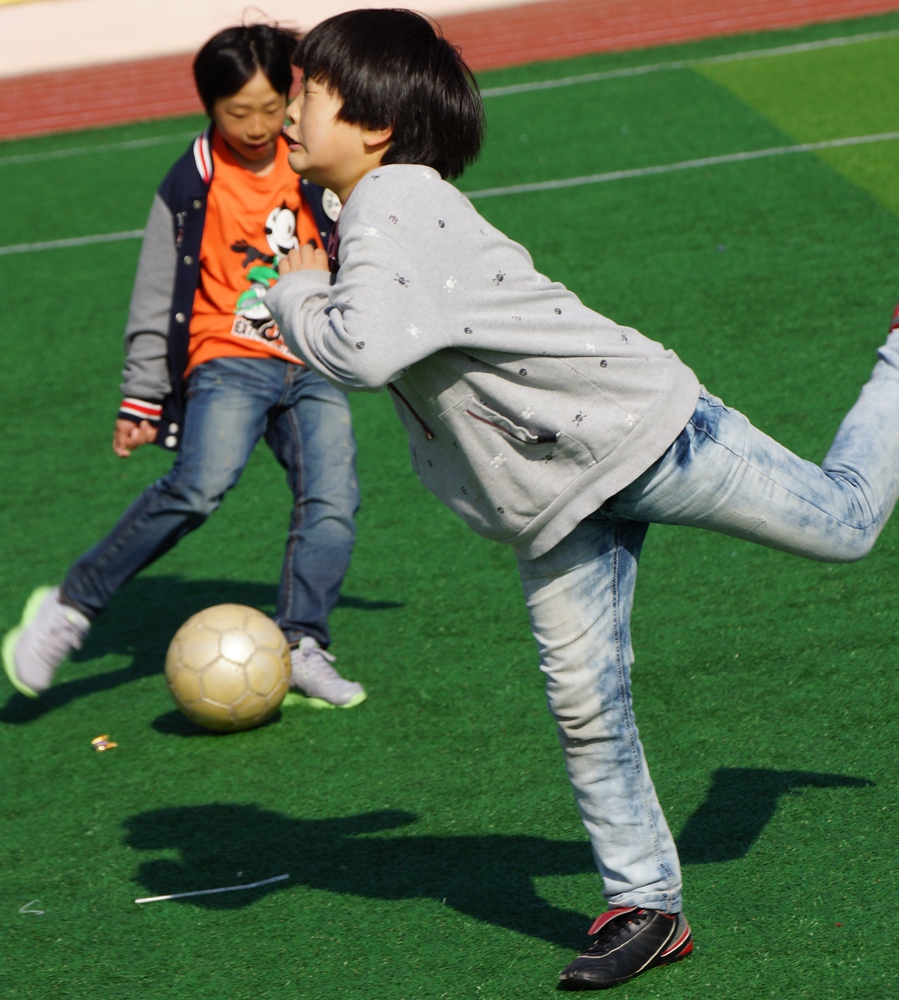 A funny candid expression from a Korean student.

A shot of a boy charging towards the ball just prior to striking it with his foot. 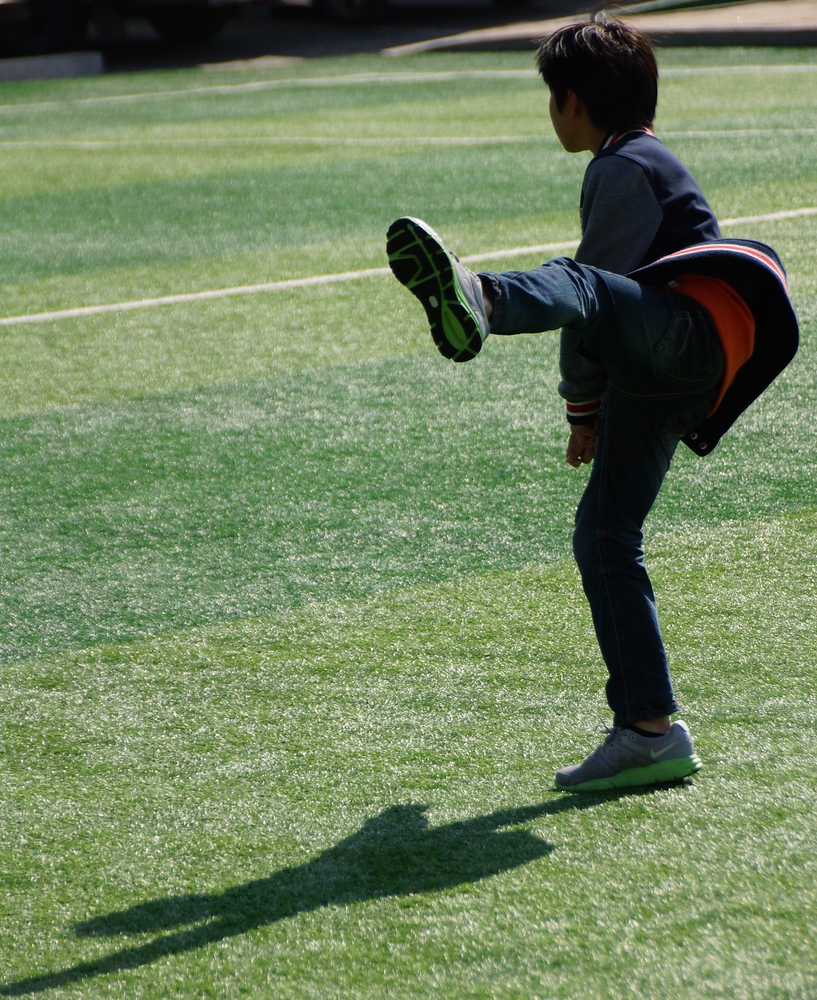 This boy was warming up and stretching his legs. 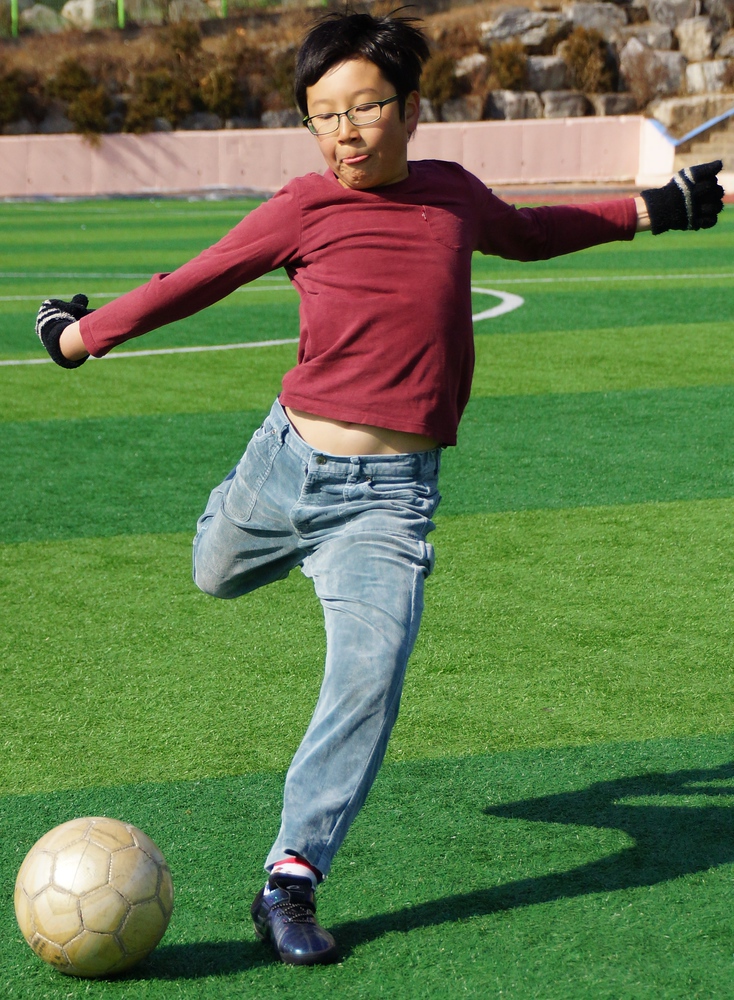 Another action shot of a boy just about to kick the football.

A shot of one of my Korean students leaping.