If one is ever visiting Chicago pondering the best place to ‘people watch’ they need not think of anywhere other than Navy Pier on a gorgeous summer afternoon.  The 1010 meter long pier was built in 1916 and is today the number one tourist attraction in Chicago.  Situated along the shoreline of Lake Michigan, Navy Pier turns into a bustling hive of activity over the weekend as tourists and locals alike converge to take in the various attractions that are vying for ones attention.

Although many come for the Ferris wheel, stained glass museum and/or shopping mall I was on a mission to take some candid portraits.  The opportunity to snap some discreet shots of people wandering along the Pier was literally a travel photographers gold mine of never ending opportunities.  As a travel photography tip, I sat down in a central location along the Pier and snapped some covert shots shooting in live view appearing to be doing nothing more than reviewing my photos on my LCD screen to the casual eye.  When shooting shots of people using this technique it is best to adopt a code of minimal interference.  I honestly prefer not to disturb anyone while they’re enjoying a personal moment in a public place.  Thus, if my subject is unaware I’m taking a photo of them = mission accomplished.

I was able to come back to Navy Pier several times during my six day stay in Chicago because it was located within walking distance from my hostel in the down town area of Chicago.  The following photo essay captures shots of people interacting in a natural manner: 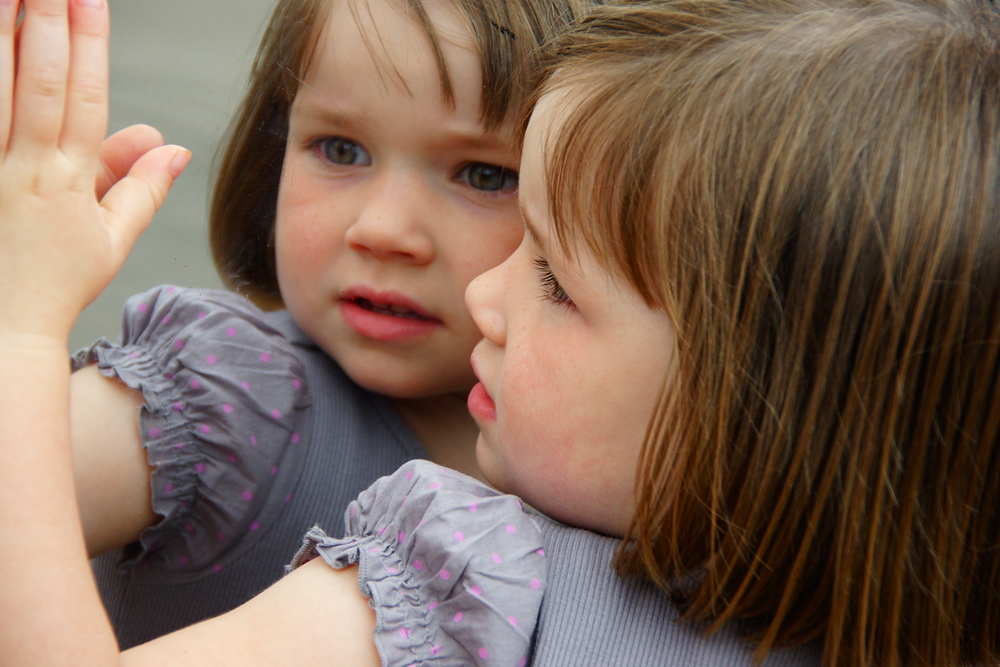 A cute girl is fascinated by her reflection as she stares into the mirror ball.

A man working at Billy Goat Tavern & Grill pours a tourist a pint of beer. 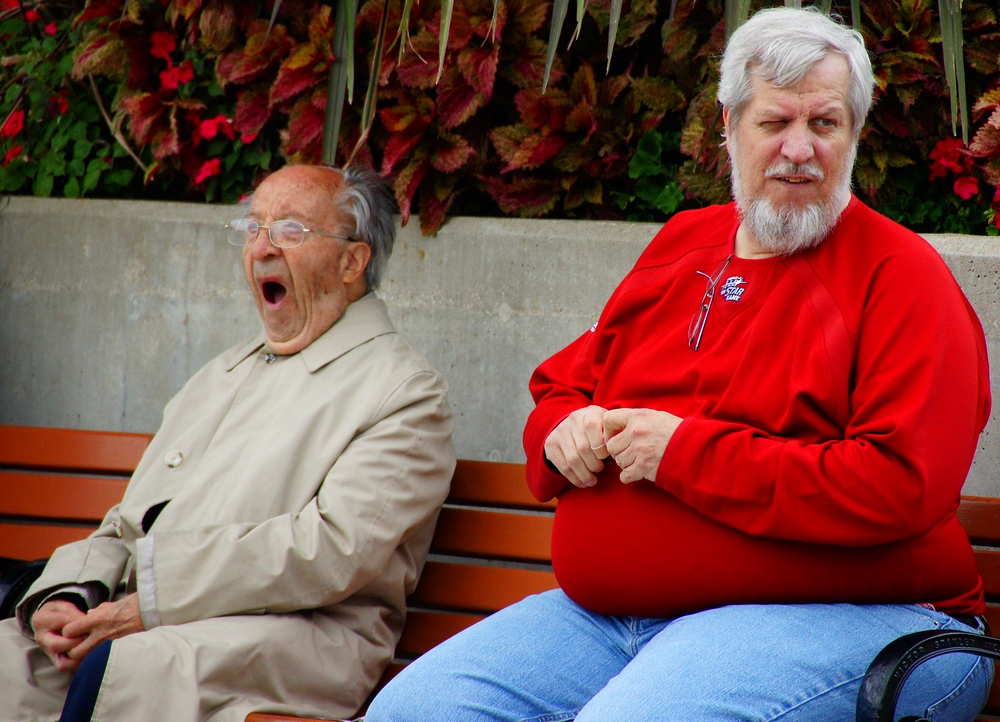 An elderly man wearing a trench coat yawns while another distinct face winks. 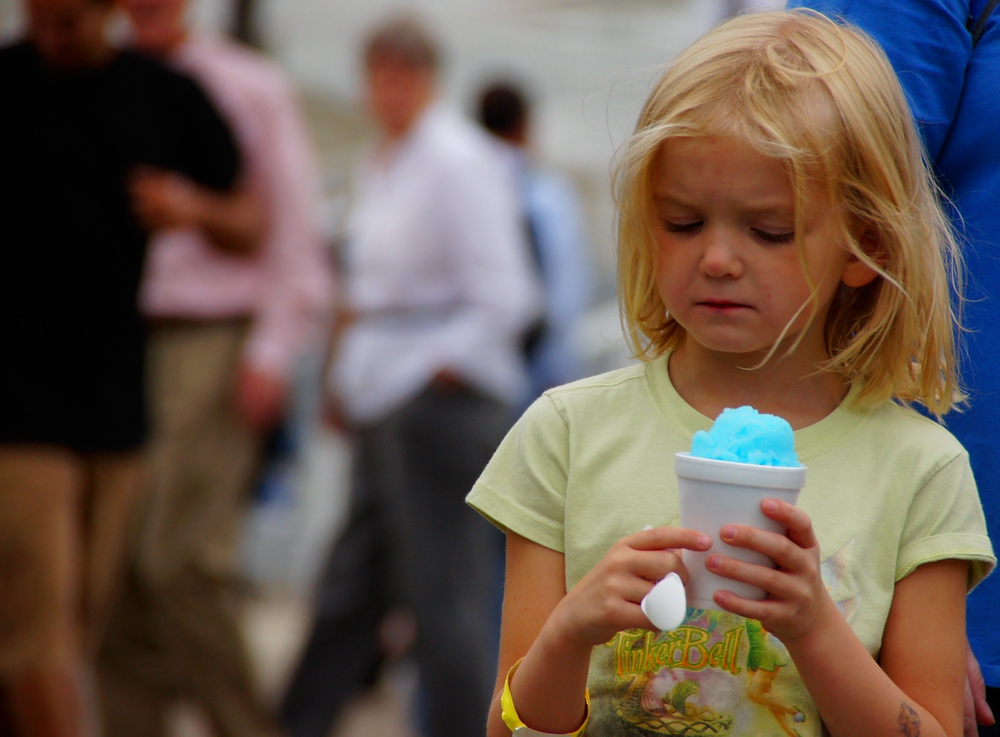 A girl looks down at her blue shaved ice with a local of disappointment. Maybe Mom got her the wrong flavour : 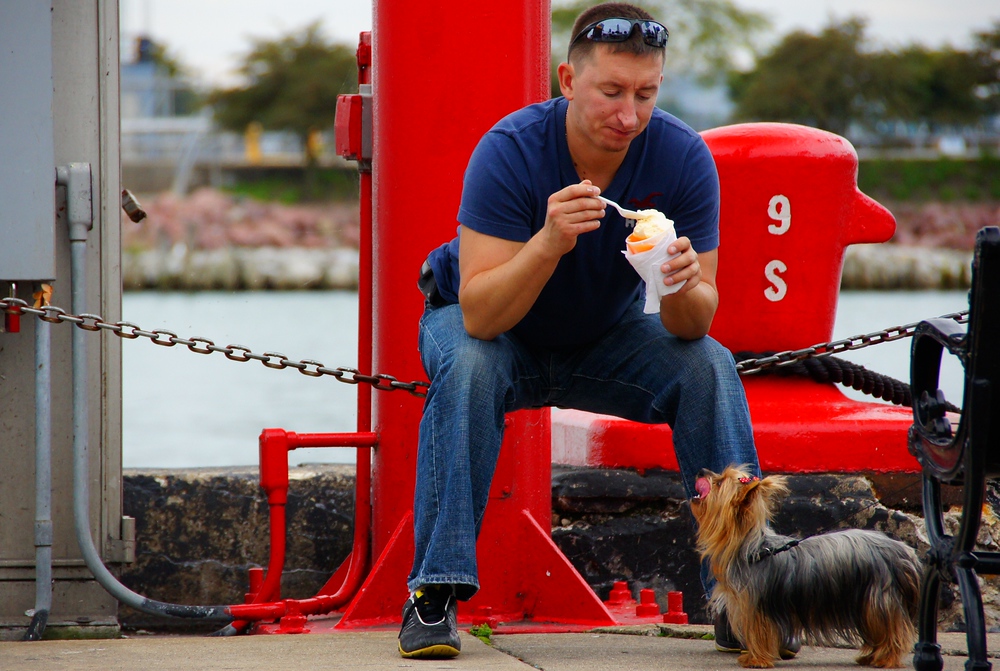 A man sits down to enjoy a refreshing treat while his dog looks up eagerly salivating and indicating he’d appreciate it if the man would share.

A cute girl in a red dress wanders down Navy Pier. 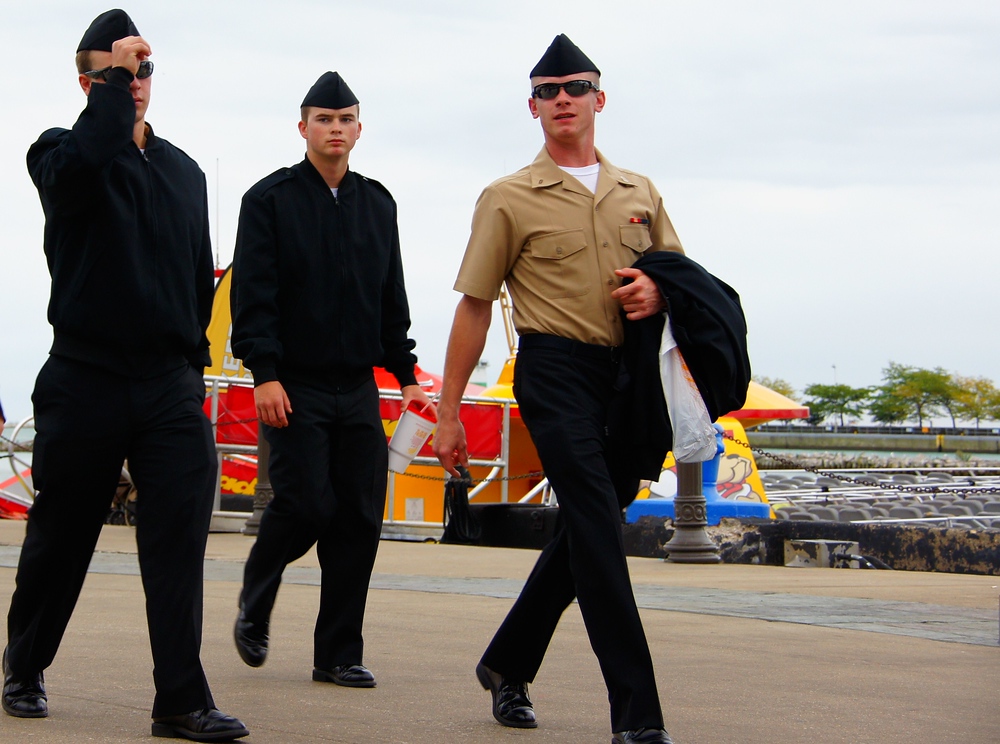 A group of young Navy American men confidently strut around. 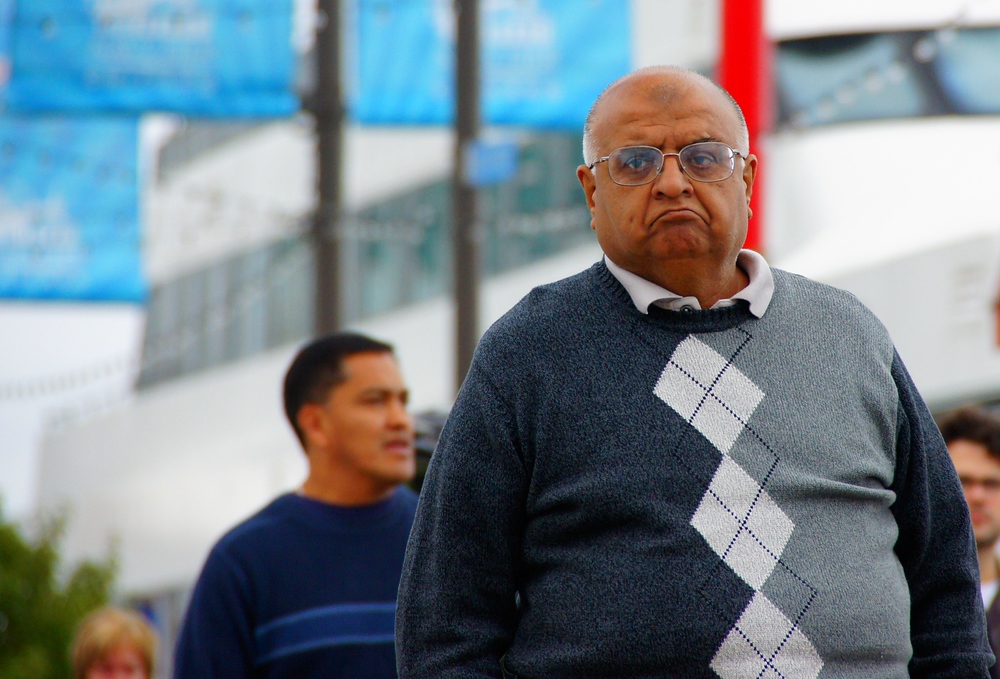 A man with a very distinct face smiles upside down 😛

A group of friends share a laugh and some smiles. 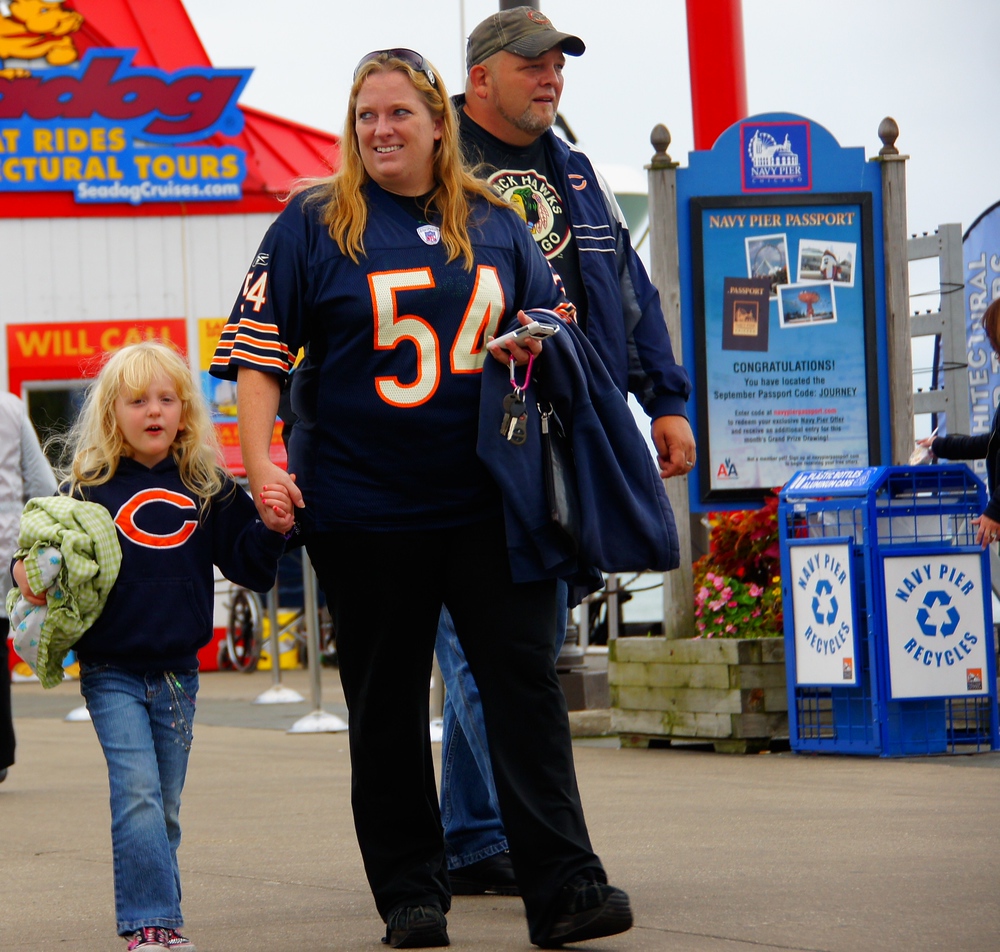 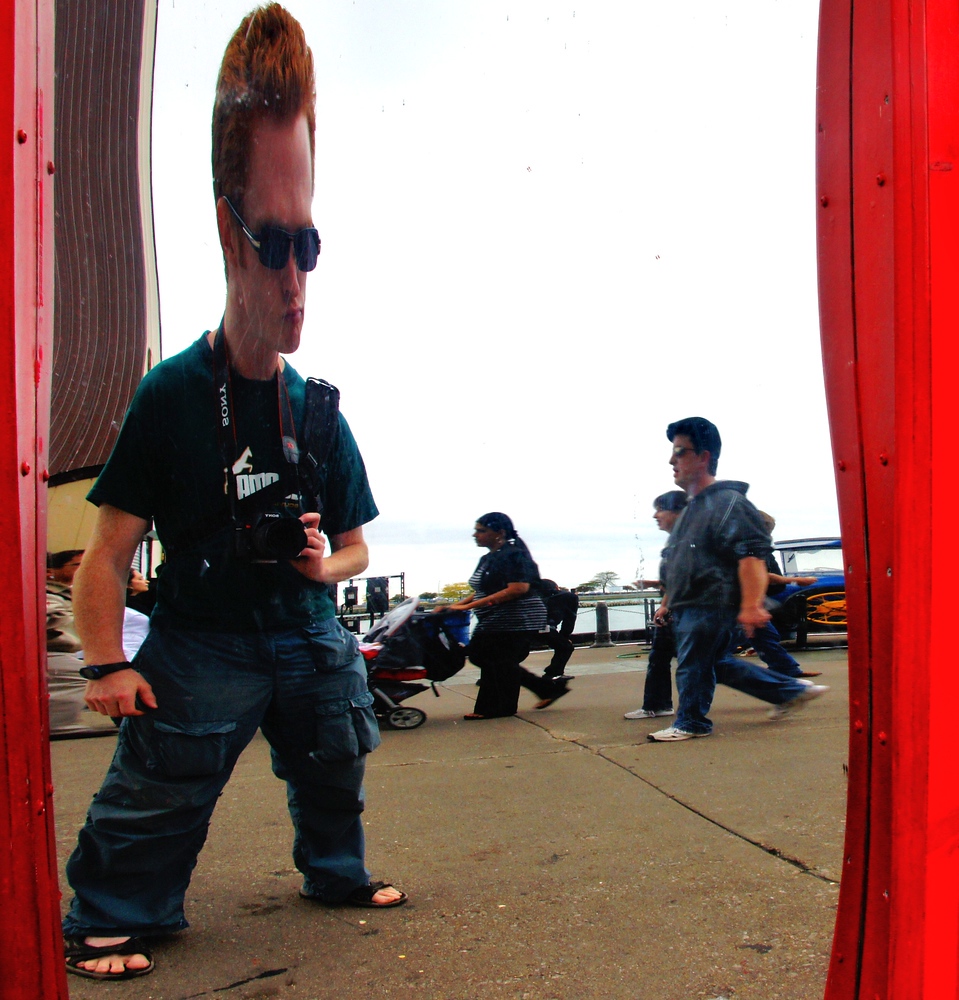 A goofy but somewhat painstakingly familiar looking tourist takes a strange portrait of himself via a distorted mirror. 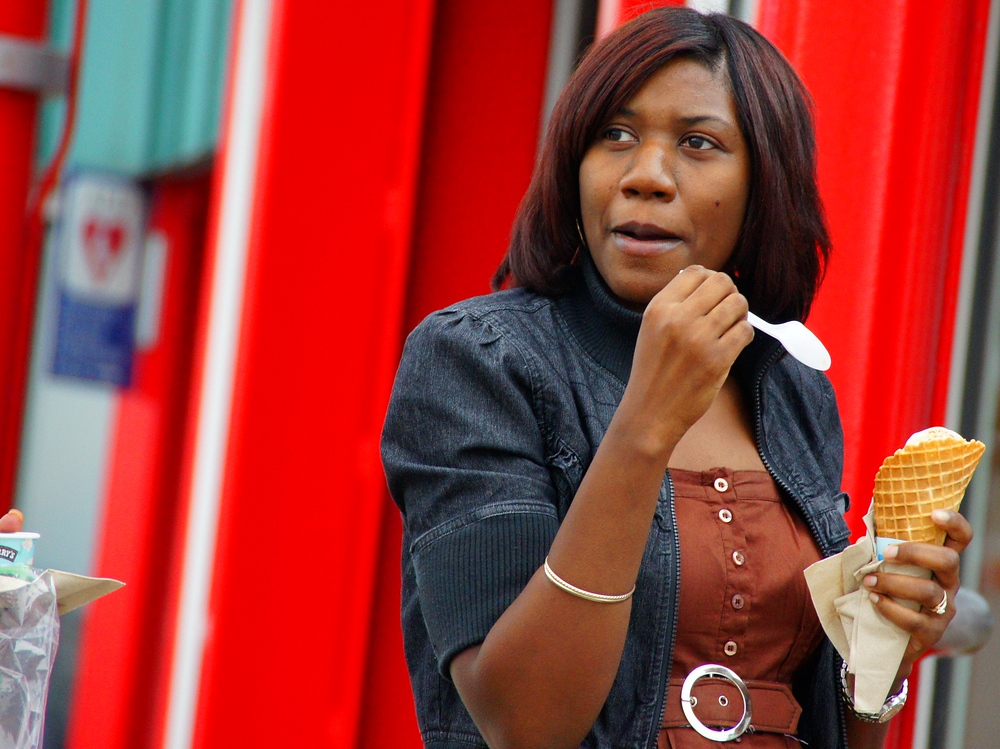 A lady strolls along the Pier while nibbling bites of ice cream from her waffle cone. 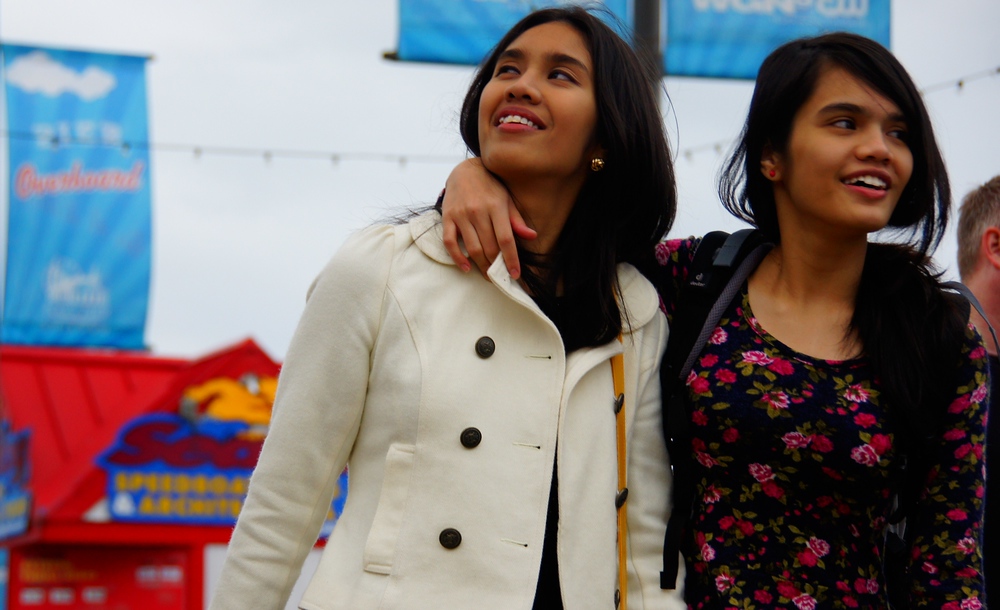 Two ladies stroll down the Pier with an arm around one another. 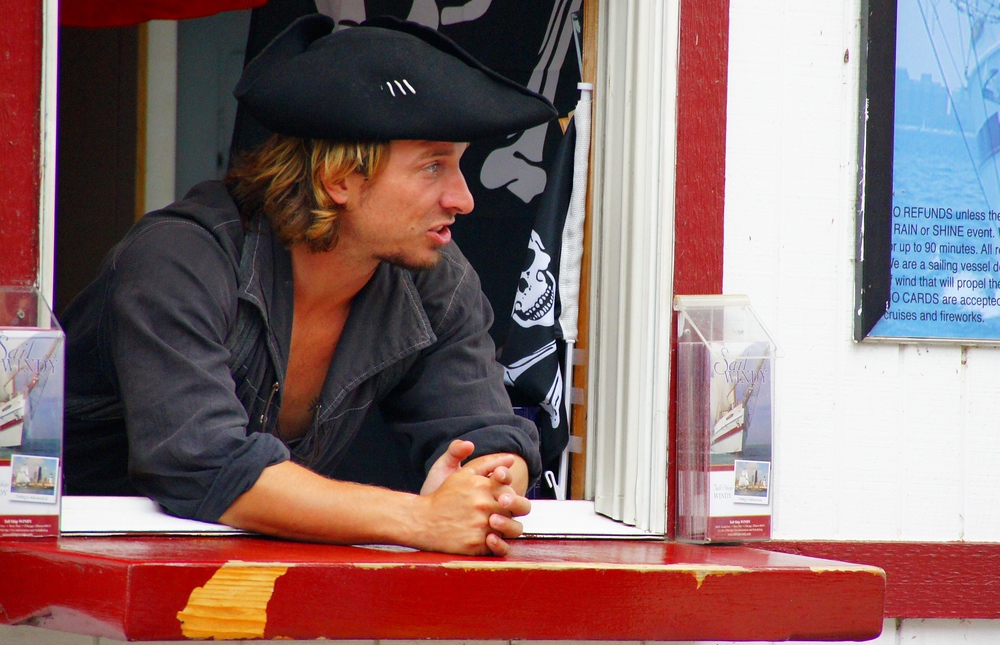 A vendor wearing a sailing/pirate hat and uniform tries to persuade passer-bys to take a tour.