As a backpacker I live for spontaneous moments. I get more of an adrenaline rush walking around a corner and finding a group of ladies dancing on the street than I do paying for a staged event.  When I was visiting Chiang Mai, Thailand back in 2011, I was treated to one of these magical moments once again.

I remember vividly wandering around the city earlier in the afternoon taking photos various temples, markets and street scenes.  Feeling completely knackered and destined for a quiet night in my guest house, I quickly felt energized upon hearing commotion coming from a distance.  As I approached nearer it became clear some kind of special Thai cultural performance was about to take place.

A group of Thai high school aged teenagers delighted an ever expanding audience to a series of cultural, martial arts and contemporary dance events.  The level of practice, dedication and skill to pull off some of the manoeuvres was seriously impressive.

The following is a photo essay capturing some of the magic moments I experienced: 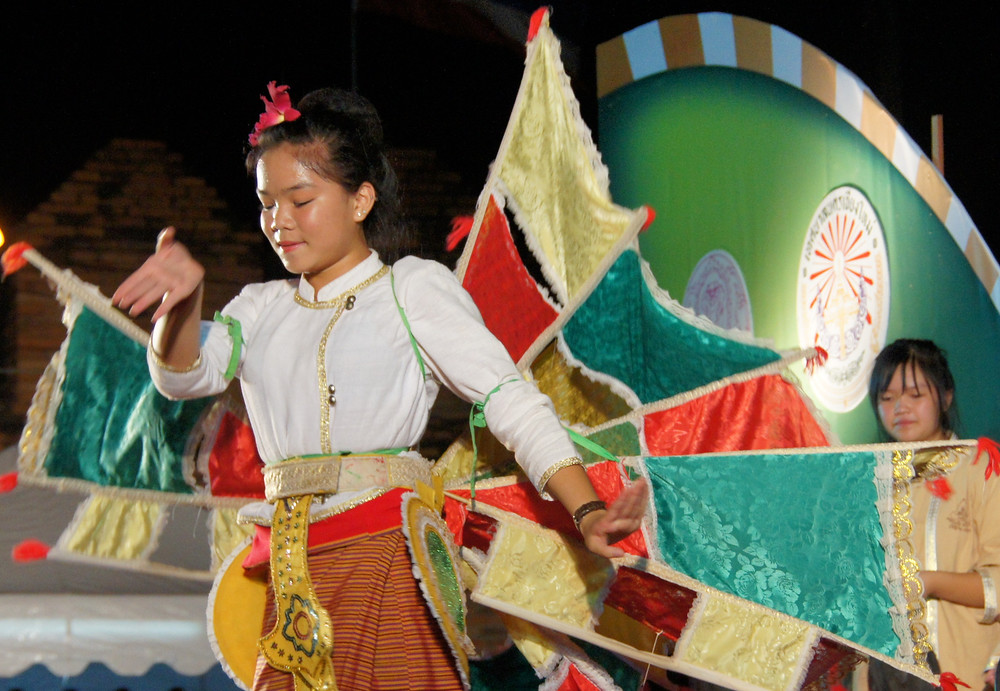 A Thai teenager blissfully dances around the stage with a smiling face. 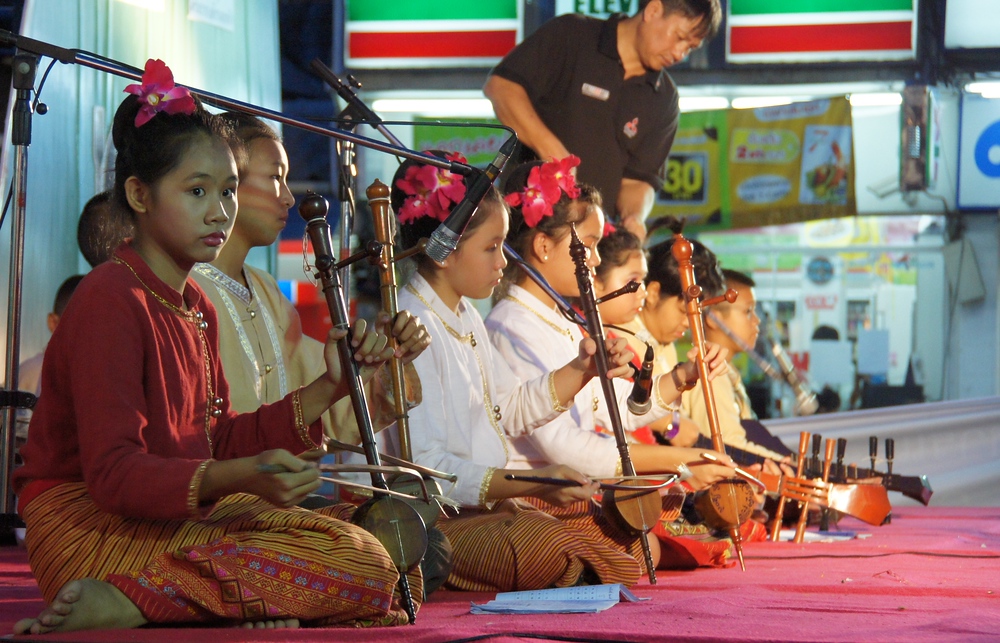 A group of Thai teenagers play traditional Thai instruments on the stage. 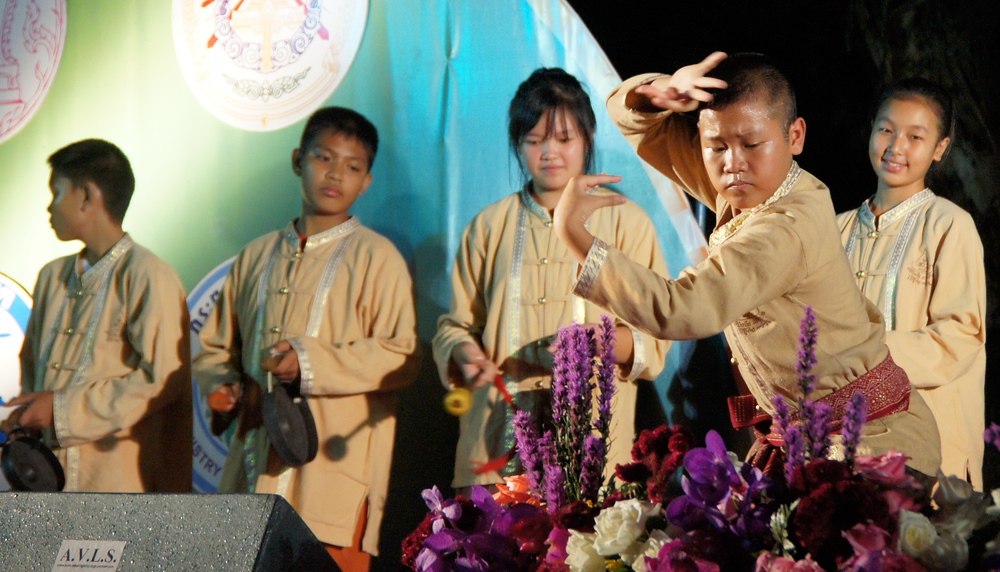 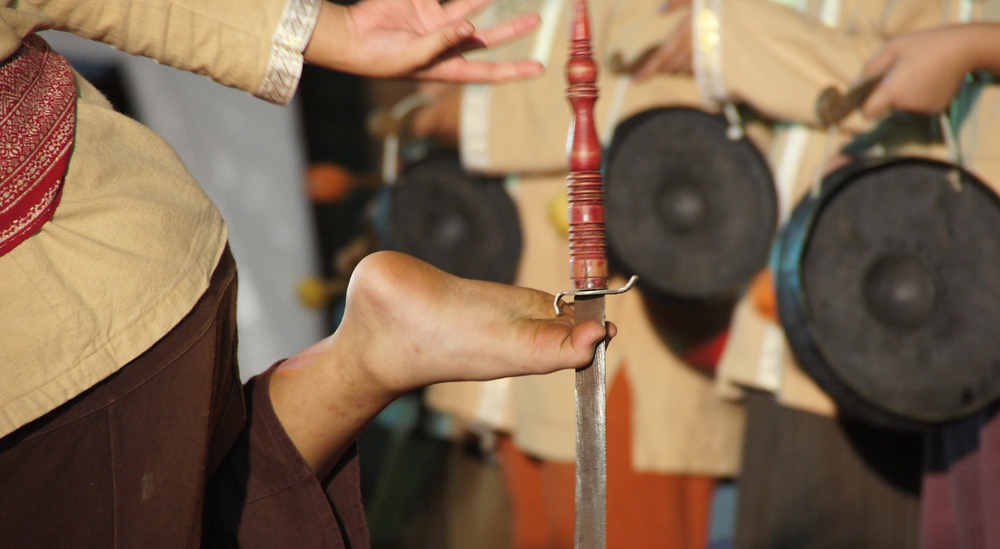 A close-up shot of a Thai boy performing martial arts stunts with a dagger in between his toes. 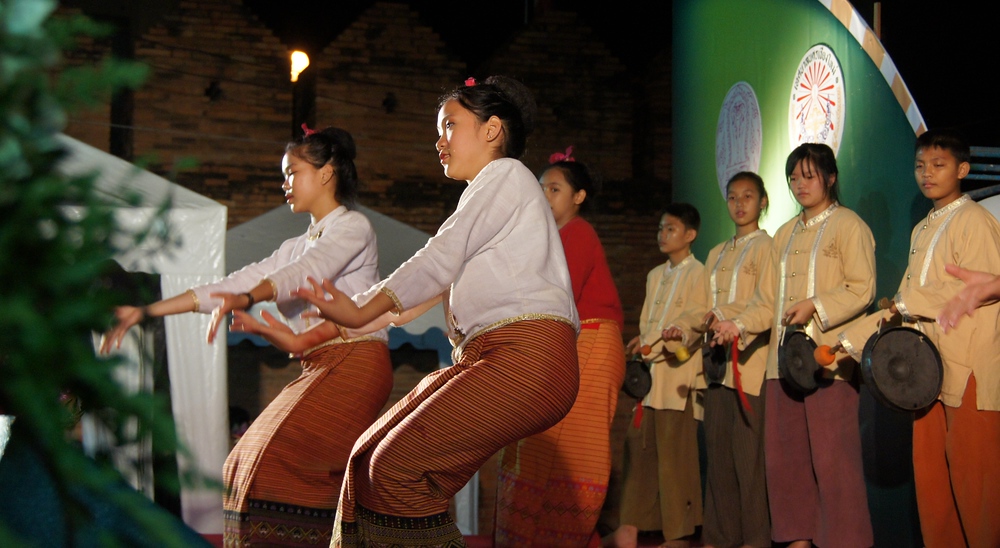 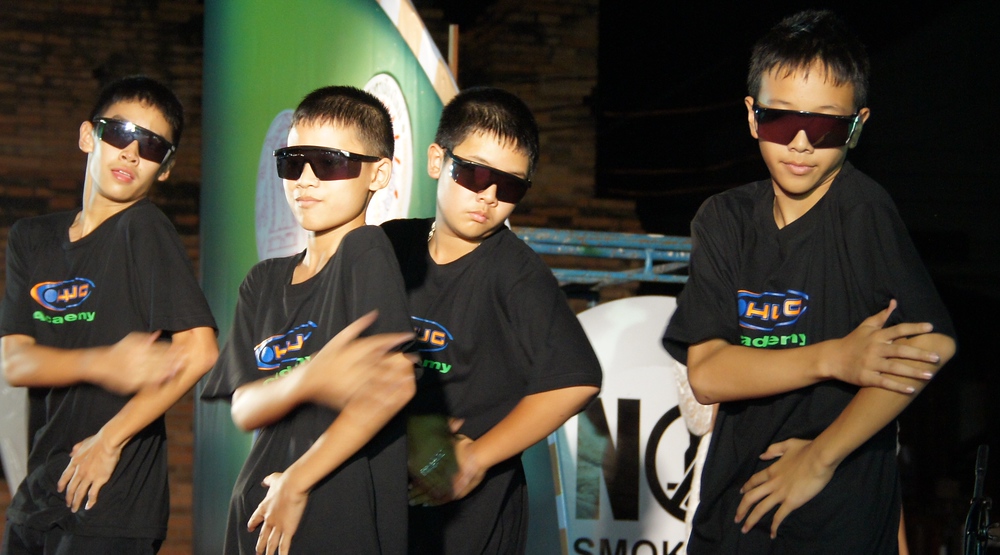 A group of teenage Thai boys decked out in matching black outfits perform a rap routine. 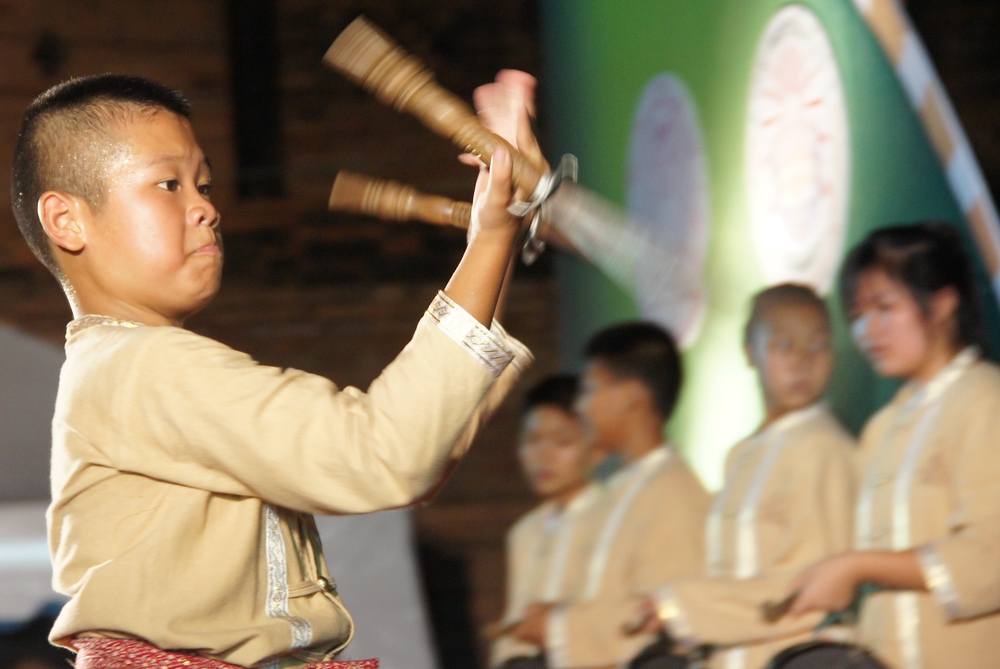 A Thai boy wielding small swords in his hands has an intense look in his eyes. 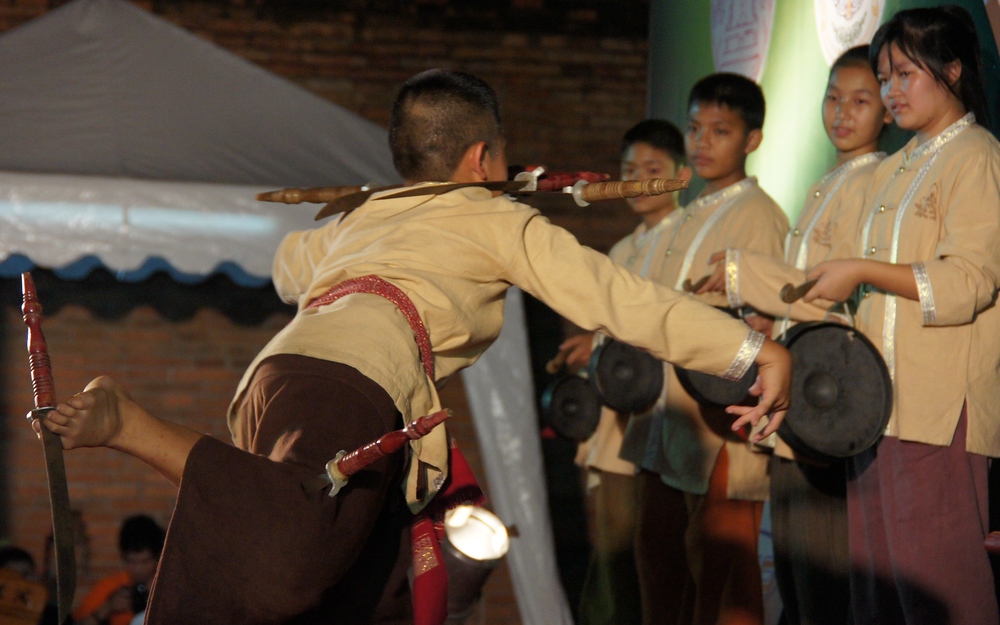 If I could do a quarter of what this Thai boy is doing with several swords I’d be beyond impressed.

A close up shot of some Thai performers and the traditional instruments they are using. 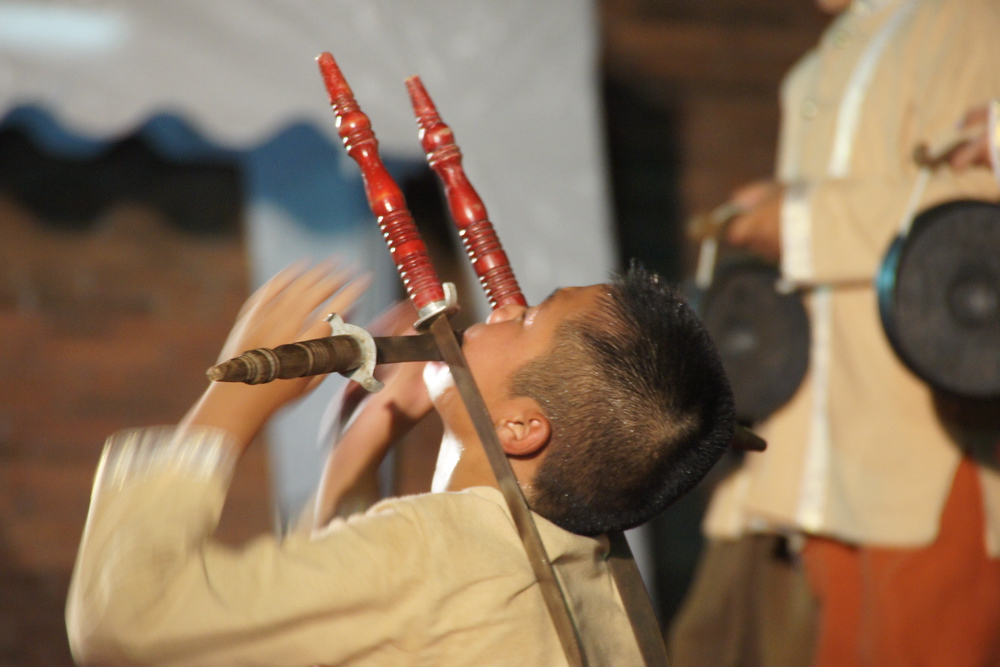 A photo that captures the motion blur of a Thai boy holding a sword in his mouth. 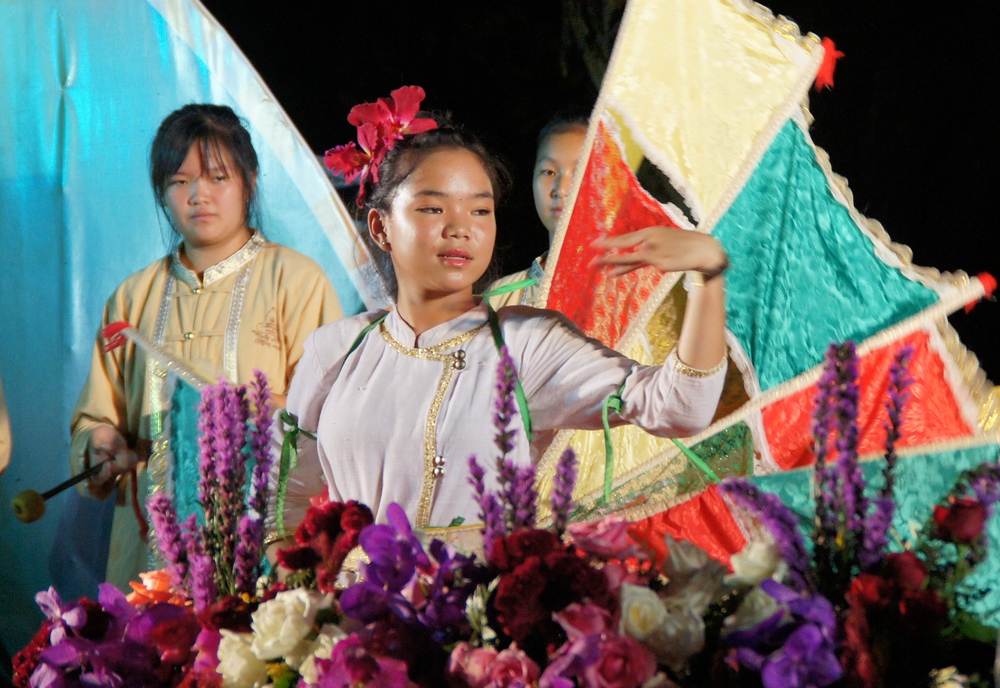 A Thai girl decked out in an elaborate costume dances effortlessly. 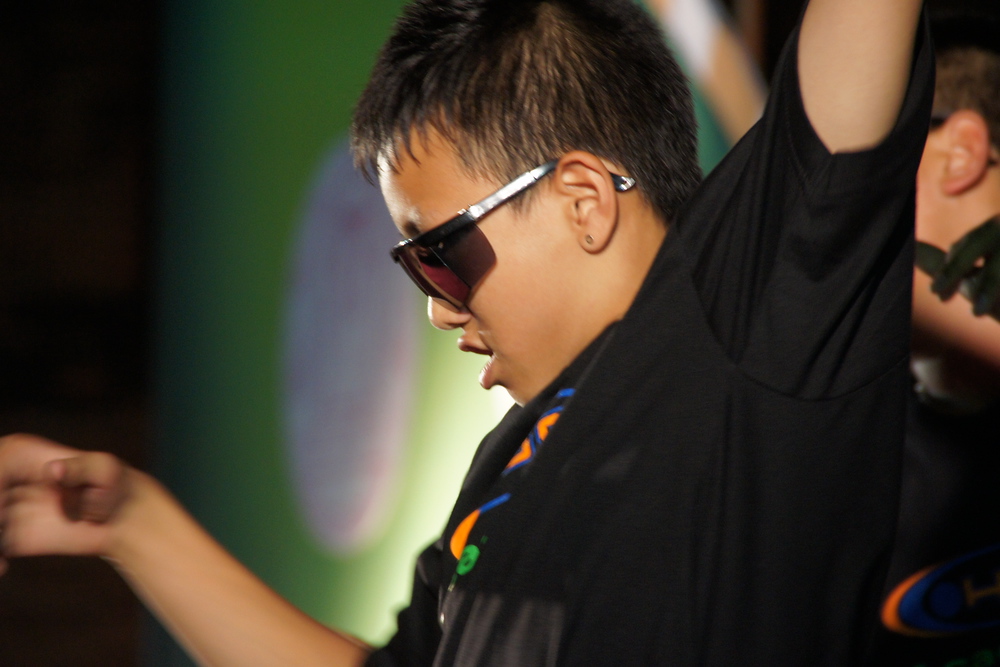 A close-up shot of one of the Thai teenage boys performing a hip hop sequence. 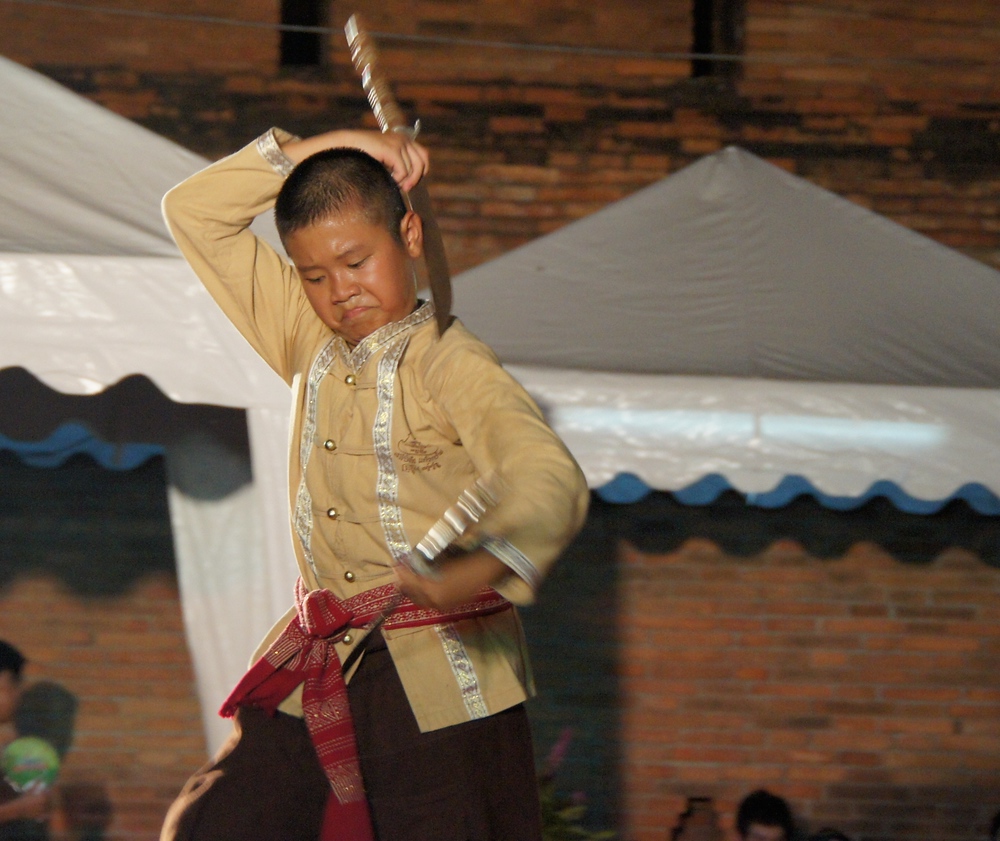 A thai teenager pulls the sword out from behind his back. 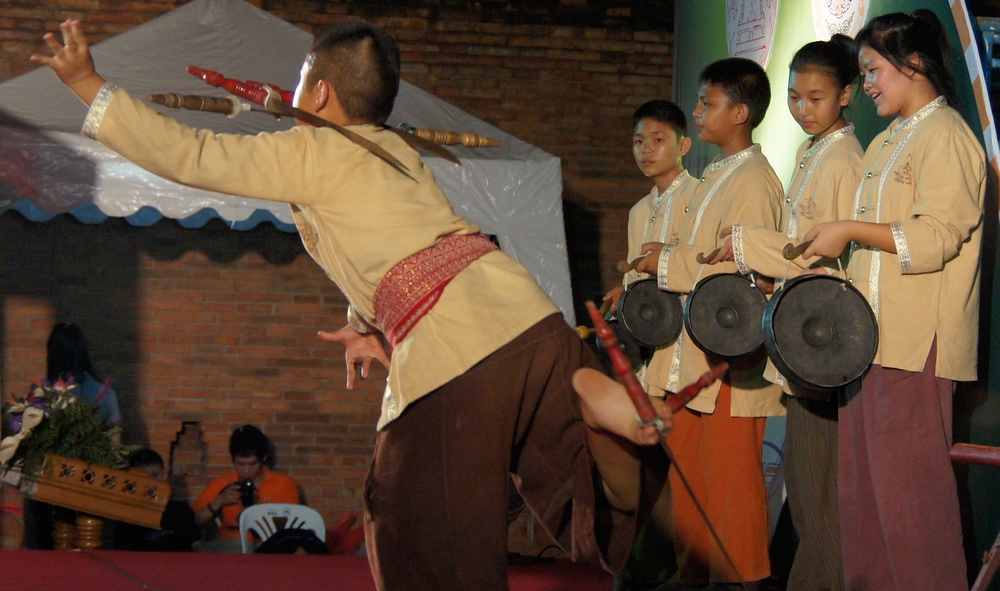 A Thai boy clamps down with his mouth on several daggers while somehow holding another knife in between his toes. 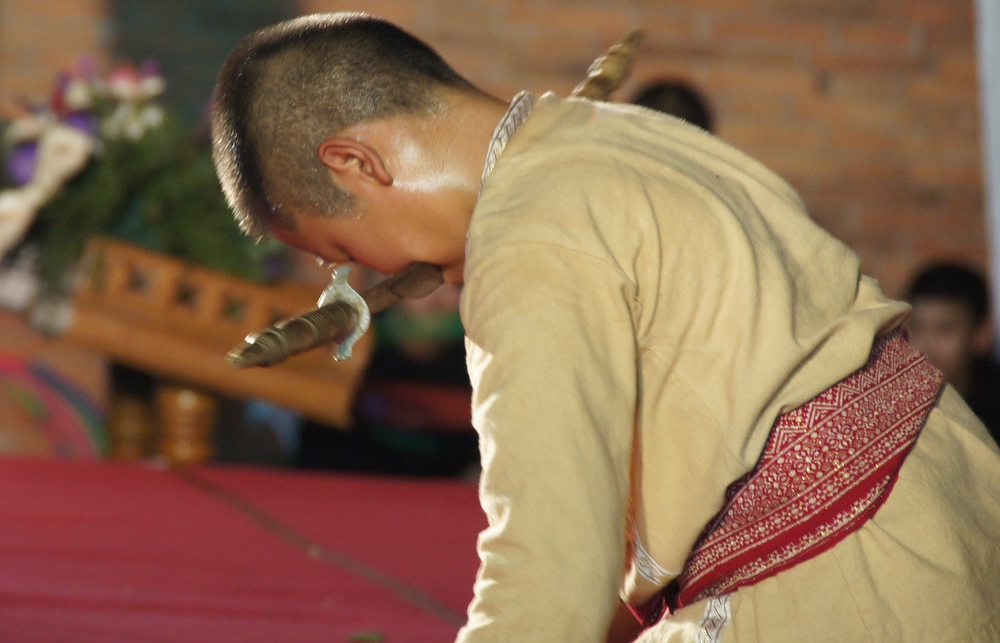 Upon finishing his routine the boy with the sword in his mouth bows down.