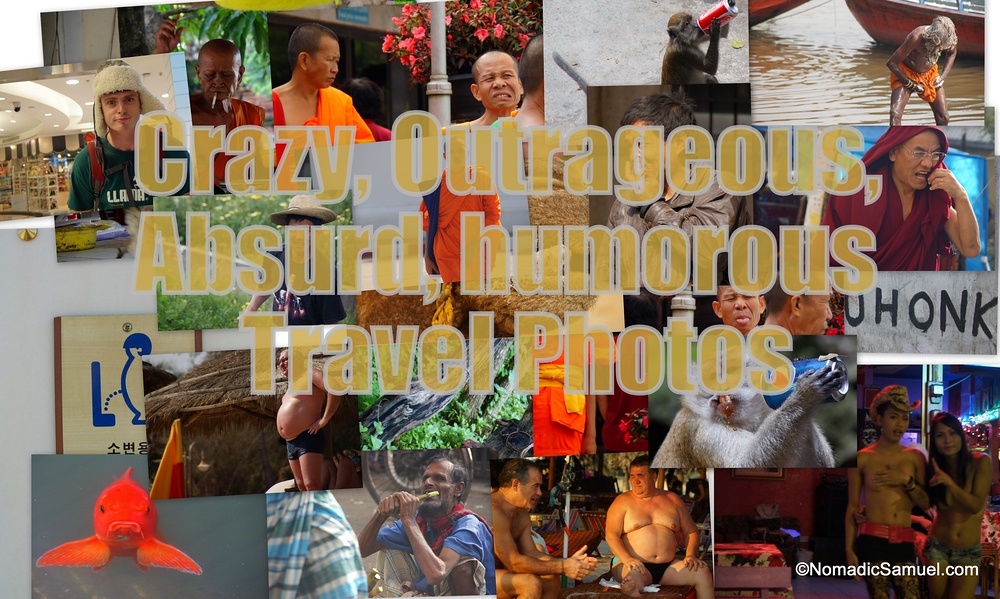 It’s around this time of season one often reflects upon events that have transpired over the course of the year – typically a time of contemplation, relaxation and gratitude.  It’s a time when wishes are spawned and plans are hatched for how to manifest thoughts/ideas into reality as the calendar turns yet another page.  It’s the time of year we let our loved ones know we care about them – wishing them prosperity, well-being and health.

As far as travel blogs are concerned, it’s the time of year we thank our readers and summarize some of the ‘best of posts’ of the year.  I’d like to do all of that right now; I really appreciate all of the support I’ve received this year!  However, what I won’t do is bore you to death with another gag me with a fork post rehashing old refried beans (of blog posts) or waxing on nostalgic about the joy of travel.

Instead, I’ve decided to share some of the more quirky, bizarre, outrageous, outlandish, humorous, funny, ridiculous, absurd & truly off-the-charts moments I’ve experienced while travelling over the years, as summarized in a photo essay.

I’ve been building up a lot of good Karma points with my Smiles around the world series of late and now it’s time for the Pied Piper to collect a small ransom.  After-all, this is a blog with the moniker, “Miles away from ordinary…dripping with sarcasm.”

It’s been a little while since I’ve posted something quirky, and as such, I’ve decided to put in a herculean effort as my end of year post.

Sit back, scroll the mouse down the page, chuckle a little bit and have yourself a Merry ‘whatever it is your celebrate’ and a Happy New Year!!!  🙂

“Hey, we all pick our noses from time to time. Fortunately, most of the time there isn’t some swarmy sort with the audacity to fire off exposures from a comfortable distance :P”

A Chinese man picks his nose on the streets of Shanghai, China. 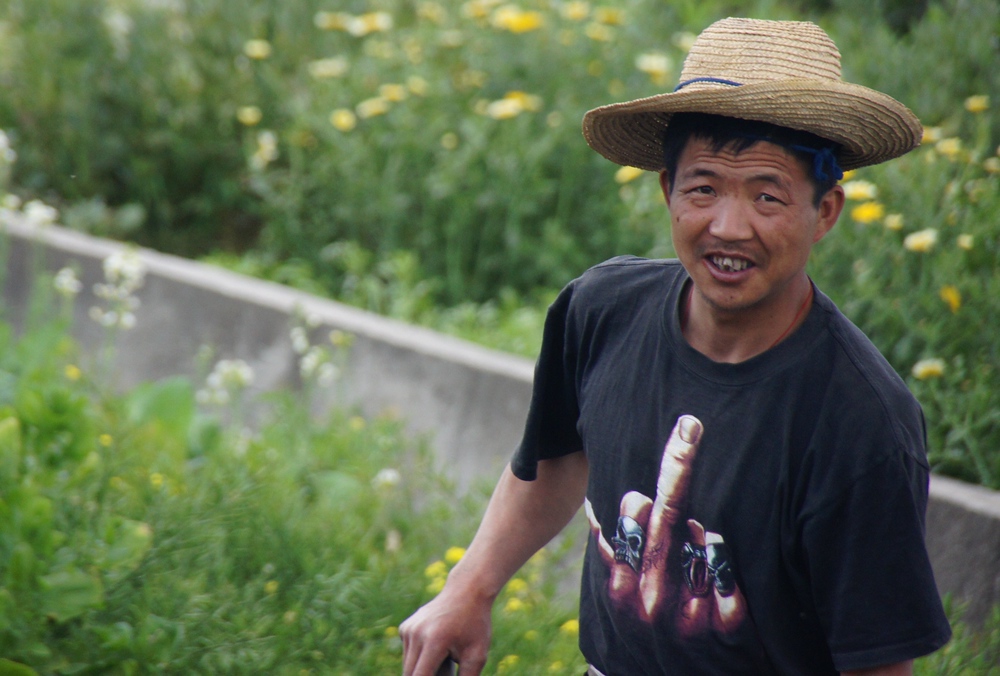 “No wonder he’s grinning from ear to ear – I didn’t notice his t-shirt until I got back to my guest house and was perusing through my photos.”

A Chinese farmer wearing a fuck you t-shirt – Dali, China. 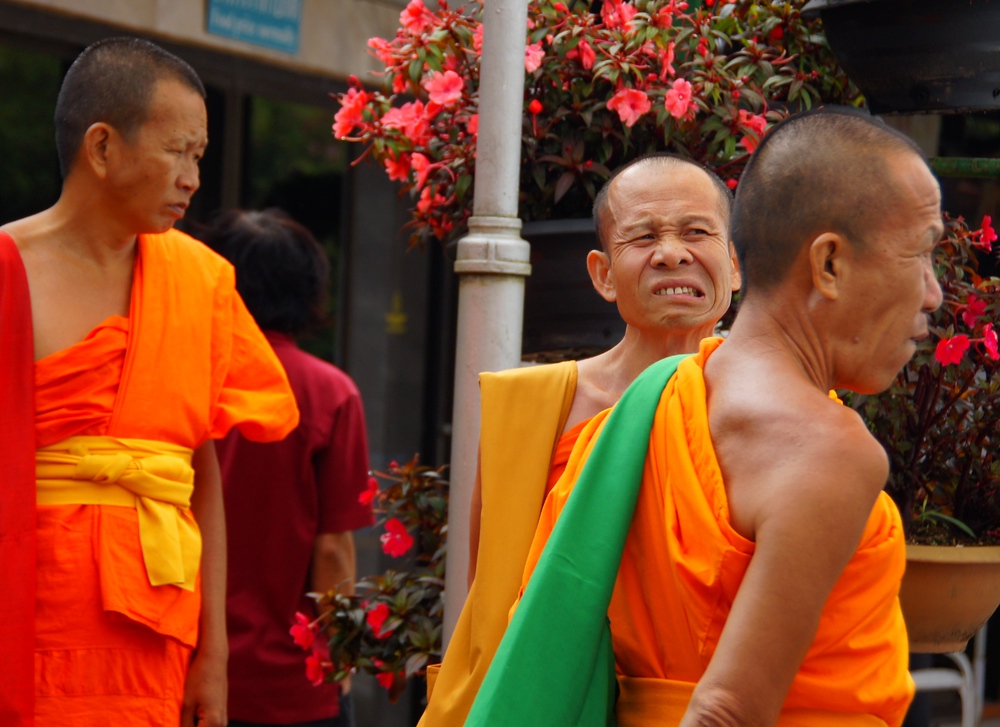 “Okay, I want you to make an outrageous face!” 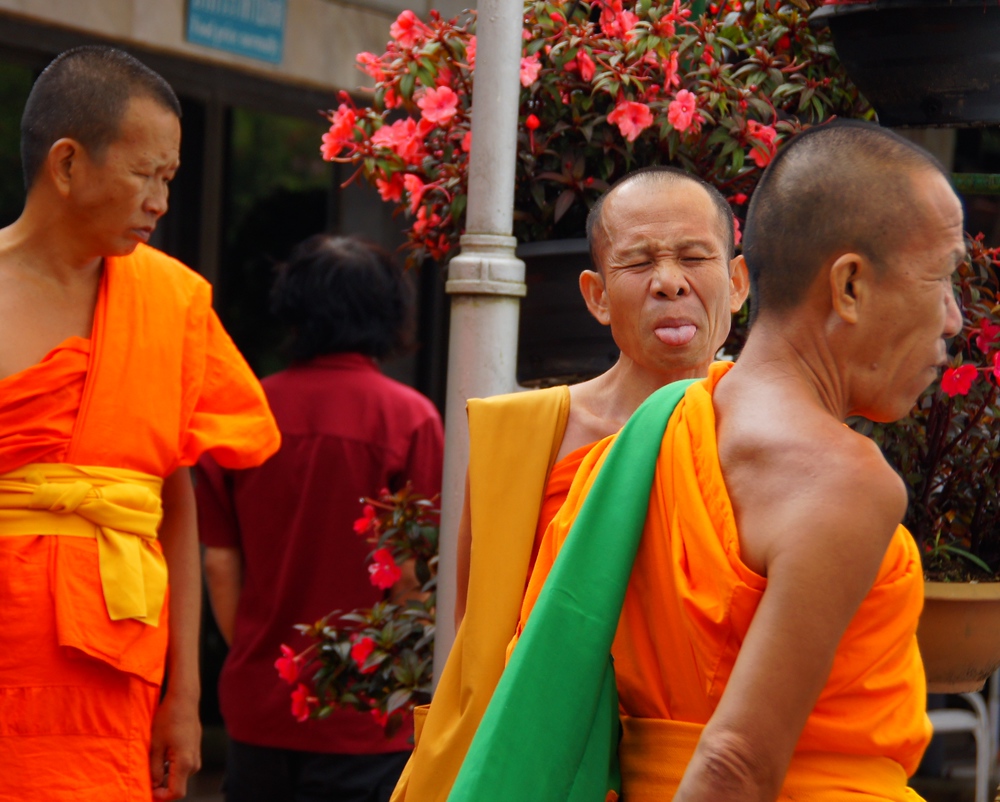 “Now stick out your tongue! BUENO!!!”

A Thai monk sticking out his tongue and acting silly – Chiang Mai, Thailand.

Monkey drinking coke outside of the Batu Caves,Malaysia. 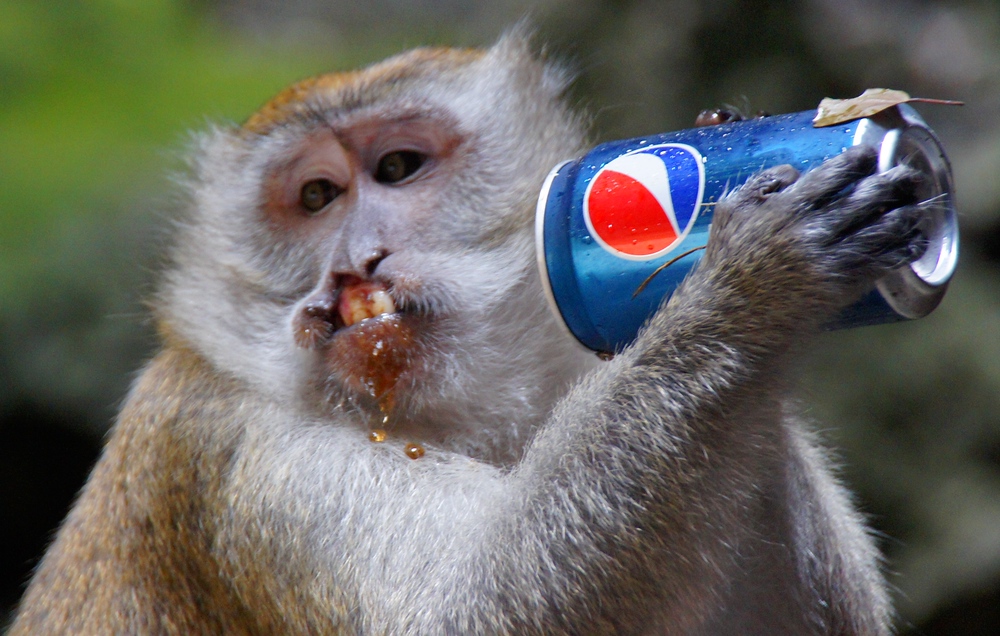 Monkey drinking Pepsi outside of the Batu Caves, Malaysia. 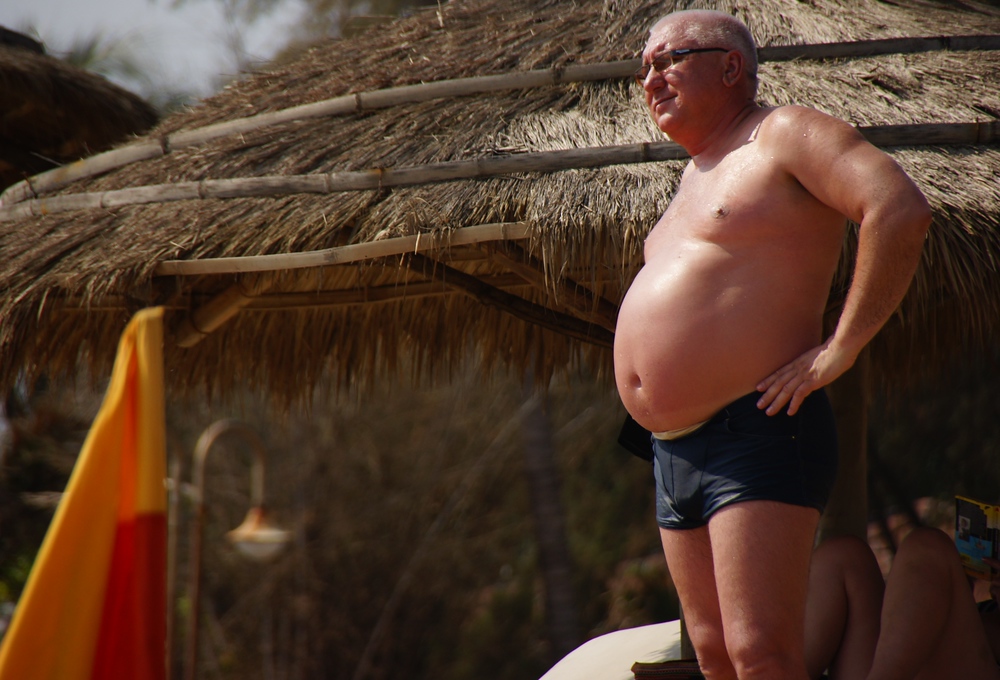 A man flashes his bulbous belly in Nha Trang, Vietnam. 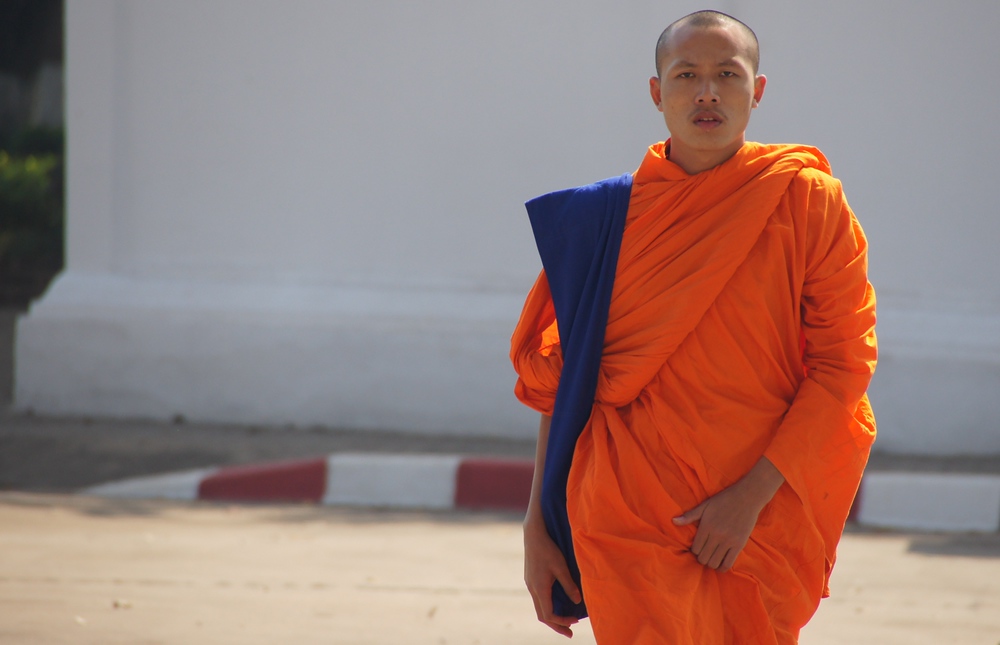 A Laos monk grabbing himself (touching his privates) – Vientiane, Laos. 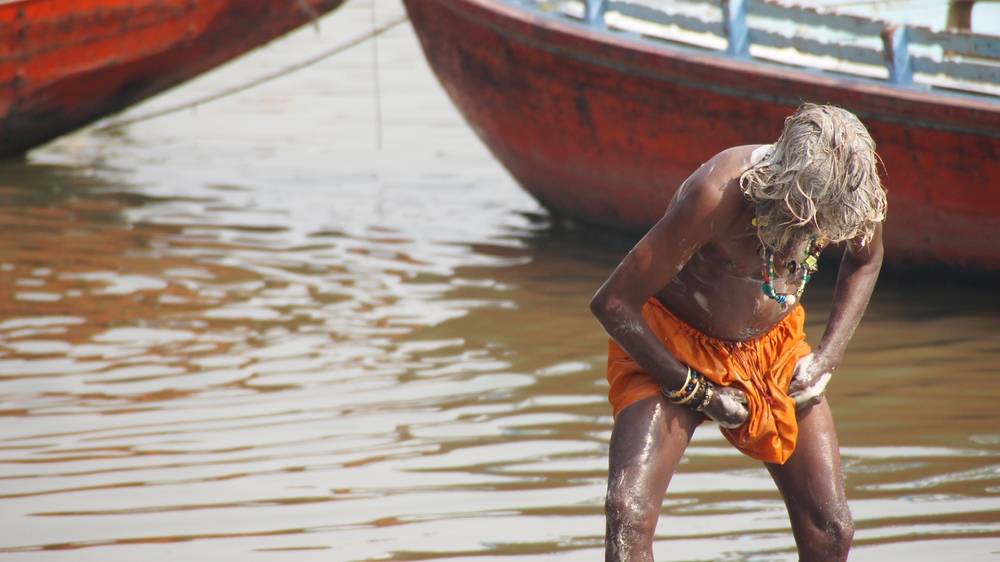 A man washing his private parts/genitals in the Ganges – Varanasi, India.

“I was thinking of submitting this shot to Crest or Colgate as a stock photo.” 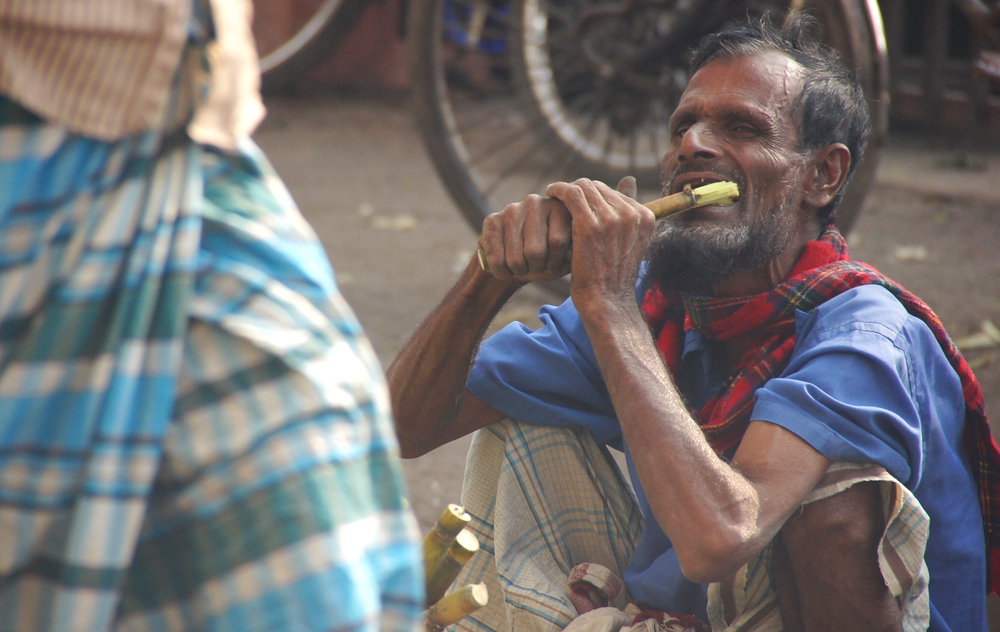 A man chewing on something – Dhaka, Bangladesh. 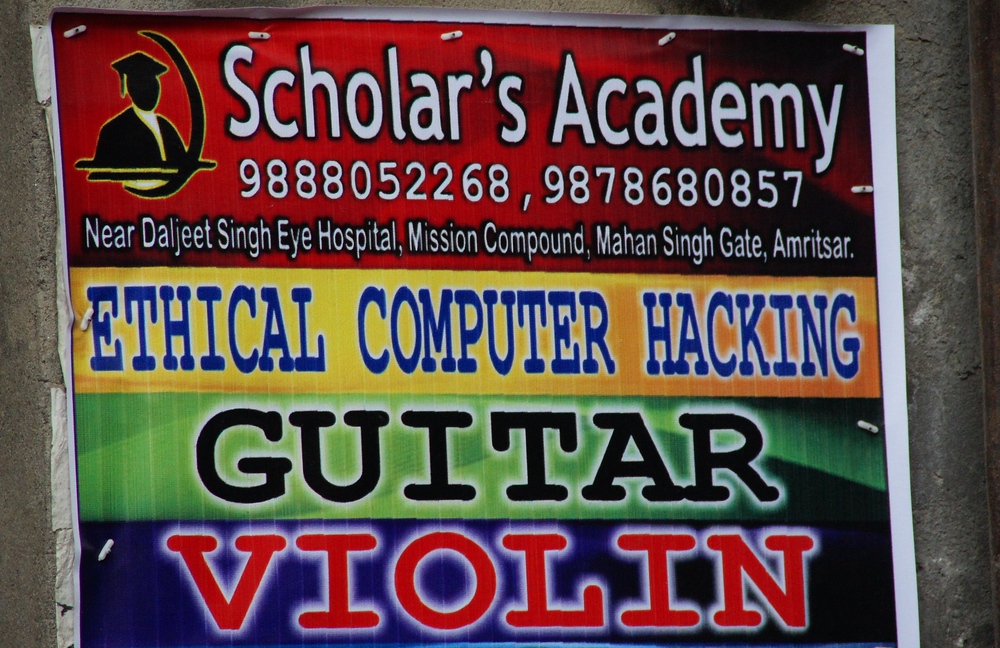 Think before you honk – Kolkata, India

“Thanks for showing me how it’s done – I almost forgot.”

“Is this where they came up with the saying, ‘Walk softly, carry a big stick’ came from?” 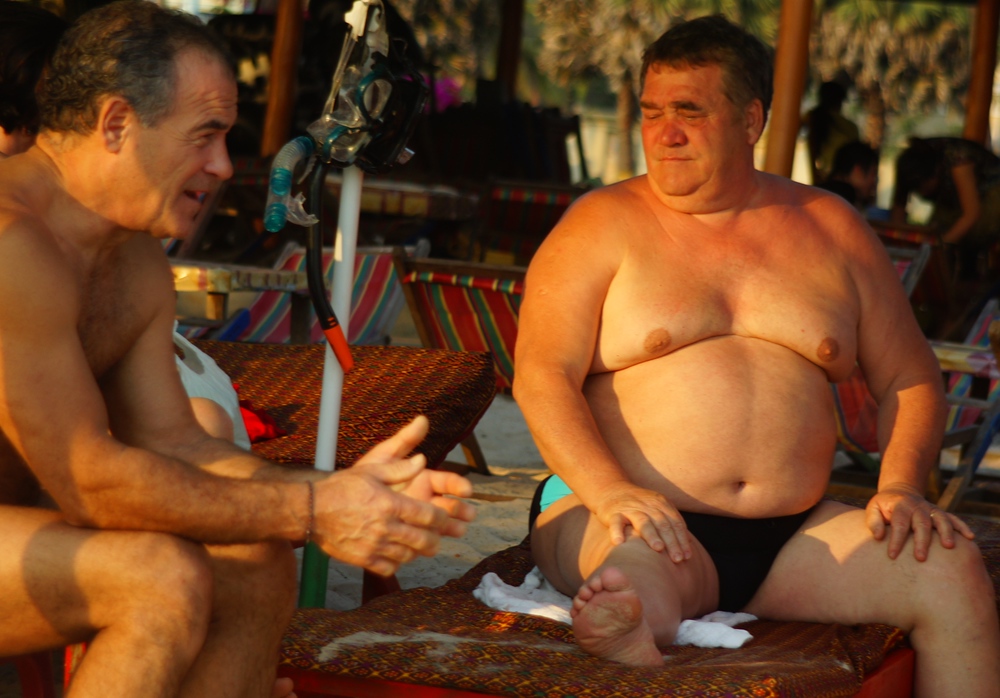 “Meet Gilad – all decked out in his tightly clad!”

A man with natural man boobs wearing a speedo and lounging like a lizard on the tourist beach of Sihanoukville, Cambodia.

“The ones in the previous picture are ‘real’ man boobs, these on the other hand are not.” 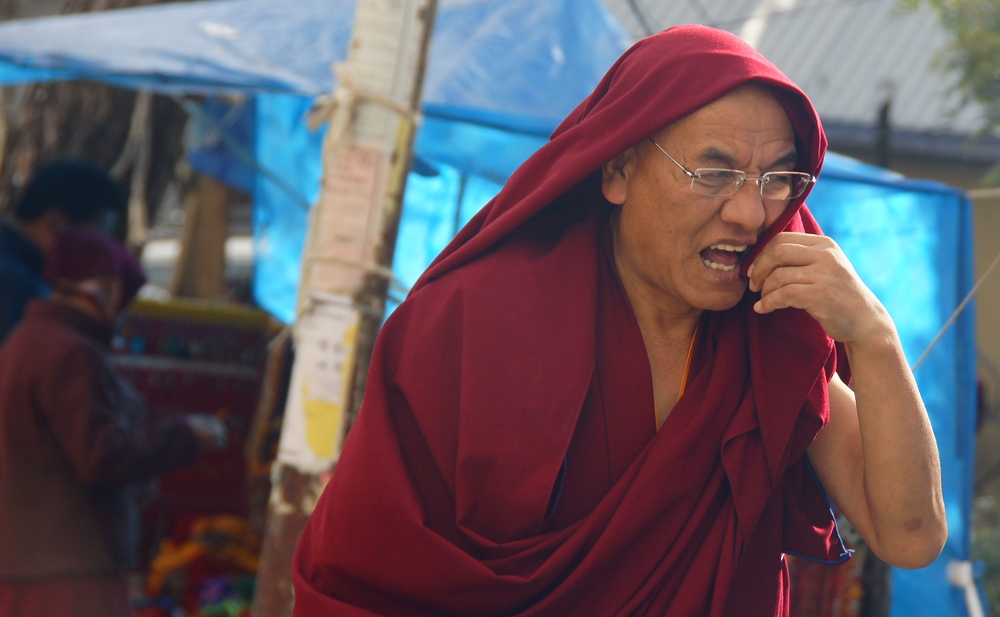 A monk mimicking as though he was using a cell phone – Mcleod Ganj, India. 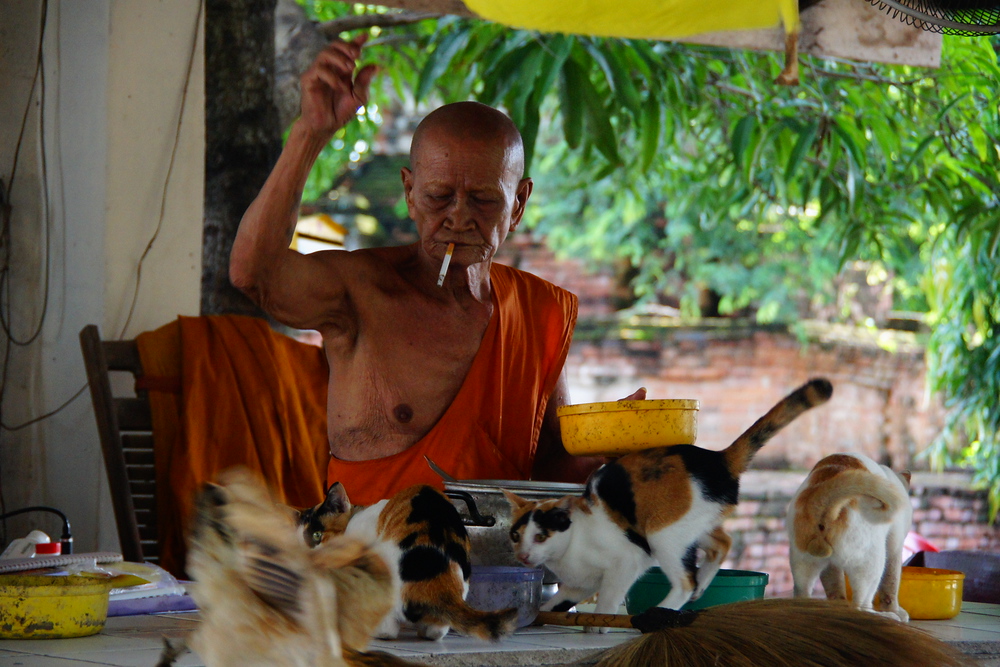 “Smoking, profanity and scaring off animals – all in a days work for this monk in Thailand.”

A monk scaring off the roosters while smoking a cigarette – Ayutthaya, Thailand.

“Look at that goofy tourist!”

Nomadic Samuel acting like a goofball outside MBK – Bangkok, Thailand.