Initial thoughts on Indonesia in Photos

Rachel’s look of horror said it all. The taxi driver barely noticed the girl as she stood outside of our window with her head pressed against the glass, slowly putting her hand to her mouth in an eating gesture. She couldn’t have been more than 8. Her torn clothing and gaunt face suggested she’d experienced more than an 8 year old should. She continued to wander in and out of the 4x4s, BMWs, Mercedes, and whatever else the privileged classes drive in Indonesia. No one gave her money, as far as I could see. I glanced around and noticed she wasn’t the only one out there. 7 or 8 others were wading through the traffic in search of generosity. 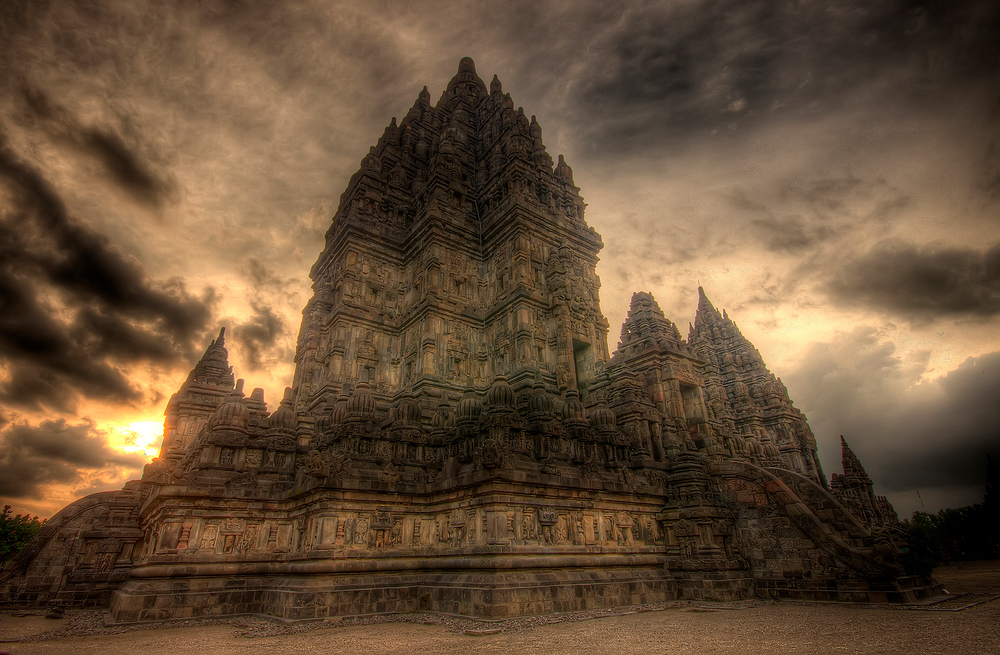 This seething city, Jakarta, breaks hearts at first. The rich walk by in expensive attire, slightly overweight, while the poor slump hopelessly on the same path. Indonesia isn’t a 3rd world country. But the gap between the rich and middle classes seems to be insurmountable. In our new home, Yogyakarta, the difference isn’t as immediately apparent. The poor still exist, of course, but in smaller numbers it seems. 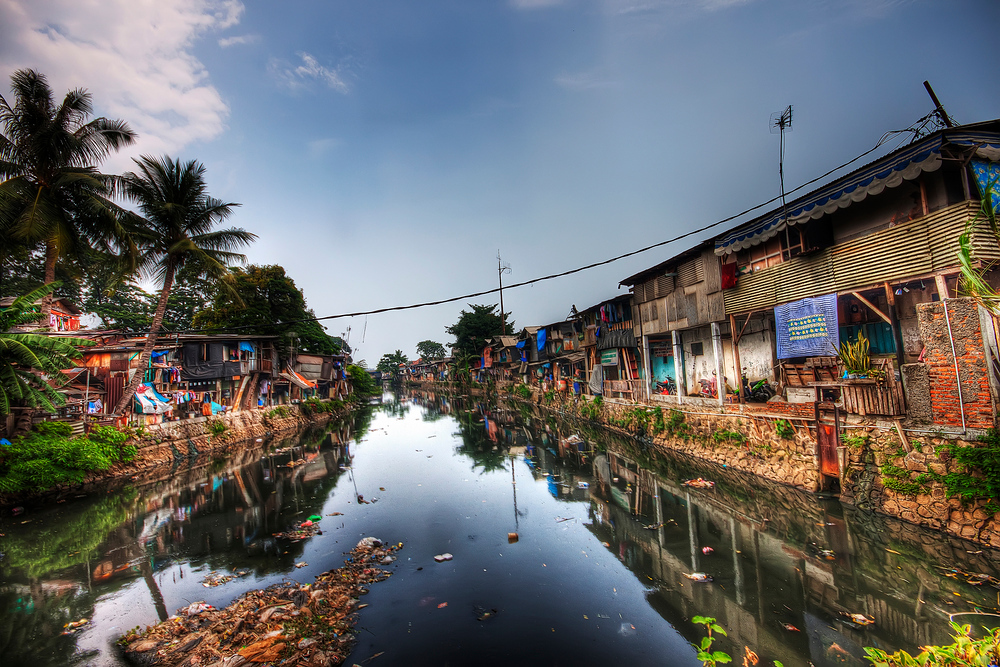 Towards us, the ‘rich Bules’, Indonesians in general have been extremely welcoming. They are considerate in our attempts at speaking Indonesian. So many of them beam a smile at us as soon as they realise we’re friendly. Many are at the ready to help, even without financial reward – a noble thing considering how little so many have. The country is as green as I’ve ever experienced. The roads, a veritable death trap, pulsate from morning till night. Becak drivers, taxis, scooters, cars, lorries, vans, and bikes all jostle for their position in the lane, while we stand on the sidewalk figuring out how on earth we’re going to get across.

I like the vibrancy of this city. Everywhere we go it’s full of life and activity. Even the volcanoes refuse to relax for long. 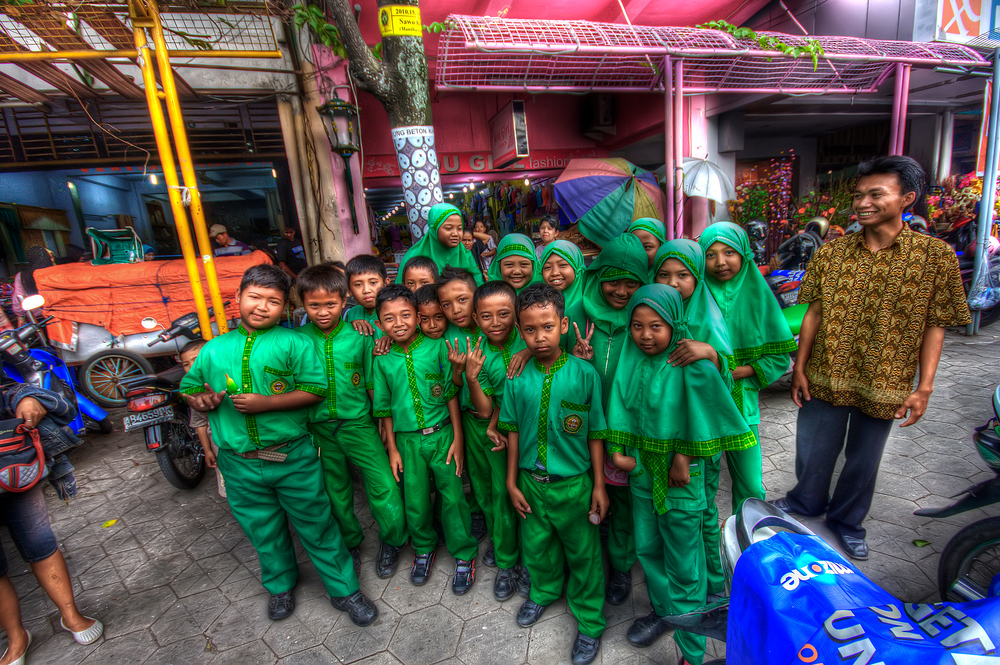 Buddhist and Hindu temples surround Yogya from all angles. Our recent visit to Candi Prambanan was simply breath-taking. 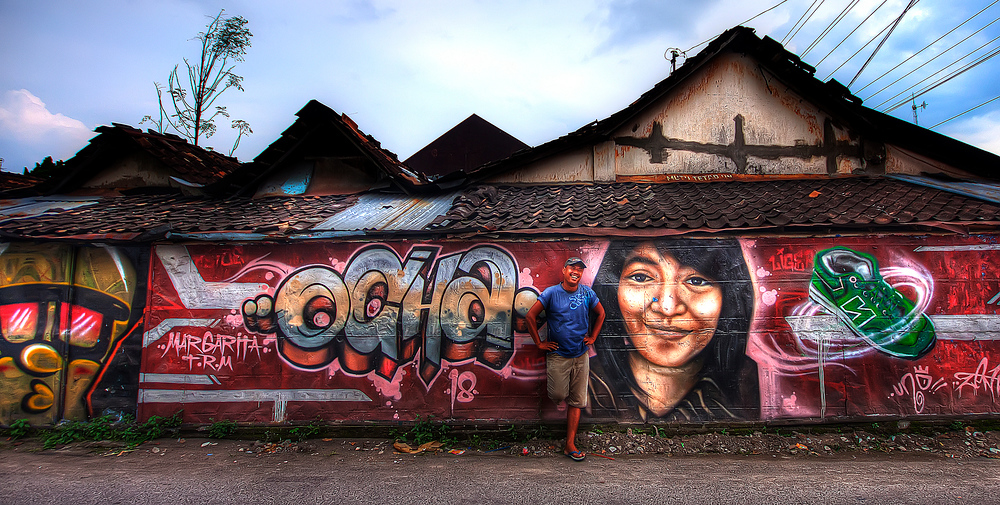 We’ve got 5 months left in Indonesia – learning the language is our main objective. While we also hope to learn to cross the road during that time, we’d love to make a life, and friends in this remarkably confusing and beautiful country. Top Travel Bloggers Jimmy McIntyre and his wife are full time travel writers. Jimmy has proficiency in 4 languages: Spanish, French, Indonesian, and Italian. He is also an avid user of HDR photography. You can read about their journey at Strange Lands Travel Blog and join their Facebook page.