As I was sifting through a stack of vintage retro style v-neck t-shirts I heard someone utter, “Aaaarggghhhh, Jaaahhmmmessssuuuuh Deeeeaaaannnuuuuh.”  As a turned around I noticed a radiant Korean man in his early twenties glaring back at me with inquisitive eyes.  His pronunciation was typical of my Korean adult students with consonant sounds being exaggerated with tail-ending vowels.  I still wasn’t sure if he was talking to me as I evaded his stare.  Finally, he said it again, ” Jaaahhmmmessssuuuuh Deeeeaaaannnuuuuh.  You look likeeee himmuhh”

It was only my first week in Korea.  I was still wrestling fiercely with culture shock, jetlag and the responsibilities of being a teacher when mere weeks ago I was still a university student.  It would not be the last time I was told I looked like James Dean while in Korea.  I’ve been told this more times than I can even remember and even last week (many years later) I was compared to the Rebel Without A Cause once again.

These comparisons, at times, need to be taken with a grain of salt.   I was once with a friend in his late thirties with an evidently protruding waistline and thinning hair.  When an overzealous Korean student waddled up next to him and proclaimed that he looked like Brad Pitt in the flesh we both nearly soiled ourselves senselessly as we howled like hyenas. 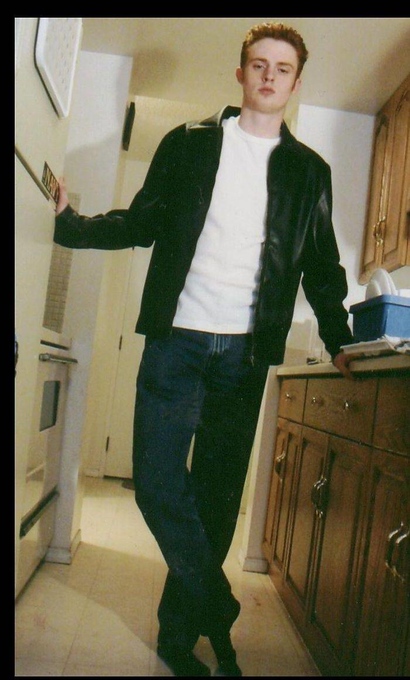 Living abroad in a country that is known for being one of the most homogeneous nations on earth certainly has had its share of surprises.  As a visibly noticeable foreigner (known in Korean as Waegook) I’m often pointed out publicly by Koreans.  It’s not at all abnormal to see somebody stare and even point at me with their finger uttering “Miguk Saram” which means American person.  Apparently, it’s the de-facto response to seeing a Caucasian face sticking out like a sore thumb.

It probably doesn’t help that I’m a towering 6’1 inches tall with red hair and a complexion so pale that it even scares the bejesus out of Casper the Ghost. 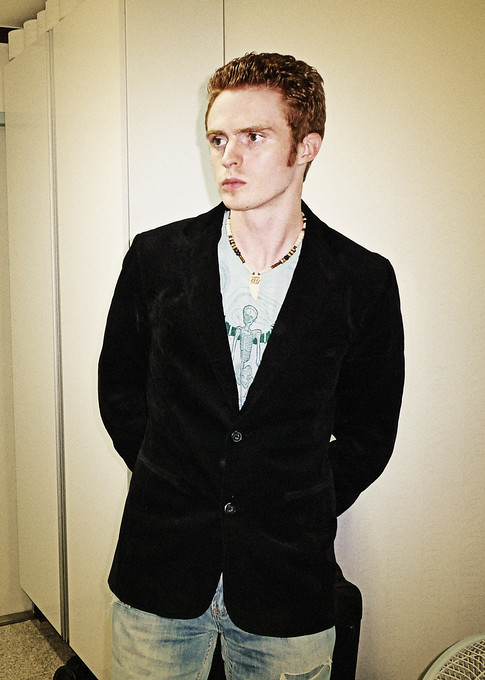 I may just be any other Sam back home but in Korea I’m James Dean 😛  I’m wondering if any of you have ever been compared to looking like somebody while working, living or travelling?  Please let me know in the comments section 🙂

*I’ve shown mostly shots of me appearing moody and brooding to fit in with the theme of this post.  Apparently I’m capable of smiling upon occasion :P*