There is this almost ‘romanticized’ image of Buddhist monks from a western mindset that often conjures up images of serenity, balance (& most importantly), the escape from worldly possessions and wayward lifestyle habits. Although, this may typically be the case, it´s not always the golden rule. While living in Korea, I´ve personally witnessed a monk scarfing down a Big Mac at Mcdonald´s, another on a bullet train and finally a showdown between a monk and a homeless man for a space on a park bench. It´s these moments of disconnect that stick out like a sore thumb. Scarfing down a cheeseburger hardly conforms with the image of a monk living a humble/vegan lifestyle. Where on earth would a monk need to get to in such a hurry on a bullet train? Finally, fighting with a homeless man for the territory of a park bench? Hardly, the salt of the earth type of balance you´d expect. Oh My Buddha!

While backpacking in South East Asia I witnessed monks doing more absurd things than what was even mentioned above. The following is a photo essay of monks behaving badly: 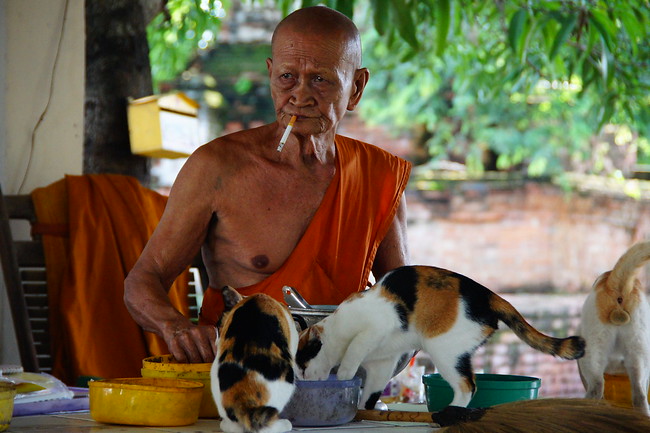 (A smoking monk in Ayutthaya, Thailand)

(A monk making a silly face outside of Inthanon National Park, Thailand)

(The same monk now sticking out his tongue!) 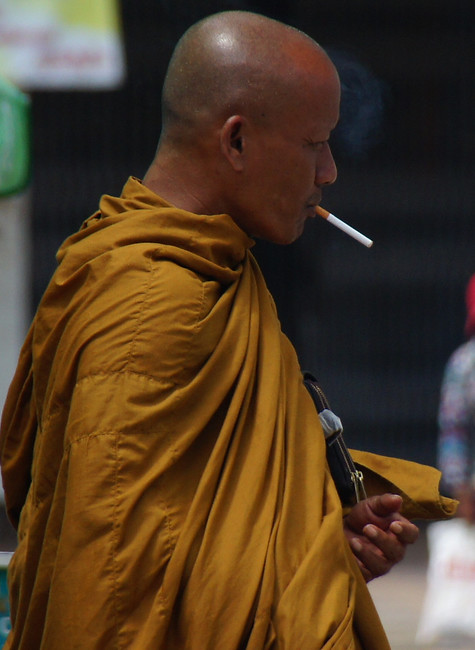 (Another smoking monk in Battambang, Cambodia)

(The same smoking monk meeting up with a friend)

The truth is that not all monks are necessary there for the most wholesome of reasons. As pointed out by another travel blogger, some enlist as a way of avoiding jail-time.