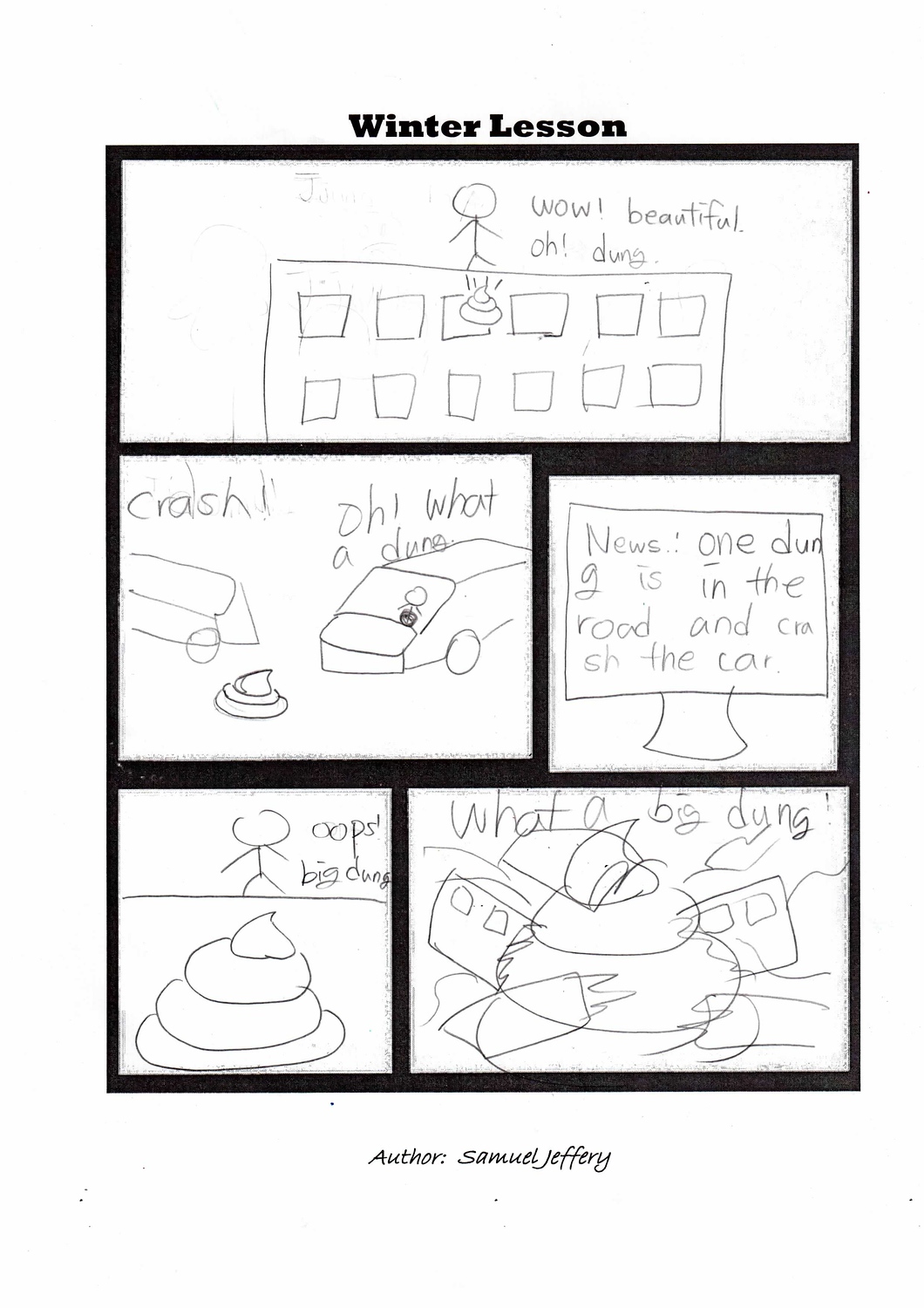 If there is one thing I’ve learned while teaching ESL in Korea it’s this: best not give my students a ‘carte blanche’ when it comes to creative assignments.

In 2008 I was working as an elementary school teacher in Daejon, South Korea. I had the ‘good fortune’ of working for a wonderful school that allowed me to receive additional holidays when other foreign English teachers were forced to come into school and twiddle their thumbs (what in Korea is coined as desk warming) during intersession periods. Moreover, an even greater blessing was an initiative set forth by the Daejeon Metropolitan Office of Education which created a large budget for English camps to be held across the city throughout winter and summer vacation periods at select schools. At the time I was saving for what would eventually be my nearly two year around the world backpacking adventure and I pounced at the opportunity to work in these camps, which in essence, allowed me to earn nearly double salary (my regular salary from my school plus extra pay for these camps).

One of my favorite assignments was at a middle school located in the outskirts of the city. I had free reign to create my own lessons and I had a blast designing what I thought were highly engaging and interactive lesson plans. Many of the Korean students attending the camp were forced to be there by their parents. With this in mind, I decided many of my lessons would involve art and/or games as the central theme. My prized lesson, ‘Create The Perfect Park’ was to be saved for the final day of camp.

Create The Perfect Park Project was a template I found from a site called MES English. The students would be given this large outline of a park and would have the opportunity to create any kind of park they liked along with a set of rules. Some chose a science, entertainment or animals theme while others ventured off in other directions. Typical things included ‘free restaurants’ and ‘no parent or no study zones’ along with video game arcades and theme park rides.

I was truly impressed with what some of my students came up with!

Normally, as a teacher I take the time to monitor the progress of my students as the lesson progresses; however, with this particular class, I was the only teacher supervising an unusually large group of students. As I finally made my way around the class it was nearly over.

Were some of the words I likely uttered as I roamed about the room; however, my jaw nearly hit the floor when I leaned over and saw what this one mischievous little Korean boy was manifesting on paper.

This was a unique park. There were no animals, pettting zoos, arcades or movie theaters. One could not tantalize their taste-buds with Korean restaurants or cotton candy shops. Devoid of all of this it was filled with quite a few ‘other things’ noteworthy enough to mention:

Strip clubs, singing rooms, bars and nightclubs were the theme of this park. The Korean boy even added such intricate details as 2-1 specials, wet t-shirt contests and free beer.

I was so completely and utterly shocked I didn’t handle all of this very well.

I laughed. I laughed hard. I laughed so hard I was nearly rolling on the ground in stitches.

Given that it was the final class I didn’t bother scolding the student or sending him to the principles office. I probably should have offered up some form of disciplinary measures but instead I just let it slide. I suppose having not come up with any rigid guidelines or restrictions for the assignment I was part to blame. Not having the time to closely monitor each student was something that also rested upon my shoulders.

I must admit, to this very day, I distinctly remember how this all went down. Having used this lesson many times, I’ve forgotten what many of my average and even exceptional students have contributed over the years; however, this ‘gem of a contribution’ has been etched into my memory for as long as I’ll live.

For the life of me, I wish I had of taken a photo of this ‘shady’ park (it would have made a great addition to my crazy travel photos photo essay); however, what I have instead (you’ll notice as the top photo) is another funny assignment recently crafted by another one of my students creating a comic strip. Although not as ‘racy’ as the story I just penned, it’s still pretty darn funny; at least, in my opinion it is. I suppose I haven’t quite evolved beyond the point of still enjoying toilet humor.

If you were teaching how would you have handled all of this? I’d love to hear your voices in the comments below.