I have to admit I had serious reservations about attending the Boryeong Mud Festival held annually at Daecheon Beach, South Korea.  Firstly, it’s well noted for being over-saturated with foreigners and I typically prefer events that are culturally rooted.  Secondly, I was sceptical of whether or not I should bring my dSLR given the forecast weather and obvious culprit, also know as mud, which apparently isn’t all that fine and dandy to have smeared all over your camera.  Well, I can honestly say attending this festival was one of the best decisions I’ve made in recent months.  Not only did I have a blast getting covered in mud but I also feel I’ve captured one of the best photo sets this year.  Head over to Backpacking Travel Blog to see my sister Boryeong Mud Festival Photo Essay once you’ve of course perused this set 😛

The Boryeong Mud Festival is a spectacle that takes place annually in Boryeong during the monsoon season in South Korea.  The first fest took place in 1997 and in recent years participants have been crowding Daecheon beach in record numbers that exceed 2+ million.  Major attractions include all day music concerts, mud wrestling, mud pools, mud mazes, mud jails and general beach activities along with copious amounts of alcohol and plastered mud.  It attracts an enormous foreign crowd (known locally as Waegooks) that include ESL teachers, American military personnel and others who specifically come to Korea for this event. It’s not easy to book cheap holidays when thousands of revellers descend on this small stretch of beach, however, it truly is an event not to be missed in my opinion.

A Korean girl flashes an authentic smile while enjoying a moment splashing around in a floating tube at Daecheon Beach, Korea. 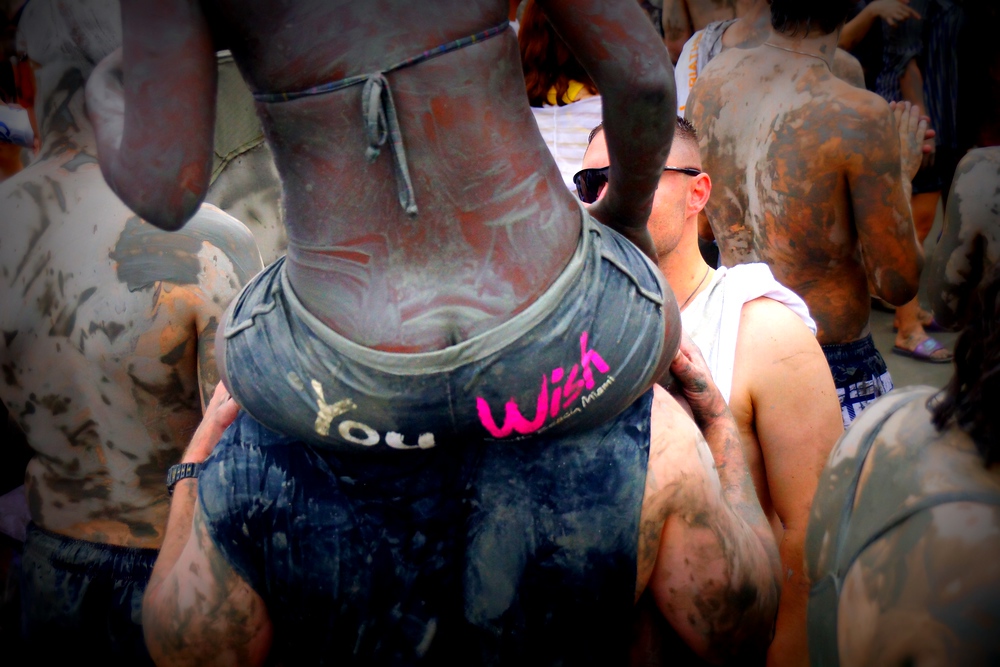 You wish! A lady is being carried on piggyback through the crowd. 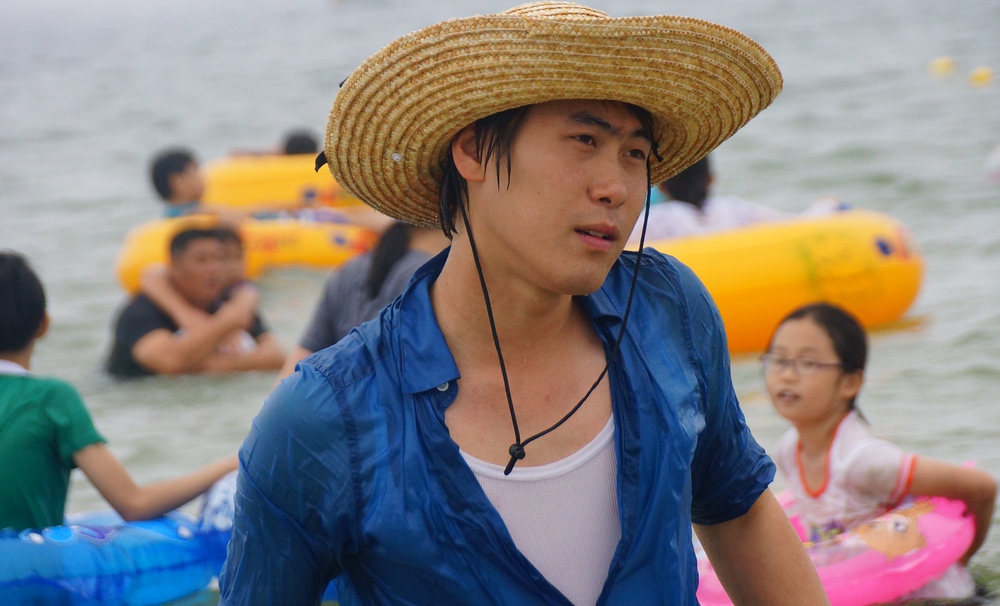 A candid shot of a Korean man wearing a ‘distinct’ Korean style cowboy hat near the beach. 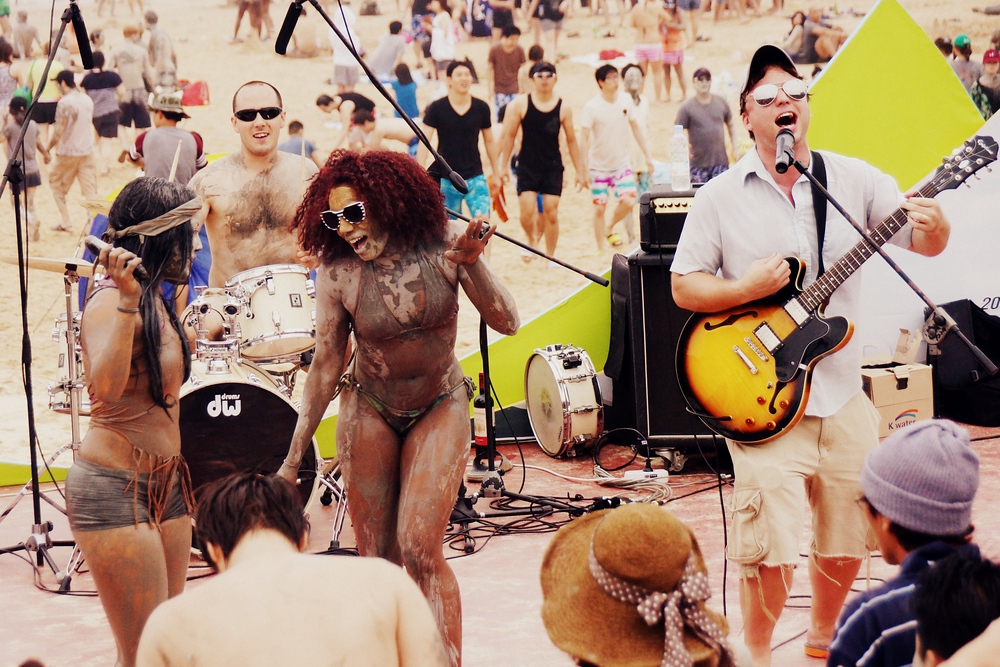 Everybody getting their muddy boogie on during the musical performances. 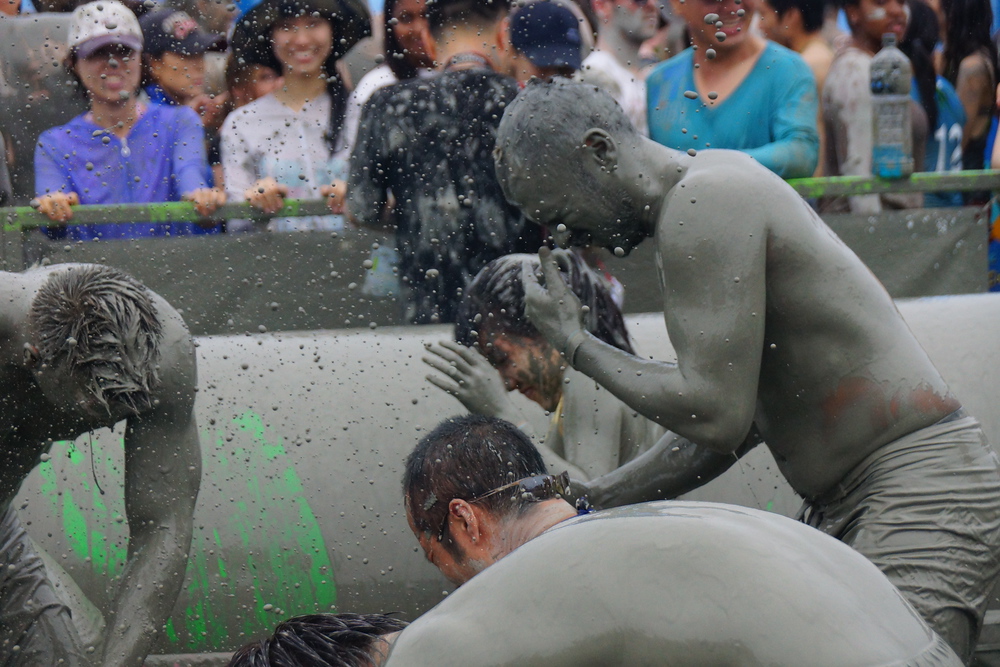 Mud flying everywhere! This mud wrestling event covered the crowd just as much as the participants. I’m certainly glad I wrapped my dSLR in plastic. 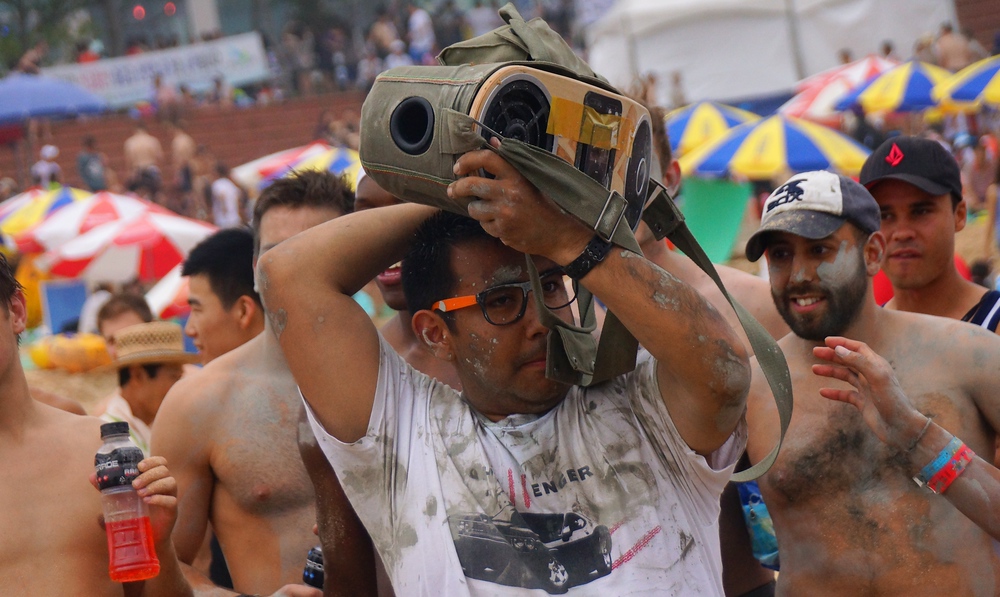 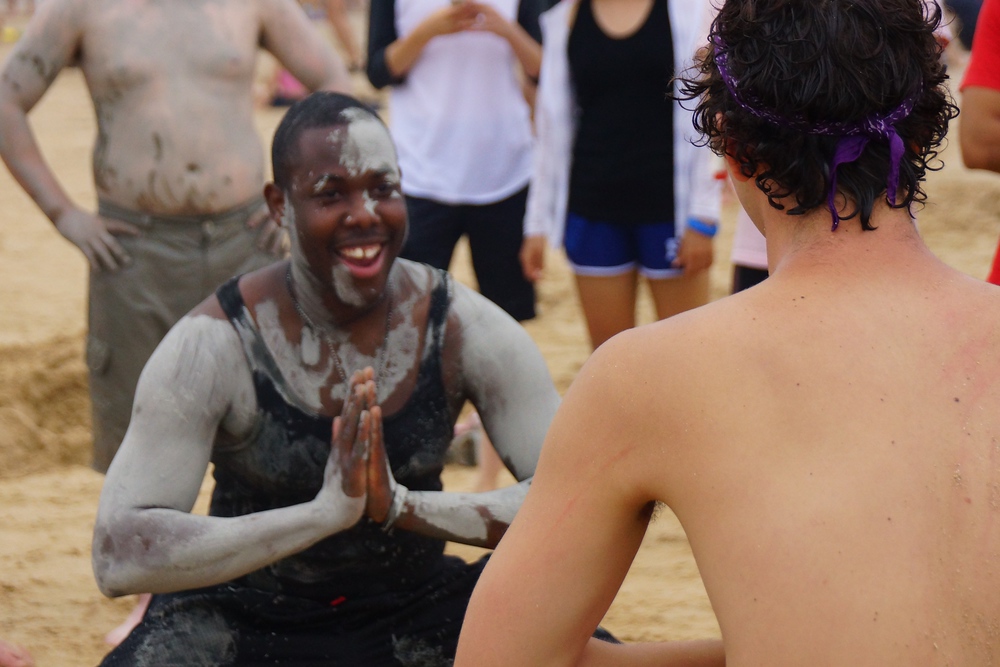 Two foreigners covered in mud engage in a friendly pre-ceremonial ritual before wrestling one another. 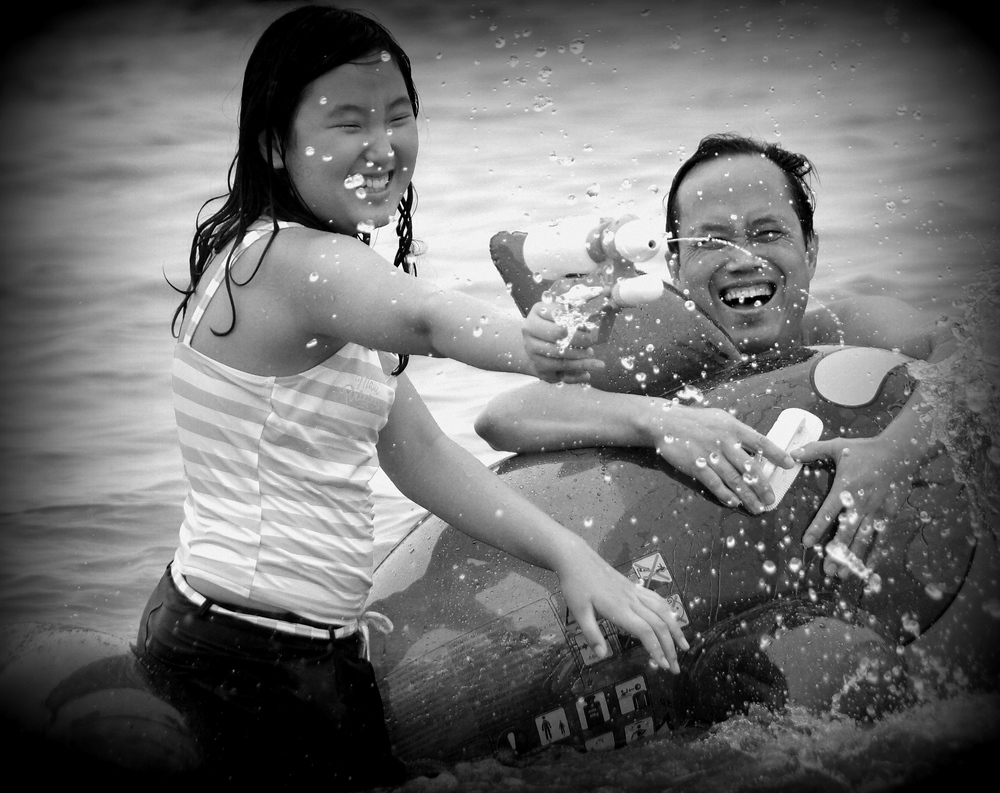 An ecstatic lady covered in mud flashes a lovely smile while posing for the camera. 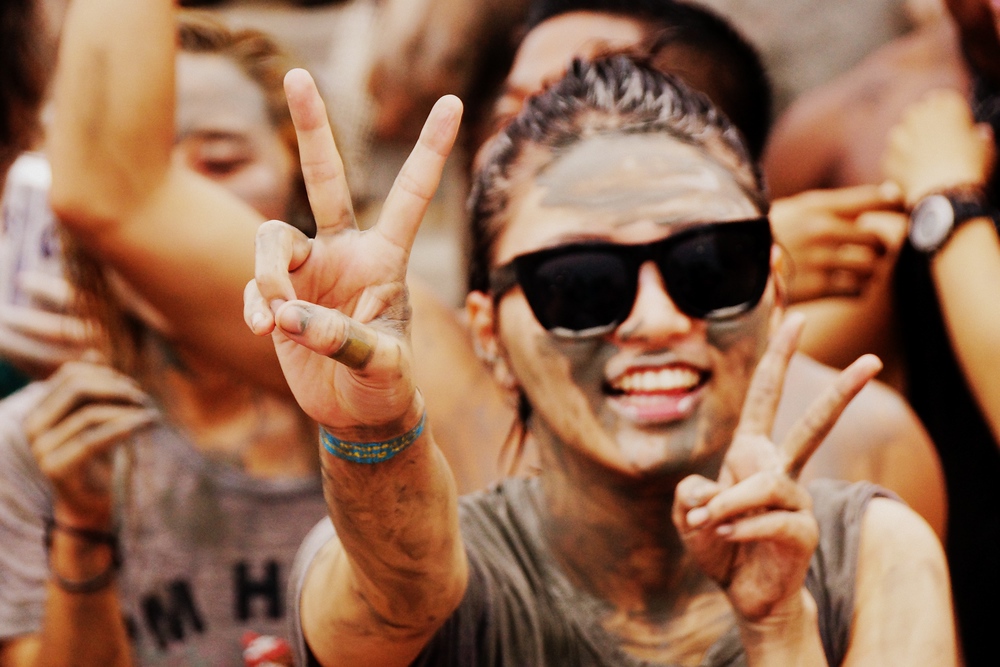 A Korean lady flashes a peace sign and an even bigger smile near the music stage. 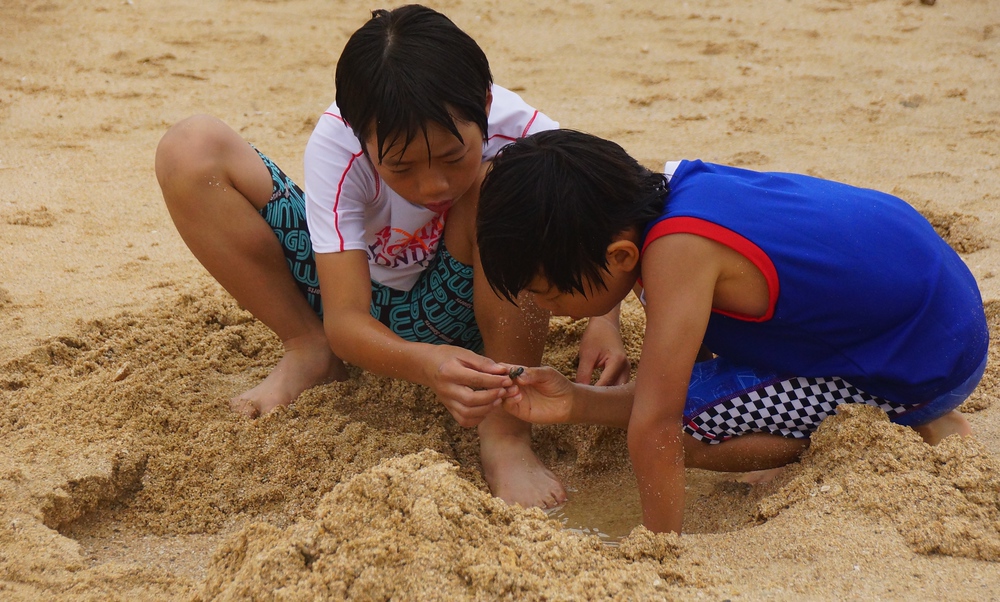 Two Korean boys enjoying digging sand in what appears to be an early foundation of a sandcastle. 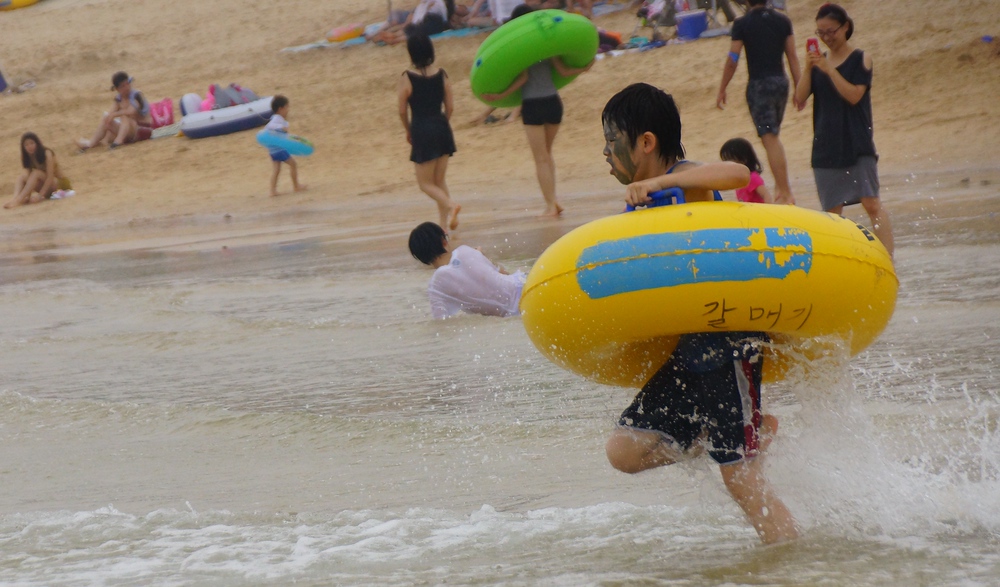 A Korean boy charges into the water with his water tube firmly gripped. 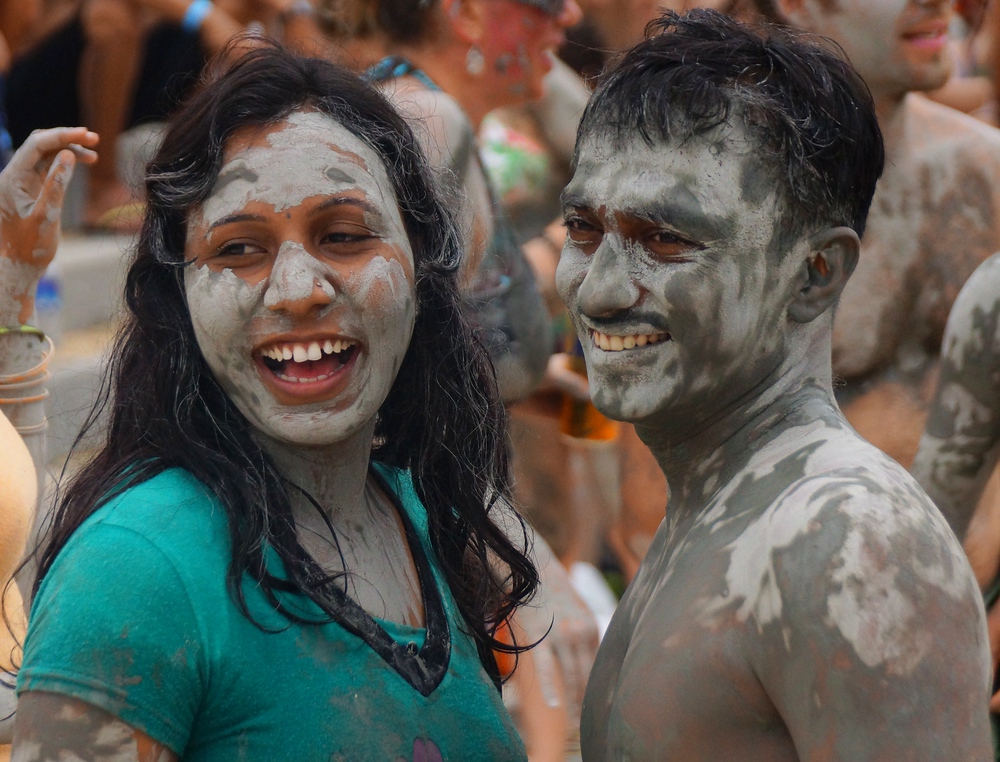 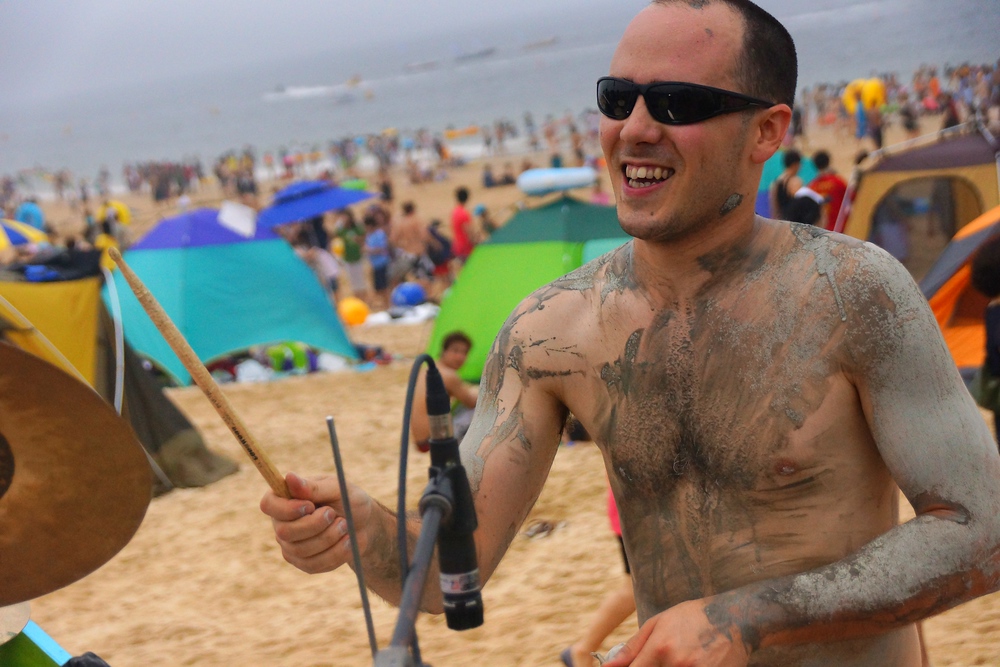 A drummer plastered in mud without a shirt smiles while entertaining thousands with his slick skills. 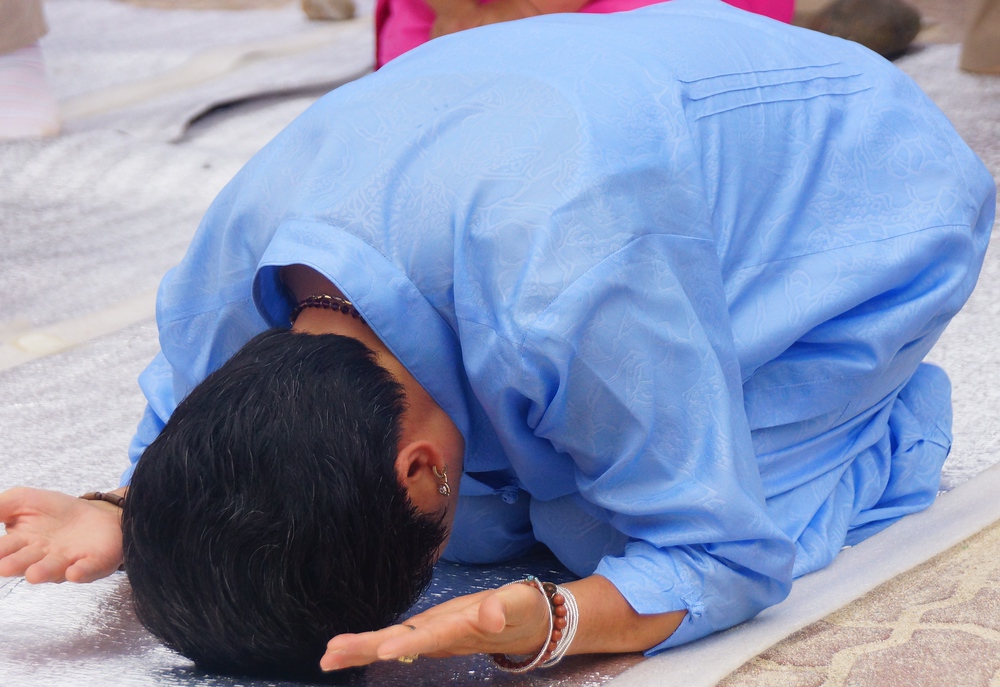 A Korean lady bows during a traditional Korean religious ceremony that was taking place mere meters away from all of the drunken festivities.