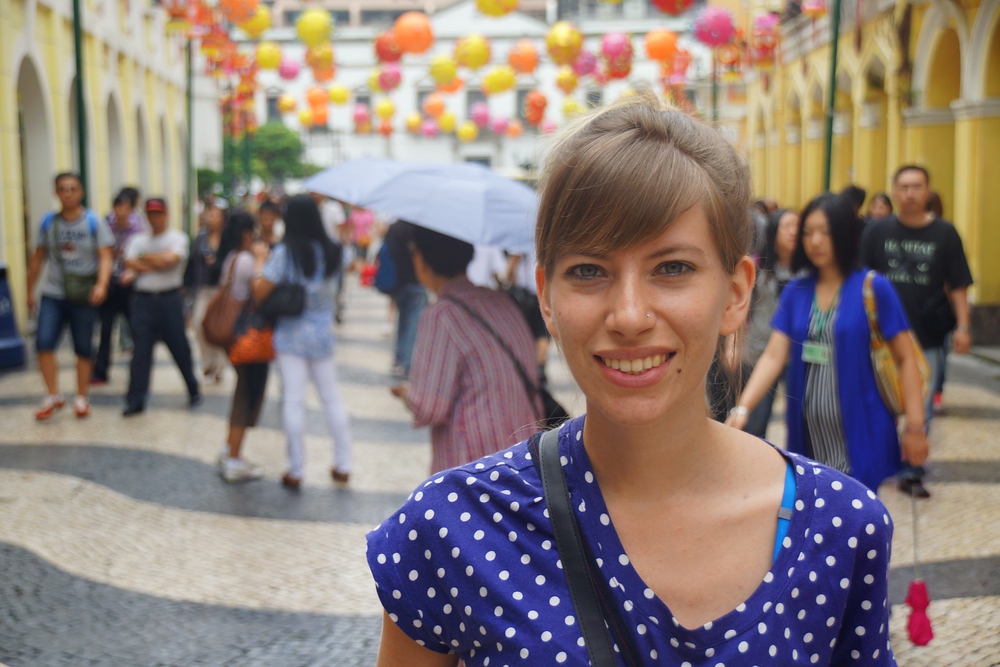 Today’s feature travel video from Asia is of the top attractions worth considering while visiting in Macau, China including checking out Senado Square and the Ruins of Saint Paul’s Cathedral.

Feeling well rested after going to bed several hours earlier than normal, we felt a jolt of adrenaline about exploring the historic areas of Macau located on another island from the hotel we were staying at.

Fortunately, our hotel offered ‘free’ transfer service from Cotai to the Macau Peninsula.

We literally went from an island filled with nothing but luxury casinos to a more historic area that featured historic Portuguese inspired architecture, cobbled walkways and a plethora of people.

As soon as we got outside of the transfer bus, Audrey marveled, “I feel as though I’m back visiting more relatives in Brazil or wandering around in Portugal.”

The first place we visited was the Senado Square (Portuguese: Largo do Senado; Chinese: 議事亭前地). With pastel colored buildings, Portuguese white & black pavement and a series of red lanterns, this place was a collision between East meets West.

Prior to Macau becoming the ‘Las Vegas‘ of Asia with its plethora of casinos, Senate Square was the epicenter of the former Portuguese Colony of Macau.

As the Historic Centre of Macao (Chinese: 澳門歷史城區; Portuguese: O Centro Histórico de Macau) it is one of twenty locations featuring the melting pot of Chinese and Portuguese cultures in Macau.

As a street photographer this was the perfect location for me to people watch while snapping some candid portraits.

One thing we noticed almost immediately is that the signs in the city are written in both Chinese and Portuguese.

Even though Macau has been a Special Administrative Region of China since 1999, it has still retained its Portuguese influence from several centuries of colonial rule. 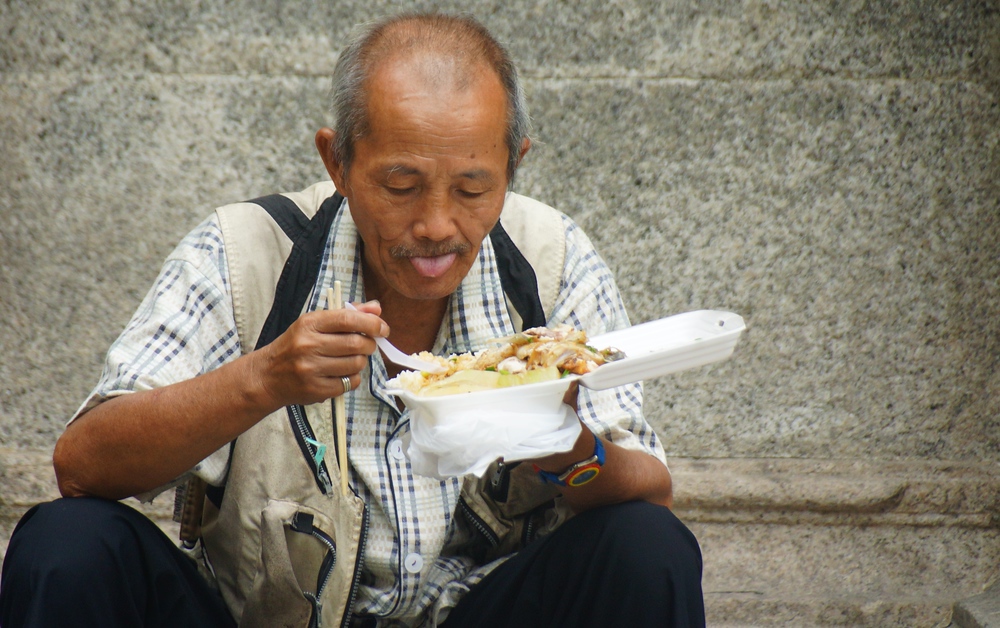 As we walked past the main square we started to branch off into a narrower alley where we were inundated by the exotic smells of Macanese delights being peddled by shop owners and hawkers alike.

Some of the most popular Macanese foods we sampled included Egg Tarts, Almond Cookies and Porkchops in buns.

Macanese cuisine is a mix of Portuguese, Chinese and SE Asian ingredients forming one of the more distinct fusion style cuisines in all of Asia.

After taking the time to gormandize on Macanese treats, we continued our ascent towards the imposing Ruins of Saint Paul’s Cathedral ((Portuguese: Ruínas de São Paulo, Chinese: 大三巴牌坊).

Considered as one of the most famous landmarks in all of Macau, these ruins are the place where most tourists pose to take a shot and/or purchase a postcard to send home. 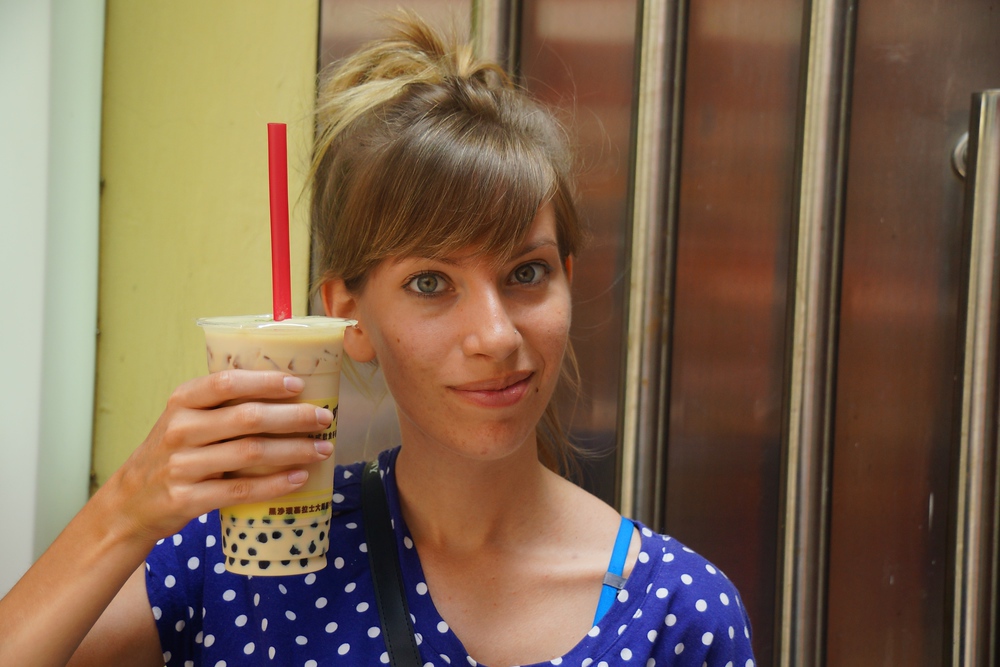 Before climbing the stairs to reach the top of the ruins, we first treated ourselves to a refreshing Pearl Milk Tea.

The heat and humidity of Macau in late August was on par with the weather we had been experiencing in SE Asia for several months. 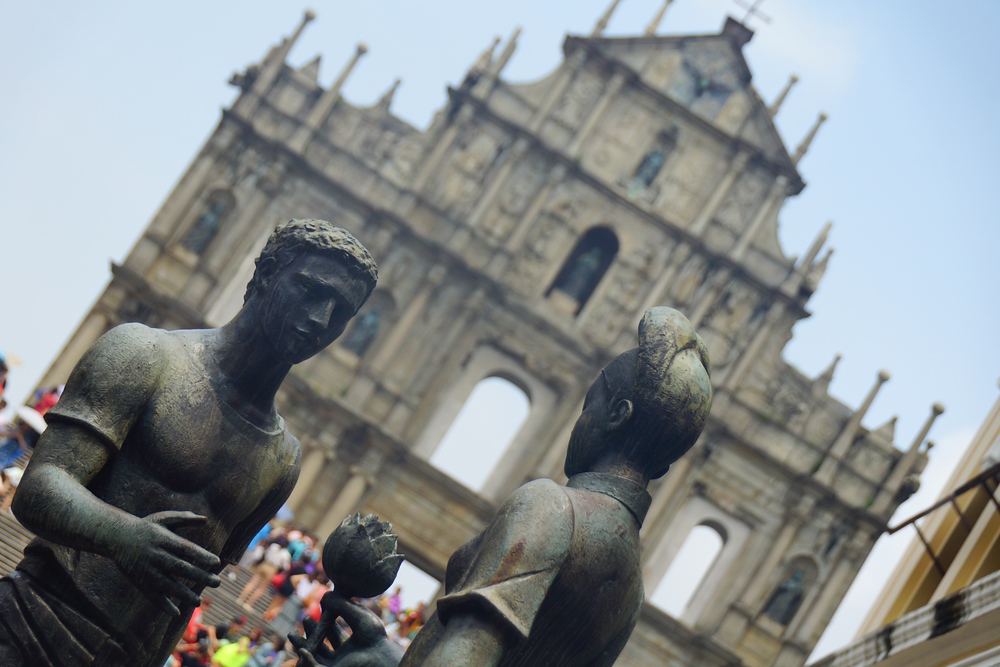 This was distinctly different from the time I first visited back in February, 2008 when I could walk for kilometers on end without breaking a sweat.

Built from 1852 to 1602 by the Jesuits, Saint Paul’s Cathedral was one of the grandest churches in all of Asia.

Destroyed by a fire during a typhoon in 1835, the southern stone faced features intricate carvings. 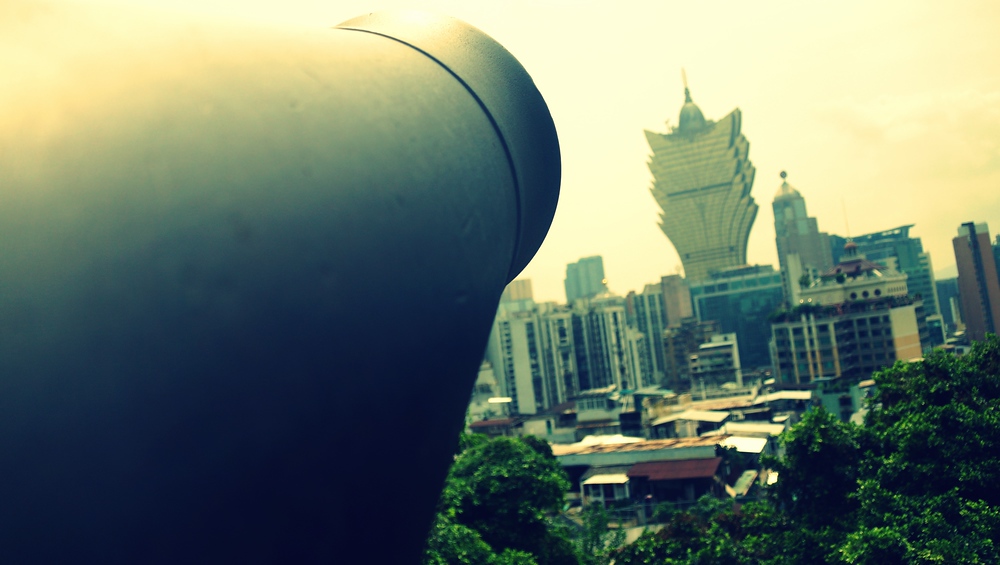 Finally we legged it up to Mount Fortress (Portuguese: Fortaleza do Monte; Chinese: 大炮台) for impressive 360 degree panoramic views of the city.

Cannons remain, some pointing directly at some of Macau’s most monumental casinos, including the Grand Lisboa.

Overall, our late morning and early afternoon excursion was a fascinating glimpse into Macau’s past with hints of modernity and riches flashing in all directions from the peak of Fortaleza do Monte. 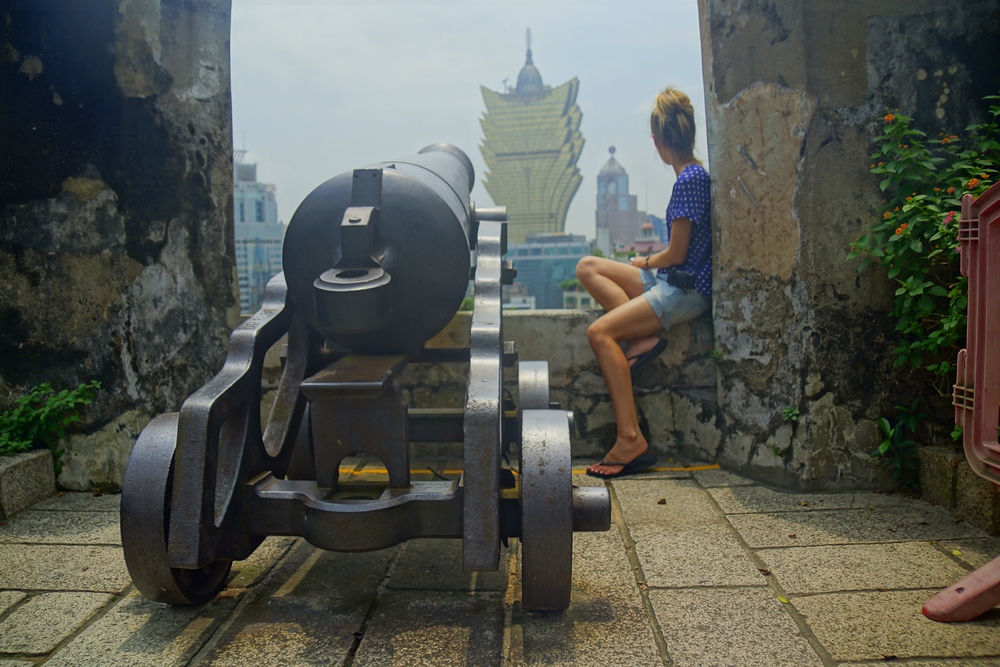