What I love most about travel is when you have an unexpected surprise thrown your way. Although pleasant surprises are certainly more appreciated than negative ones, I think a healthy dose of both really help you to grow as an individual.

Upon hearing about the Mermaid Parade from our New York City host, we decided to head all the way over to Cony Island from the top of Manhattan to check it out.

This annual mid June event, held since 1983, is one heck of a quirky parade focused primarily on the celebration of the arrival of summer.

Regardless of the weather, hundreds of thousands converge to either participate or witness what is going on.

What actually happens might you ask? In a nutshell, a whole lot of everything.

I witnessed signing, dancing, brawling and serious people watching. Performers were decked out in out of this world marine costumes with some choosing to wear less than others 😉 You’ll definitely spot some going completely topless and a few bare bums along the way. The central theme is around Mermaids and sea creatures and what the performers are wearing puts Halloween costumes to shame.

Paying homage to Coney Island Mardi Gras parades this colorful spectacle is eye candy for those watching and absolute gold for the photographer/video enthusiast. I could barely put my camera down; however, I did make sure to take a few moments just to witness what was going on with my own two eyes. 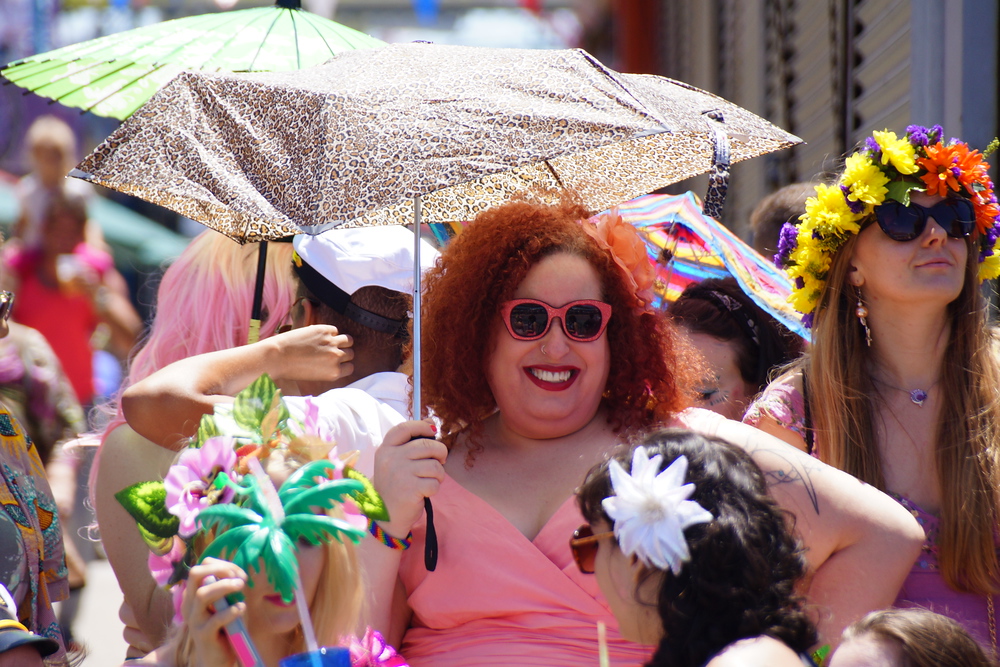 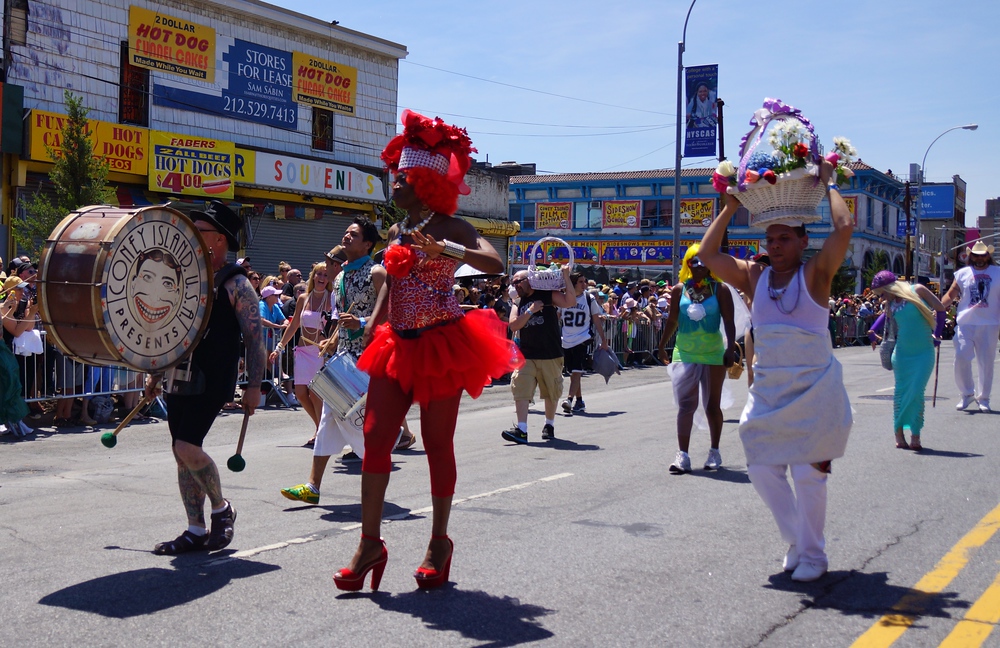 A group of paraders decked out in fancy marine costumes at the Mermaid Parade in Coney Island, New York City. 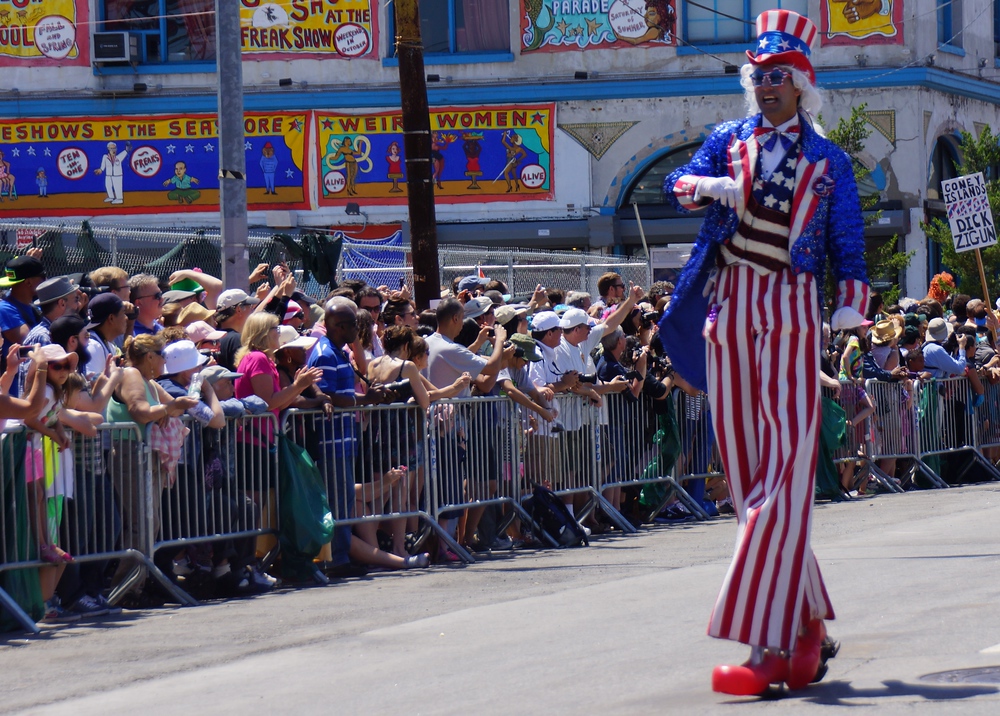 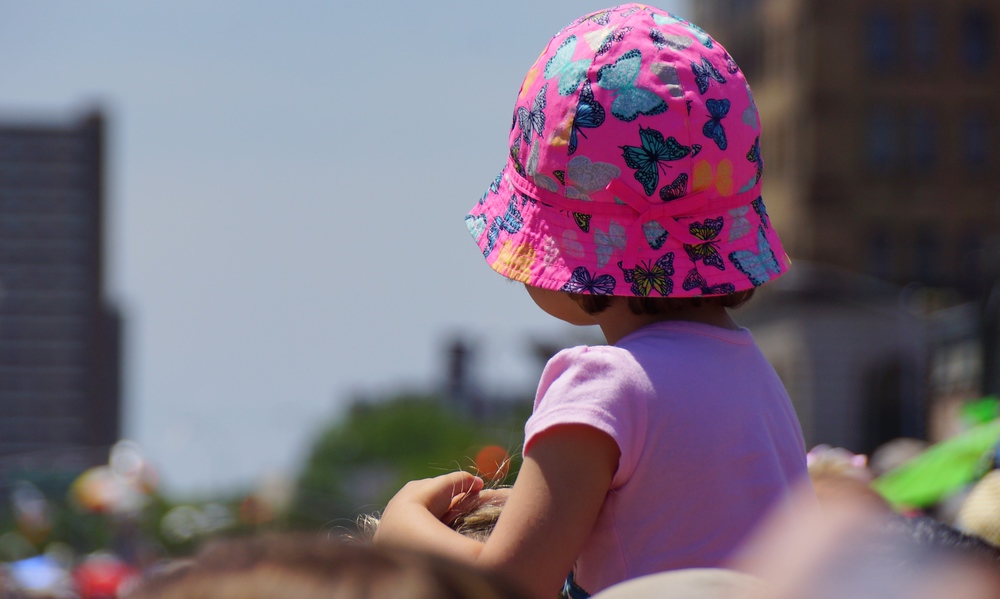 A little girl sitting on top of her Dad’s shoulders watching the Coney Island Mermaid Parade. 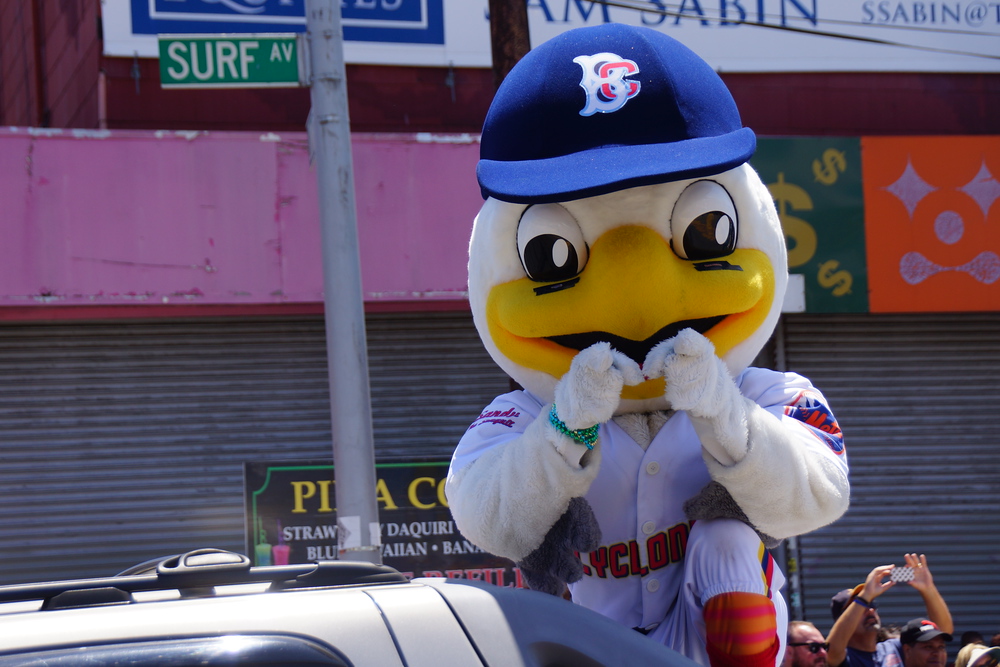 A New York City baseball mascot pointing at the crowd as it parades down the Coney Island Mermaid Parade. 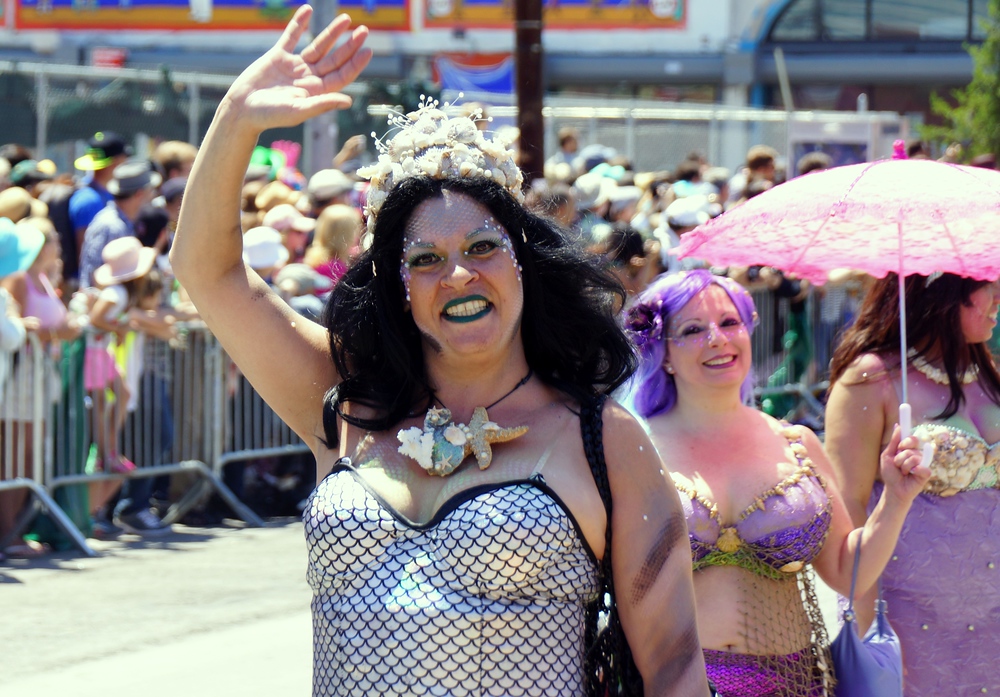 A Mermaid parader looking for a few good seamen

When does The Mermaid Parade happen?  Mid to late June annually

How much does it cost to attend Coney Island Mermaid Parade?  Nada!  It is absolutely FREE

What should I bring with me to the parade?  A hat, sunscreen, water and camera/video equipment

How many people attend?  Hundreds of thousands come to watch and thousands perform

How do I get there?  Take the metro from anywhere in New York via Brooklyn to Coney Island

Do you recommend I check it out?  Absolutely!  I’d go again myself if I ever have the opportunity 😉