This interview is with Top Travel Blogger David Lee who recently published a wonderful guide to Medellin.

Q1) As a backpacker with extensive round the world experience what made you settle on Medellin specifically as your base when you’re semi-nomadic?

Medellin, and Colombia as a whole, fill so many of my interests, including ones I never knew I had. In terms of making it a base, the low cost of living was a big incentive for me to stay.

At first glance, I loved the city’s setting in a valley surrounded by tall green mountains. The 1,500-meter altitude helps ensure a Spring-like climate year round. Being able to wear a t-shirt and jeans, day or night, reflected the perfect climate for me.

I started meeting Colombians right away through Couchsurfing, and quickly built up a social circle as I explored the city (and blogged about it). I was inspired to learn salsa dancing, and had a great time practicing in the bars and clubs.

Another thing I really like about Medellin is that the paisas are incredibly proud of their city, much like New Yorkers.

Q2) Colombia has an often unfair reputation of being a dangerous country for travellers. When you hear such a declaration what are your initial thoughts?

I think it was a fair reputation in the 1980’s and 90’s, however the last President did a lot during his two terms to marginalize the FARC, and improve the security situation throughout the country.

Today, I truly believe Colombia is no more dangerous to visit than other South American countries such as Ecuador and Brazil.

The good news is that as more and more travelers visit Colombia, the word is getting out that it’s not as dangerous as it use to be. 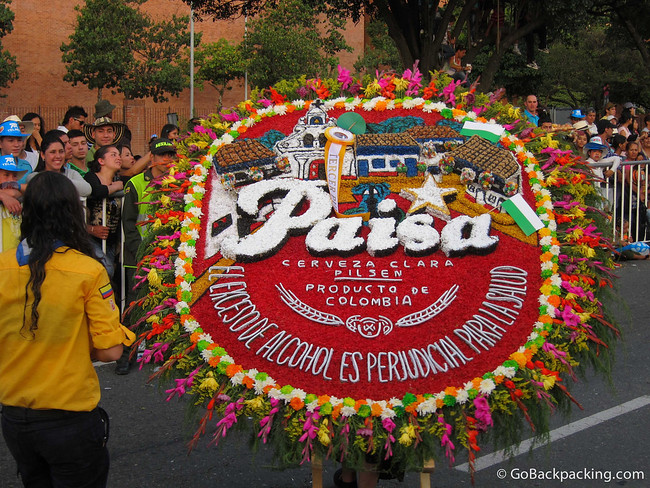 Q3) As I’ve become more familiar with the travel blogging community in recent months, I can’t help but notice that Medellin is a hotspot for digital nomads. What in your opinion are some of the main reasons for this?

The low cost of living is a big part of it. Or to put it another way, you can have a very comfortable standard of living for a lot less than it would cost in Western countries like the US or Australia.

For example, in 2011 I was paying $275 per month (with utilities) for a room in a brand new, 3-bedroom apartment on the 20th floor of a building within walking distance of the metro. I’ve had friends who’ve rented 4-bedroom penthouses for $1,000 to $1,300 per month. The typical broadband (Wi-Fi) connection you get in a rented room or apartment is also good, which is important when you make your living online.

Digital nomads are often single, without families, which bodes well in Medellin because the nightlife is a lot of fun. For the guys, the paisa women have a reputation of being the most beautiful in Colombia, if not all of South America. Even Tim Ferriss was impressed when he spent a few weeks in Medellin on vacation earlier this year.

Q4) What can those considering living (or those already based) in Medellin find on your website (Medellin Living) as useful resources?

We cover a wide range of topics useful for both travelers and expats, however the main focus is the fun stuff: Medellin nightlife, the best restaurants, where to take salsa lessons, and the annual holidays and city festivals like La Feria de las Flores.

Q5) Without going into too much minute details, what would be a basic monthly budget for somebody looking to base themselves in Medellin with the idea that they would be frugal but not cheap?

I think a frugal expat could get by nicely on $1,000 per month. Bump that up to $1,500 if you want to go out partying a few nights every week, eat out often, and take taxis instead of buses. 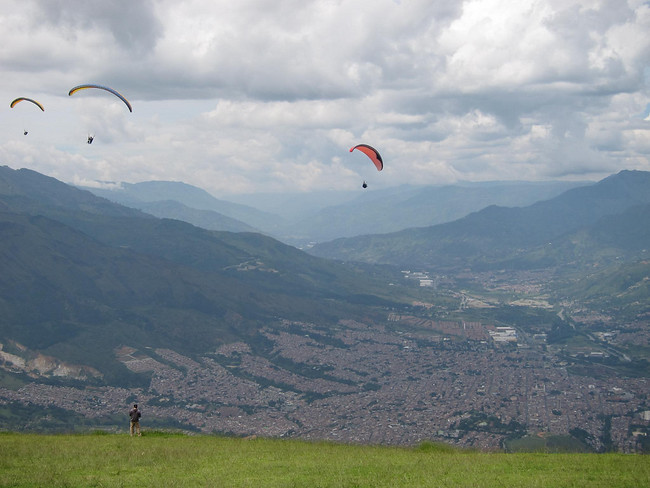 Q6) What are some recreational activities or hobbies one could consider pursuing in Medellin during their spare time?

Cycling is popular, and every Sunday certain streets in the city are closed to motor vehicles so people can get some exercise without the threat of getting run over – either biking or jogging. Alternatively, there’s also an active skateboarding community, with several public skate parks throughout the city.

Medellin is a hot spot for paragliding, and a 25-minute tandem flight costs about $45. It’s also possible to take lessons to learn to fly on your own. I know one expat who has gone a step further and learned to skydive while living in the city. 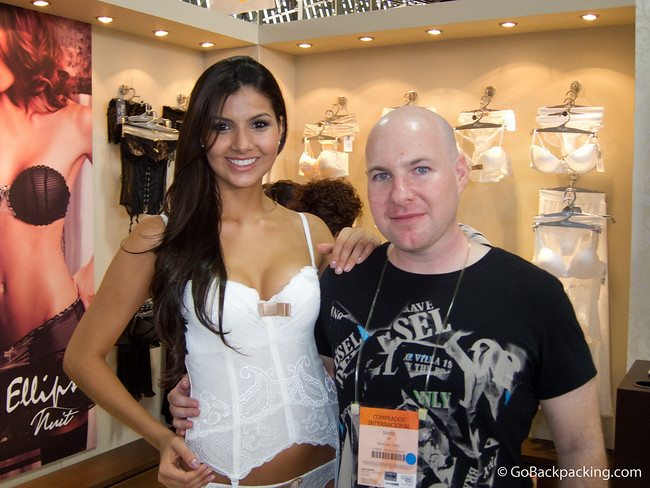 Q7) I’ve heard from others and I’ve seen a few photo essays of beautiful Colombian women. There does seem to be a reputation for some drop dead gorgeous locals. Any thoughts on that?

It’s true. Well, for me at least. But if you’re a guy who likes bleach blonde girls with blue eyes, then Medellin’s won’t be the place for you.

When I initially arrived in Medellin, I was struck by how friendly the girls were, despite my limited ability to speak Spanish. I found them very approachable, and their often amazing dancers too!

Q8) Are there opportunities for employment (aside from being a digital nomad) in Medellin, such as in the ESL industry?

Yes, there are teaching opportunities that are available at the local schools and universities, however it’s more difficult to get a stable, well-paying job in Medellin then Bogota. Private tutoring is also an option.

More than anything else, I’m asked about tips for finding jobs teaching English. The best advice I can give is to start your search once you’re in the city, and even then, focus on networking. Don’t rely on sending emails.

Q9) How about the nightlife in Medellin? What can one expect?

The music in any given club is usually crossover, which entails a mix of salsa, merengue, vallenato, bachata, and reggaeton music. There are a few rock bars and electronic music clubs if you’re not a fan of Latin music.

Beyond the Zona Rosa, there are lots of other places to party in the city, so I encourage visitors to see more than just what’s on offer in the Poblado neighborhood.

Q10) Finally, what is the basic general Visa strategy for those looking to stay long-term in Medellin?

As with any country, there are multiple options. Tourists usually get 60 days on arrival, and can extend their Tourist Visas for up to 6 months per calendar year. Student Visas are an option if you’re willing to pay for classes, and can allow travelers to stay up to a year at a time.

If you have a Colombian boyfriend or girlfriend, and you’re living together, then you can apply for a Resident Visa based on a civil partnership. This is good for a year, and can be renewed annually. After three years, you can apply for permanent residency.

Lastly, you can apply for a Work Visa, which requires you leave the country and fill out a bunch of paperwork. If approved, it can be good for two years at a time.

Dave Lee is the Founder of Medellin Living, and Editor in Chief of Go Backpacking. He blogged his way around the world from 2007-2009, and then started Travel Blog Success to teach others how to do the same.  He’s also the author of a great travel resource for Medellin. When not writing, he can be found salsa dancing in Medellin. Follow him on Twitter @rtwdave