One of the true joys of travel is sampling food for the first time and instantly falling in love. Unlike other exotic foods which are more of an acquired taste, dim sum was love at first bite.

I can still remember trying it for the first time one morning in Malacca, Malaysia at a popular little Chinese tea house. Elderly Chinese ladies wearing aprons pushed around carts filled to the brim with steaming trays releasing a mixed aroma of shrimp, pork, custard and red bean paste.

Men and women engaged in animated conversations at large tables while others sat alone sipping on tea while reading a newspaper.

Not knowing what to order (and without the aid of an English menu) I used hand gestures and pointing to select items that were placed on my table in delicate little trays.

Soon a pot of hot tea was placed on my table. With a tiny tea cup, chopsticks, a small serving bowl and sauce dish I randomly plucked at an ever growing spread of small bite sized food covering my table.

What is Dim Sum?

Traditionally, dim sum is wielded around in carts – pushed from table to table – where customers can select their order from the comfort of their own table; however, these days in Hong Kong, space is at a premium and unless you’re dining at a banquet hall style restaurant, you’re most likely to place your order on an slip of paper where you select your food items on a checklist.

To invite someone out for dim sum (点心 / 點心) is roughly translated in Cantonese as going out to ‘drink tea’ at a restaurant. It’s similar to etiquette in Korea, whereby you’d ask someone out for dinner by inviting them to join you for rice.

Dim sum literally translates as ‘touch the heart’ was originally intended to only be a snack; however, it is now a staple of Cantonese dining culture and restaurants can be found all over Hong Kong. 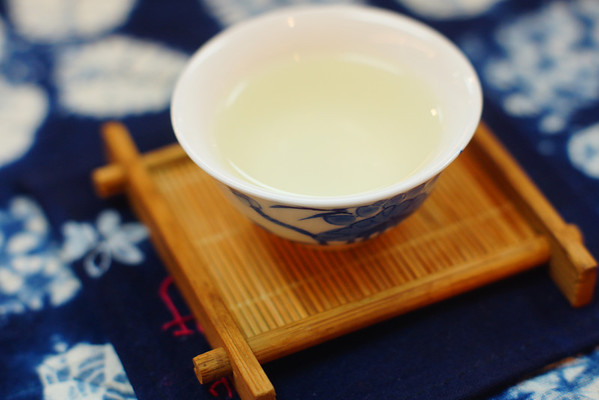 Dim Sum restaurants typically feature a menu with options galore; thus, it can be difficult deciding what to order. To simplify the process try sampling some of my favorites:

These delectable transparent dumplings are stuffed with prawns and were instantly one of my favorites.  Apparently, dim sum masters are judged based on the skill of preparing this particular dish.  It’s such a delicate dish where the skin must be thin and transulucent yet sturdy enough not to spill open its contents when picked up by chopsticks.  This is one of the more expensive dim sum dishes often costing 1.5 times to double the price of others.

If somehow I was forced to only ever one kind of dim sum to eat for the rest of my life (oh, what a tragedy!) I would select baked barbecue pork buns.  The baked variety (they’re also served steamed) features a crispy exterior that is browned and glazed with light sugar producing a delectable golden crust.  The interior is filled with saturated slices of slow roasted pork tenderloin combined with a syrupy concoction of hoisin, soy and oyster sauce, sesame oil and sugar.  When I sink my teeth into these baked pork buns I just let it roll around and melt in my mouth.

For those unfamiliar with dim sum, having a large lotus leaf wrap brought to your table could potentially raise eyebrows.  However, for those brave enough to peal away at the leaf wrapper will be rewarded with a sticky rice, chicken, Chinese mushrooms and sauce.  Considered a southern Chinese specialty, glutinous rice forms a base that is filled with chicken, Chinese mushrooms, sausage and scallions.  If you’ve ever tried eating Thai Mango Sticky Rice it is similar in terms of the way the rice is prepared.

Those with a sweet tooth will be rewarded at the dim sum table.  Be sure to try sweet sesame balls, a Chinese pastry, made with a lotus paste filling and crispy outer exterior consisting of glutinous rice flour coated with sesame seeds.

Dim sum is a social meal.  Friends from Hong Kong have mentioned the optimal group dynamic is 3-4 people considering dishes typically are served in portions consisting of 3-4 small serving sizes.

If you’re alone don’t let that prevent you from frequenting a dim sum restaurant.  In the past, I’ve gone solo and feasted on many trays of dim sum alone.

If you want to eat more like a local don’t fill up a sauce tray with soy sauce.  Dim sum ‘done well’ doesn’t require sauce.  You won’t notice locals eating at their favorite spot dipping their dim sum in any sauce.

Where to eat Dim Sum in Hong Kong?

This small family run dim sum restaurant is located in Sheung Wan.  We’ve typically had to wait for a table.  I’ve never tasted better barbecue pork buns (Cha siu bao) anywhere else.  Try to come in the late afternoon or before lunch hour to avoid the crowds.  Two can dine for 70-100 Hong Kong Dollars

Tim Ho Wan has the impressive distinction of being the cheapest Michelin Starred restaurant in Hong Kong.  High quality dim sum at affordable prices is what brings in people by the droves.  We ended up dining here for the first time with a group of fellow expats based in Hong Kong.  We’ve ended up coming back many times considering it is located within walking distance from our hotel in Mong Kok.

Have you tried dim sum before?  What are some of your favorite dishes?  Any favorite spots to eat dim sum?  If you’ve never tried it before is it something that looks appealing to you?