Imagine yourself standing on the peak of an awe inspiring mist awning mountain with nothing more than nature´s glory sprawling out at you in every direction.  If that doesn´t tickle your fancy, how about visiting that sacred temple that you thought was only accessible through the sticky pages of National Geographic Explorer?  It doesn´t take a lot of convincing to express that the rewards and benefits of extensive and extended travel are almost inexhaustible; however, the excuses why ´most´ never get out and experience adventures on the road are numerous.  The most typical excuses aren´t exclusive to just travel, but there are some that seem more unique/specific to this given topic.

The truth is that travel in developing countries is far CHEAPER than the cost of living for an average month if you hail from a first world developed nation.  The expenses you avoid while traveling are numerous.  The cost of living the high life with the swanky pad, vehicle, insurances, various (essential and non-essential) subscriptions, taxes and a multitude of other cash deplete-rs simply do not exist while you´re carrying nothing but a backpack.  As a rule of thumb, one can get by quite comfortably in areas such as South East Asia and many other developing nations with a daily budget of $20 to 40 which stretches anywhere between $600 to 1200 USD a month.  Oneis not scrimping with this kind of budget feasting on three square meals of generous sized portions of local food per day, sight-seeing most afternoons, going on occasional organized tours, semi frequent nightlife and transportation to and from  place to place.  Some have a harder time giving up creature comforts they find back home while others become frugal in ways they had never imagined.  The budget I´ve given allows for the flexibility of the subjective traveller with all of their specific needs and individual quirks.  Anyhow, the verdict is in and the cost of travel in most parts of the world is absolutely significantly cheaper than the boxed in lifestyle one is often not quite fully pleased with back home.

This backpacker has been on the road for over two years having left home with nothing more than $500 in his pocket.

I think this might be the most common excuse I´ve heard by far.  I´ll be destroying my career if I take X amount of months off or a whole year from work or study.  I won´t be able to get hired or pick up my studies again and I´ll have a hole the size of the Rocky Mountains in my otherwise spiffy and impressive resume.  What one often doesn’t realize is that the job you feel that won´t be waiting for you back home is likely not the only option one has to consider. If one absolutely feels they’re limited to living in a specific city, house and job; however, if you have skills that are highly employable you´ll land that cushy job once again with nothing but ease.  If you´re a trained professional you won´t find any shortage of students to teach, needles to poke or jerks to sue.  The conditions and reality of life doesn´t change overnight just because you´re not there for a year.  I´ve seen numerous people quit and then find even better jobs after they´ve come back home.  The truth of the matter is that backpacking changes you immensely and more often than not in a positive manner.  When you realize you can get by for an entire year with nothing but a 12 to 15kg pack on your back you´re probably less likely to go back home and continue hoarding, polishing, collecting and spending money on stuff in ridiculous ways that never even came close to fulfilling you in the first place.  Personally, I´ve found employers are often fascinated by those who have done ´unique´ things and backpacking definitely is given high priority in this  broad category.  The time away from the hamster wheel of daily routines may also give one a broad new perspective leading one towards an exciting new career that otherwise would have never been discovered.

This nomad has been abroad since 2003 requiring nothing more than a laptop and an internet connection.

I must admit this one makes me chuckle.  I´m in my late twenties and feel the world is my oyster, but I´ve seen a few seasoned and jaded characters in my day who wouldn´t have done much to convince me that they were backpacker material; however, I´ve since changed my global opinion considerably when I witnessed with my own two eyes individuals in their 70´s and 80´s doing jungle treks, mountain climbing, safaris and white water rafting.  They screamed, roared  and laughed loader than the crowd less than half their age and had a common thread of being young at heart and full of adventure, excitement and enthusiasm.  It´s never too late to get off your ass and get out of your well defined and ridiculously rigid comfort zone, but it does take a bit more initiative and enthusiasm I would imagine as you advance in years.  I´m not even thirty, totally healthy and physically fit, so I can´t comment too much on the area of daily physical challenges but just let it be known that there are those who are much older than you who are enjoying the times of their lives without the aforementioned aches, pains and moaning that might be associated with a more mature traveller. The bottom line is simply this – travel can be done at any age.

This digital nomad hit the road to successfully pursue a travel career as a writer and photographer around the time when most individuals are thinking more towards a lifestyle of retirement.

I´ve only covered just a few of the more common excuses I´ve heard from those who desperately ´want´ but actively ´choose´ not to travel. The reality is that people are doing what one might think is impossible each and every day.  Moreover, the fact that life is brief and unpredictable gives you ample reasons to get your gears shifted in the right direction.  There are only so many tomorrows and without making it a priority it´s likely going to always be stored away on the back-burner on the ‘things-to-do-list’ that one never finds time to complete.  Anyhow, I do hope that if one has the burning desire to seek new cultures, experience new food and bombard their every sense with new stimulation that they stop making the excuses that prevent them from getting the ball rolling and start moving in the direction of their wildest dreams 🙂 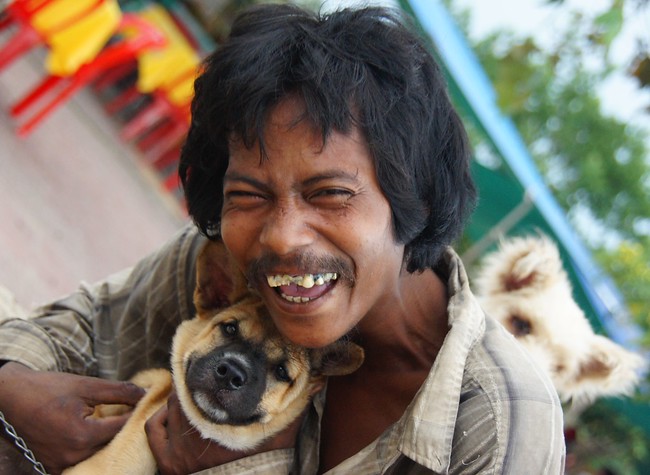