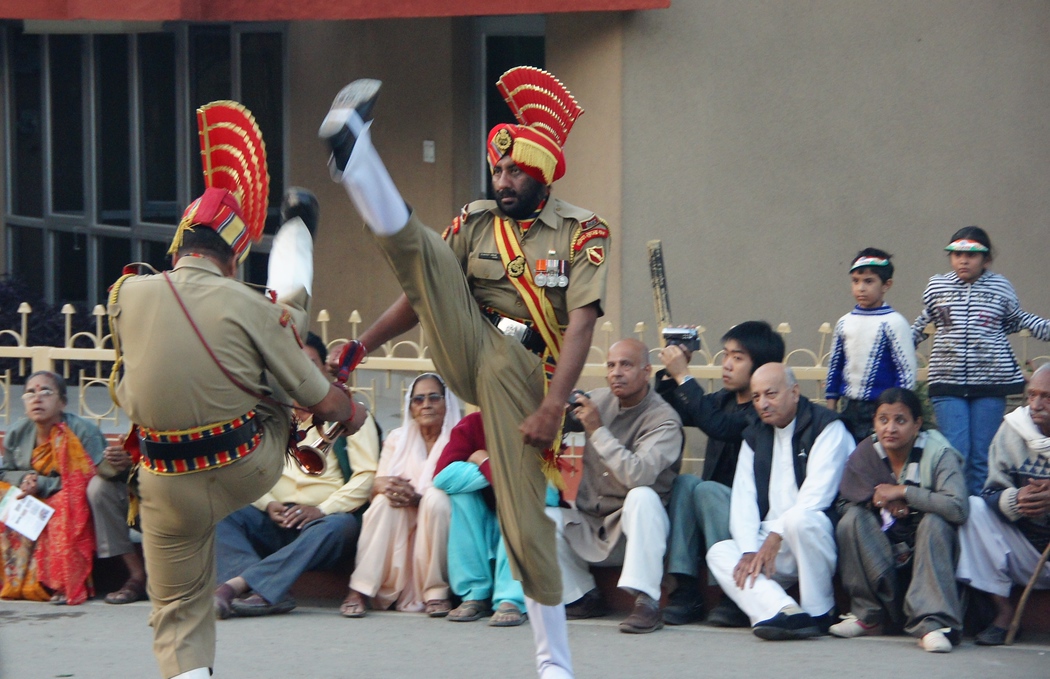 The border closing ceremony between the security forces of India (Border Security Force) and Pakistan (Pakistan Rangers) is a unique experience that is without any comparable rivals.

Held daily since 1959, the ceremony takes place every evening before sunset at the Wagah border – just outside of Amritsar, Punjab.

With free admission (aside from transport) the ceremony attracts enormous crowds of both locals, tourists and foreigners; however, on the Pakistani side, the crowds is a much more humble gathering. 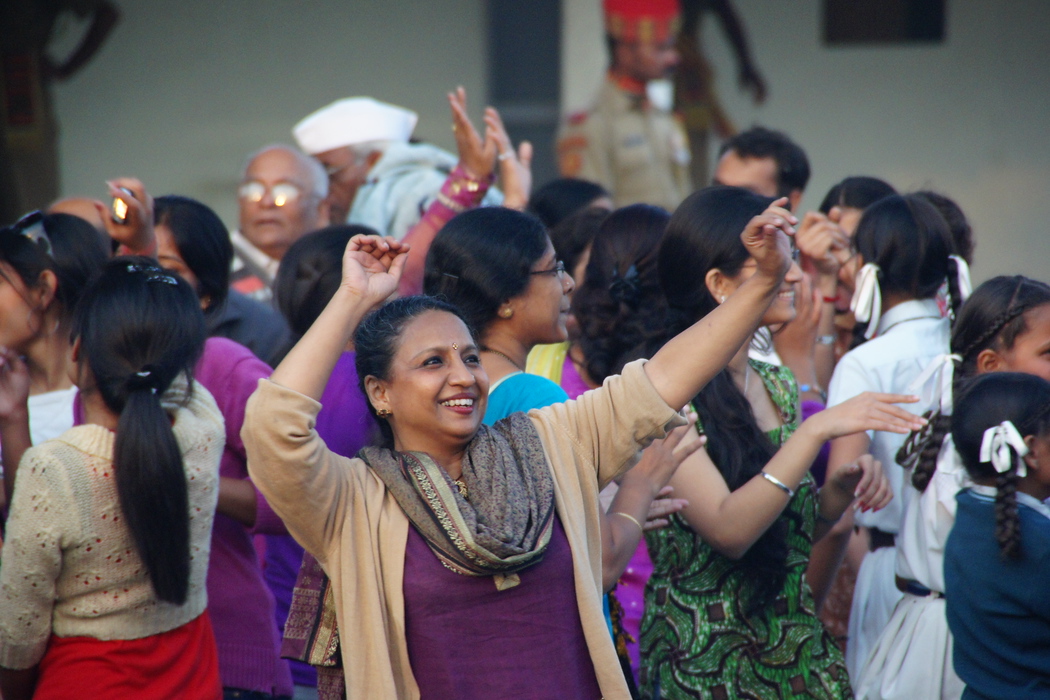 The festivities begin with dancing on the Indian side prior to the official ceremony with women of all ages partaking in the celebrations.

The ceremony commences with a roistering parade by soldiers on both sides of the border with theatrics that would have Monty Python eating his heart out.

Proud peacocks ruffling feathers could not compete with what is going on at ground level in a display of exaggerated marching, high legs kicks, stares and other highly coordinated manoeuvres.

The finale takes places at sundown when the respective flags of each country is lowered, folded and paraded to a designated storage facility with a brief aphoristic handshake between soldiers on both sides.

It truly is a spectacle unlike any other I’ve witnessed before in my life. 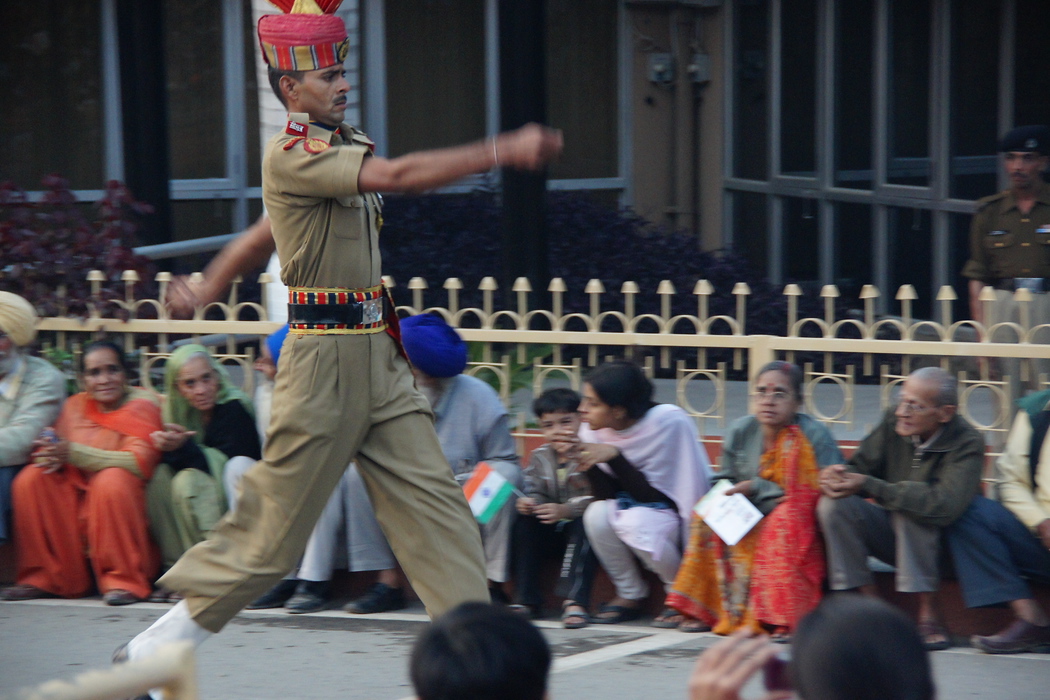