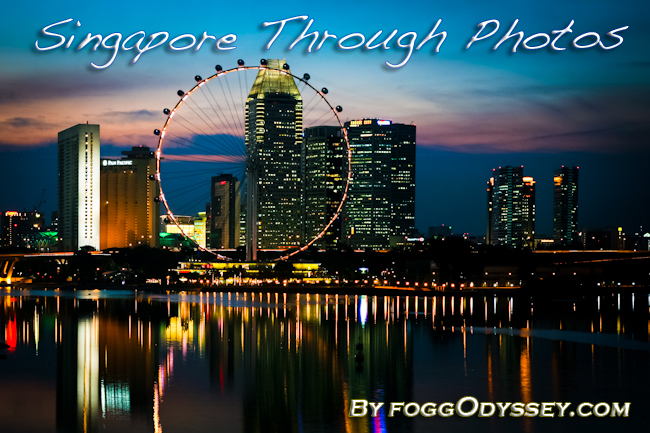 In 2009 I had to exit Thailand for a visa run and decided it was time to explore Singapore.  I packed a small bag, bought a cheap ticket from Air Asia and grabbed my camera to see what all the fuse was about on this tiny island nation.

I spent a full week there and even though it’s a lot more expensive then the rest of Asia I quickly fell in love with the country. I spent most of my time walking around the city and taking random photos, this is what I got.

(The original Singapore Sling drink at the famous Long Bar in the Raffles Hotel. Be warned though, one drink costs about $15 USD!)

(Singapore’s national icon, the Merlion, half lion and half fish. There are only five Merlions in Singapore recognized by the STB.)

(Marina Barrage… would you believe this is an industrial water plant? Looks more like an art museum doesn’t it?) 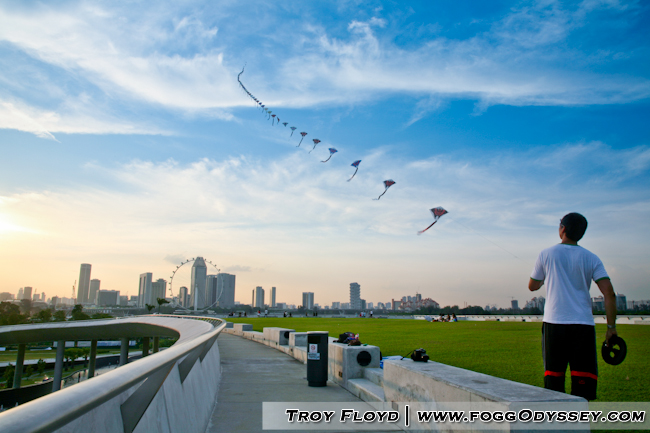 (On top of the Marina Barrage is a grass park where people are famous for flying kites.)

(Girls jump for a photo with cranes in the background. This was taken on top of Marina Barrage)

(People might not know it but Singapore is full of Indians and Hindu is a big religion there.)

(A girl dressed up for an event called Cosplay. Big in Asia it’s where you dress up as your favorite cartoon character and you can see people who actually go to work looking like this sometimes.) 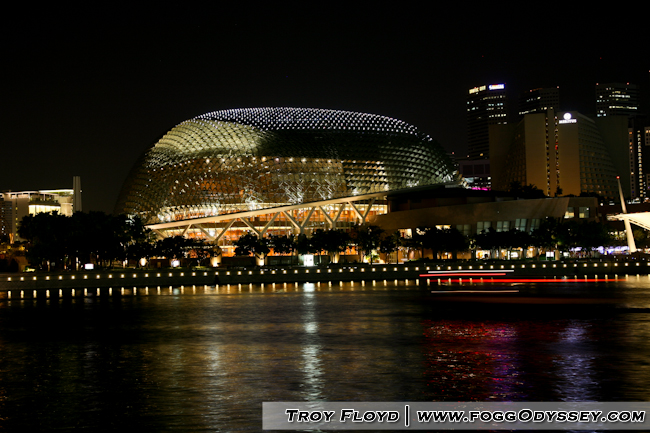 (The Esplanade is a theater center for performing arts. Like the Sydney Opera House it’s a national symbol for Singapore.)

(A boy playing in a fountain inside a shopping center.)

(The metro system in Singapore is one of the best in the world. Every 500m is a stop and it’s very affordable but yes it sometimes can get over crowded at certain times.)

(…and one last shot of the beautiful city at night. It really is a photographers dream place!)

T-roy is taking an extended holiday from being responsible. Quitting his 6-figure salary job that was killing him with 12hr work days, he decided that this wasn’t the life. He moved to Thailand and spent 3 months living a humble backpackers life and loved the experience so much he kept going. He’s currently hanging out in Medellin, Colombia doing photography work while running his own travel blog www.foggOdyssey.com.  You can also connect with him on Facebook, Twitter or Google+