New Zealand, the Land Of The Long White Cloud, needs no introduction. Everybody is aware of its sheer beauty, a beauty brought to a worldwide audience thanks to Peter Jackson’s 2001-2003 Lord of The Rings movie trilogy. Earlier this year I was fortunate enough to spend 6 weeks travelling around this remote, sparsely populated country (with 40 million & counting it has 10 times as many sheep as people) & I present here a photo essay, from the very tip of the North Island to the windswept bottom of the South, showcasing some it’s unparalleled natural beauty & must-see highlights.

This is a wonderful guest post contribution from David M Byrne: 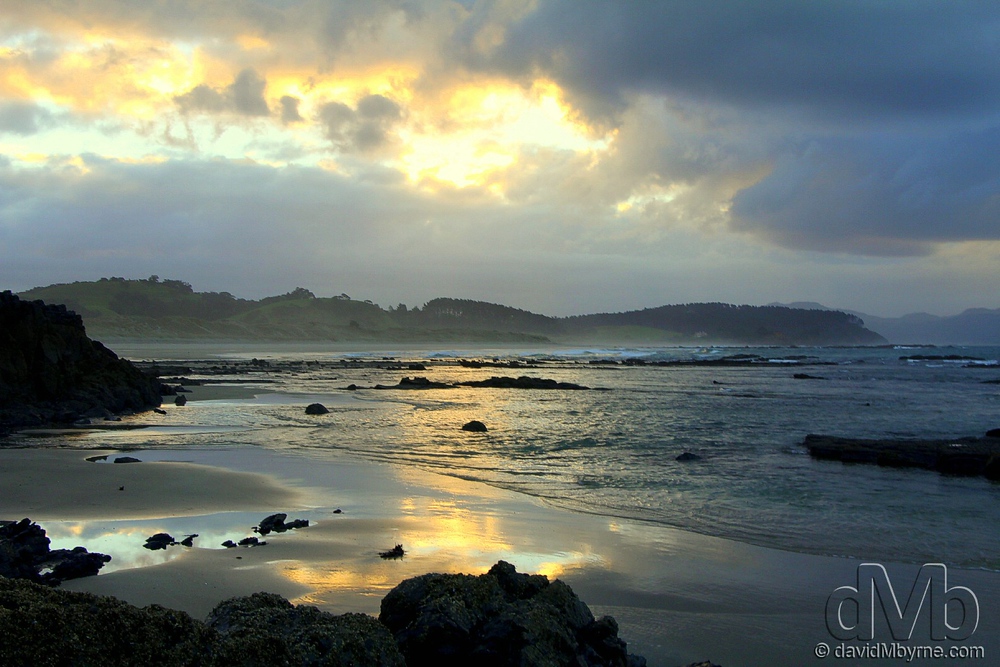 Northland is a rugged finger of land stretching for some 400+kms north of Auckland, New Zealand’s largest city (although not it’s capital). Up there it’s all about natural attractions; it’s a sparsely populated area of deserted beaches & breathtakingly beautiful coastal scenery. 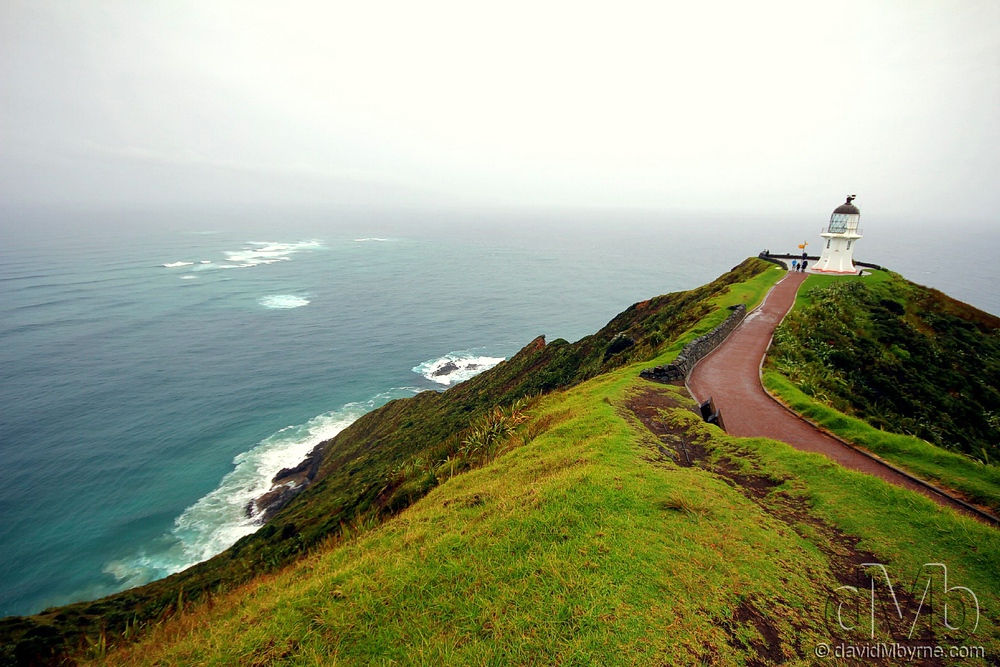 You can’t get much further north than this, Cape Reinga, sitting at the tip of land that forms NZ’s northern extremity. Things get very remote up here & the end-of-the-world feeling one gets looking out over the vast expanse of ocean, with the waters of the Tasman Sea (to the west/left) and Pacific Ocean (to the east/right) breaking together, is hard to portray in pictures. 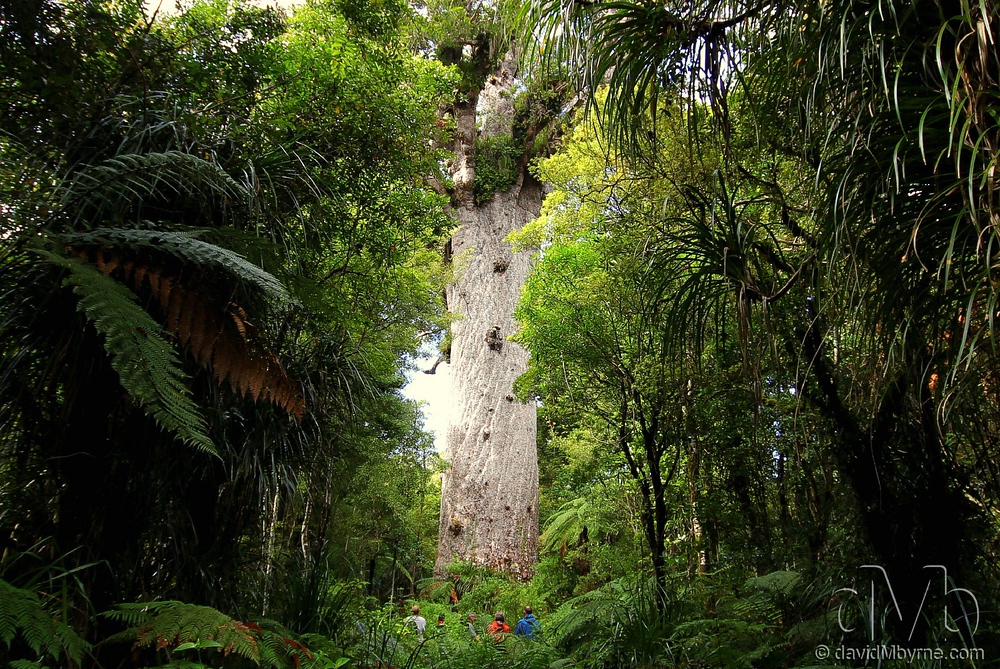 This is Tane Mahuta who, at 51 metres high, 13.8 metre in girth and with a wood mass of 244.5 cubic metres, is the largest & one of the oldest kauri trees alive. He’s found in the Waipoua Kauri Forest, one of the great natural highlights of Northland’s west coast. Kauri forests were once widespread in the northern part of the country but they diminished with the arrival of the Europeans in the mid-19thcentury. Now only remnants of the once-great forests remain.

Rotorua is the tourist hotbed of the North Island, a geothermal wonderland full of geysers, bubbling hot mud pools & clouds of rotten egg-smelling sulphurous gasses. It sits on the Rotorua caledra, one of several active volcanoes in an area known as the Taupo Volcanic Zone. Hell’s Gate is one of the many $35-entry-fee thermal reserves in the Rotorua vicinity, but the only one owned & operated by a Maori (indigenous New Zealanders) tribe.

The medium-sized tree fern is endemic to New Zealand & is the symbol commonly associated with the country – it appears on the country’s coat of arms & many New Zealanders get it tattooed on themselves to show their Kiwiness. 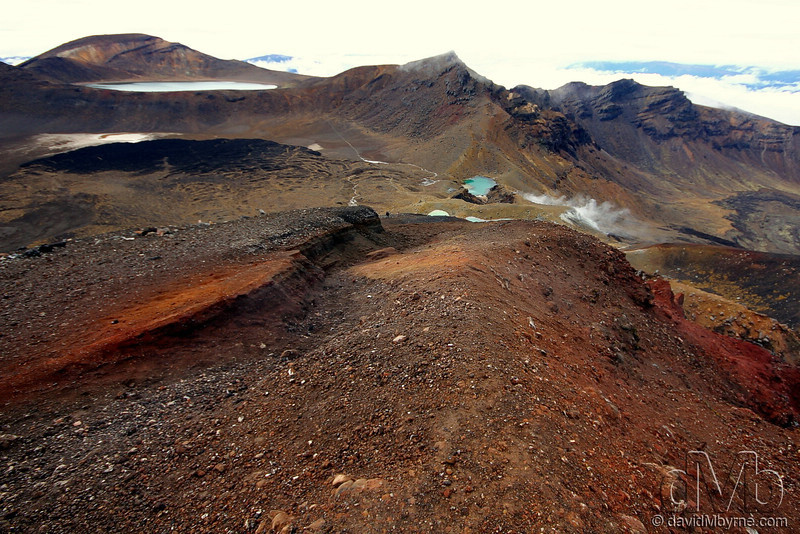 The volcanic centre of the North Island is dominated by the Tongariro National Park. Established in 1887 this was New Zealand’s first national park & is probably it’s most famous… & definitely it’s most spectacular. The park is dominated by three peaks, 3 active volcanoes. In winter (the northern hemisphere’s summer) it’s a haven for skiers & in summer it’s a haven for hikers, offering some of the world’s best tramps/hiking, crossing martian-esque terrain of active craters, steaming vents & beautiful coloured sulphur lakes.

The West Coast of New Zealand’s South Island is one of the more remote and most sparsely populated areas of the country. It’s synonymous with beauty, rugged beauty; wild coastlines, snow-capped mountains & glaciers are its forte. 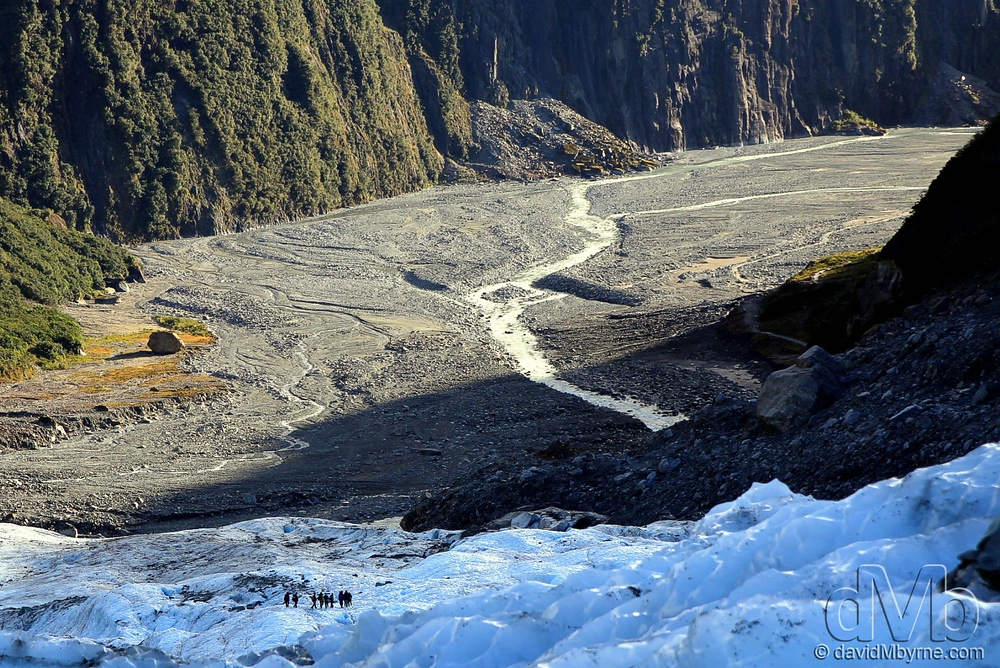 There are over 3000 glaciers in New Zealand longer than 100m in length & this, Fox Glacier, along with nearby Franz Joseph Glacier, is one of the South Island’s must-see sights. The two glaciers, geographically 23km apart, are unique in that nowhere else in the world at this latitude do glaciers come so close to the ocean.

A sign that says it all about the stunning scenery inland of the Haast Pass on the road from the West Coast of the South Island to Lake Wanaka. 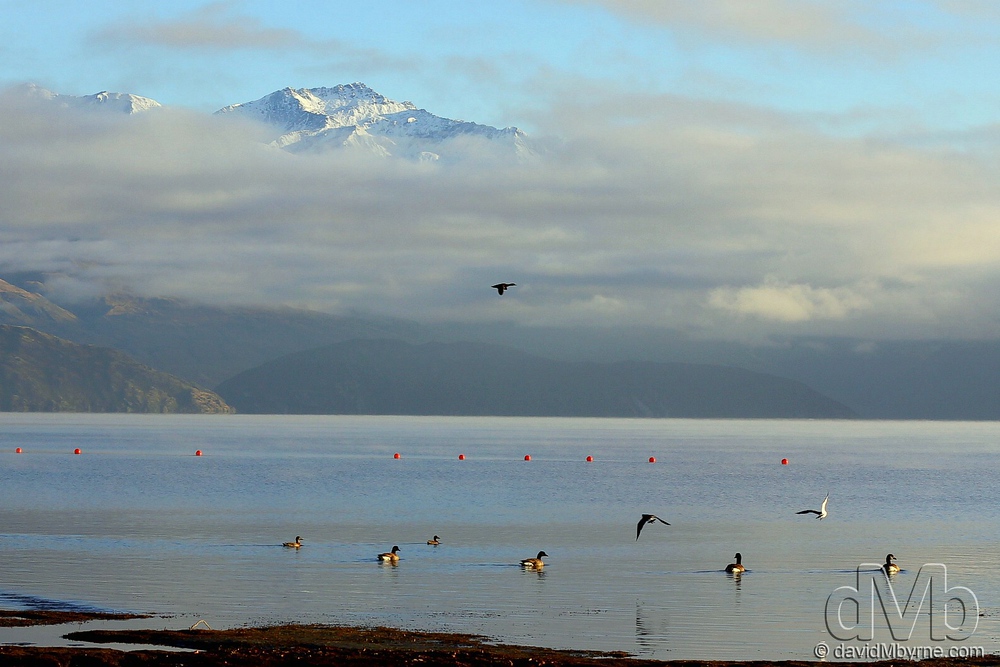 In a country overrun with stunning locations there can be very few as beautiful as Wanaka, a charming lakeside town surrounded by mountains and situated at the southern end of the lake of the same name. This is an early morning picture taken from the shores of the lake looking out towards the Southern Alps which make a stunning backdrop to the town. 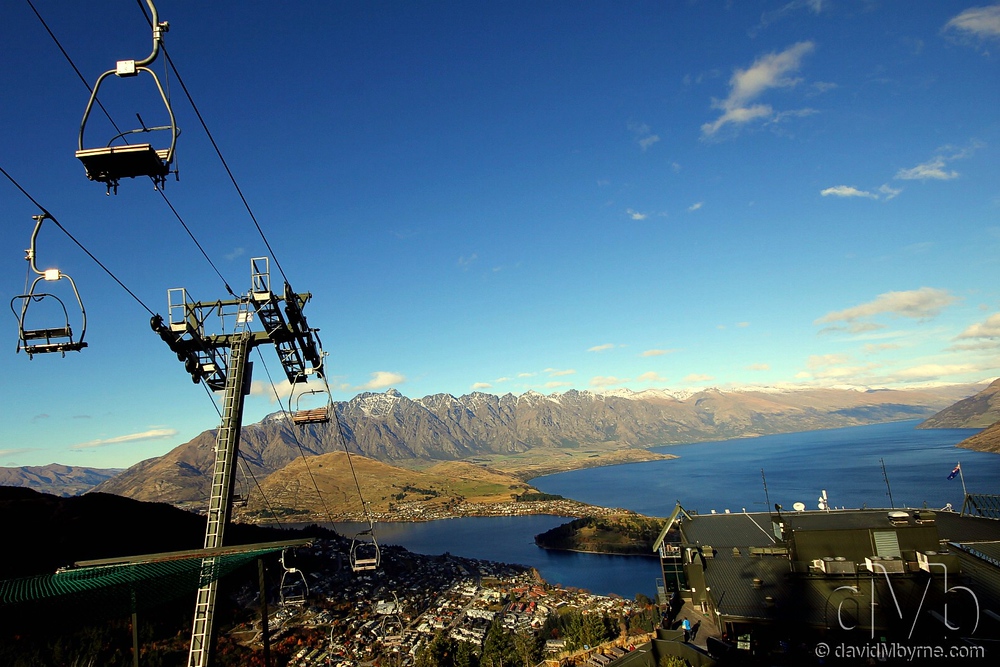 Surrounded by majestic mountains & nestled on the shores of crystal clear Lake Wakatipu, Queenstown is another South Island location with a drop-dead gorgeous setting. The so-called adrenalin capital of the Southern Hemisphere (some say the world), it is an immensely popular stop on the travellers circuit, especially in the winter months of July & August when the après ski crew are in town.

The Catlins, in the extreme south-east of the South Island, is yet another area of untouched costal scenery. Waipapa Point, a rocky promontory not too far from Slope Point, the most southern point on the South Island, is an exposed location infamous for it frequently wild weather, heavy ocean swells & as the scene of New Zealand’s worst maritime disaster – on April 29th 1881 the passenger steamer Tararua, en route to Melbourne, Australia, foundered offshore with the loss of all but 20 of the 151 people aboard. The lighthouse seen here, Waipapa Point Lighthouse, was built in response to the tragedy. It began operating in 1884 & became fully automated in 1976.

Mount Cook National Park sits in the centre of the New Zealand’s South Island. 22 of the 27 highest peaks in the country are to be found in this area, with the highlight being Mount Cook itself, the highest peak in the country. This is an extended exposure image taken in the White Horse Hill Camp Ground in the shadow of some of the other impressive park peaks, about a 2-hour walk from the glacier lake at the foot of Mount Cook.

The expansive inland plains of the South Island, Mackenzie Country, is an area of high ground, clean air, distant mountain ranges & turquoise lakes. Right in the heart of all this is stunningly beautiful Lake Tekapo, on the shores of which you’ll find the iconic Church of the Good Shepherd, arguably one of the most photographed buildings in New Zealand (& for good reason).

David M is a hobbyist photographer, Getty Images Artist & ardent traveller. His photography blog contains an ever-growing collection of quality images captured all over the world. You can also find him on facebook, twitter, Google+ & flickr.