If all roads in Korea lead to Seoul, few roads in Seoul can compare with the bustling hive that is known as Insadong.  Insadong is known as ‘the traditional’ street in Seoul where Koreans and foreigners converge on mass to sample a slice of traditional Korean music, performances, culture, street food, antiques, arts, crafts, restaurants & trendy cafes.  It certainly creates an interesting dynamic, as one is just as likely to spot a group of trendy Japanese tourists as they are a robed monk.  As a travel photographer who loves to take candid portraits, I can’t think of a better spot in all of Korea to wield my camera.  When I come to Insadong my biggest concerns are whether or not I’ve charged both of my batteries and brought enough memory cards 😛  The following is a photo essay of the distinct faces I’ve encountered wandering down one of my favourites streets in all of Seoul: 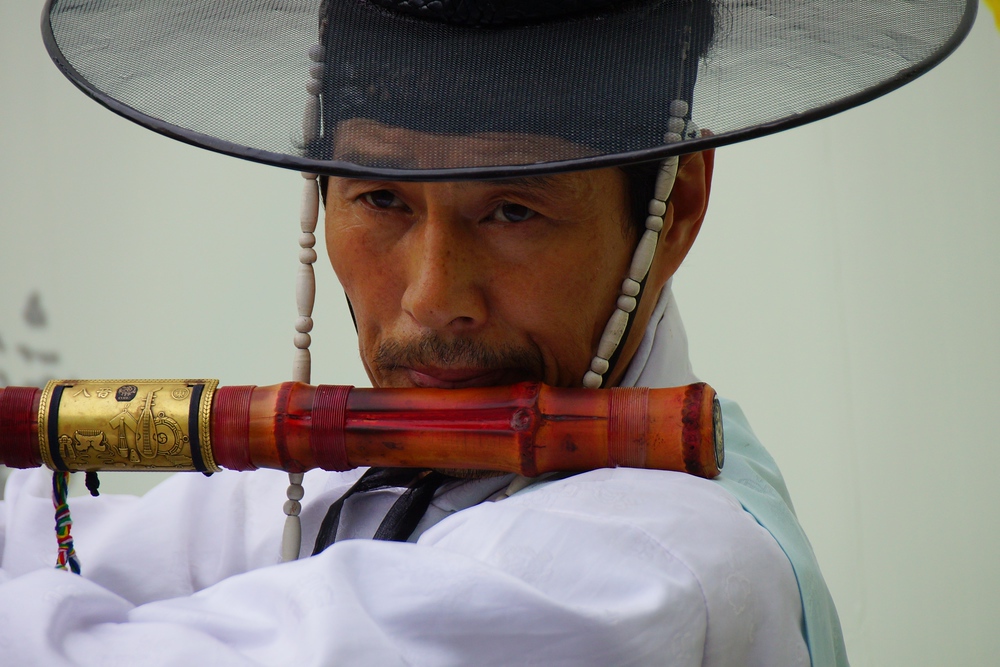 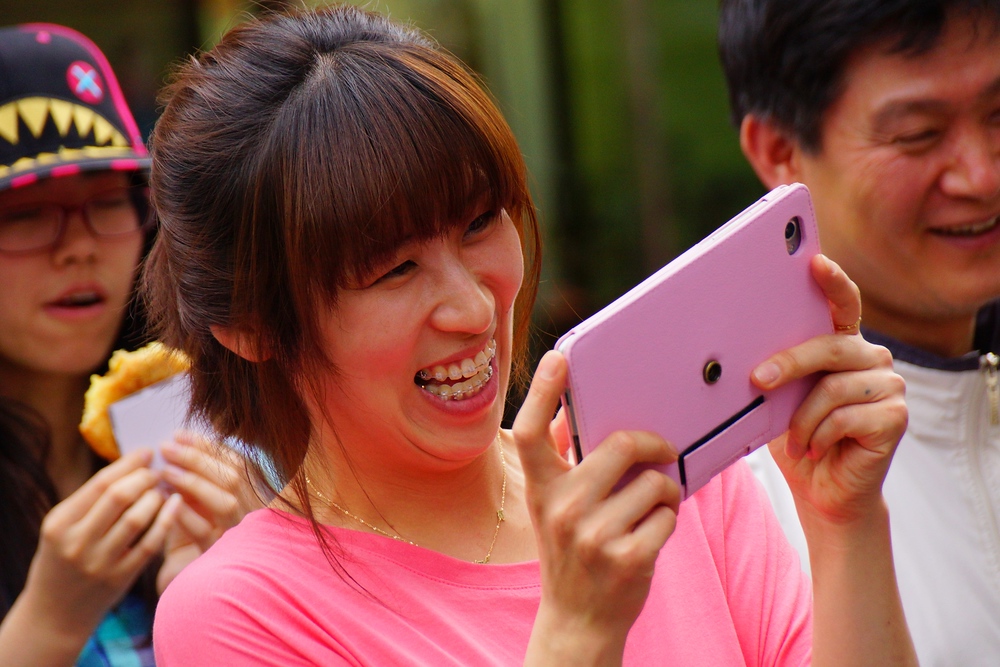 A Korean lady flashes an enormous smiling face while enjoying snapping a photo with her large pink tablet. I still find it a bit strange when seeing people taking photos with these kind of tablets – Insadong, Seoul, Korea. 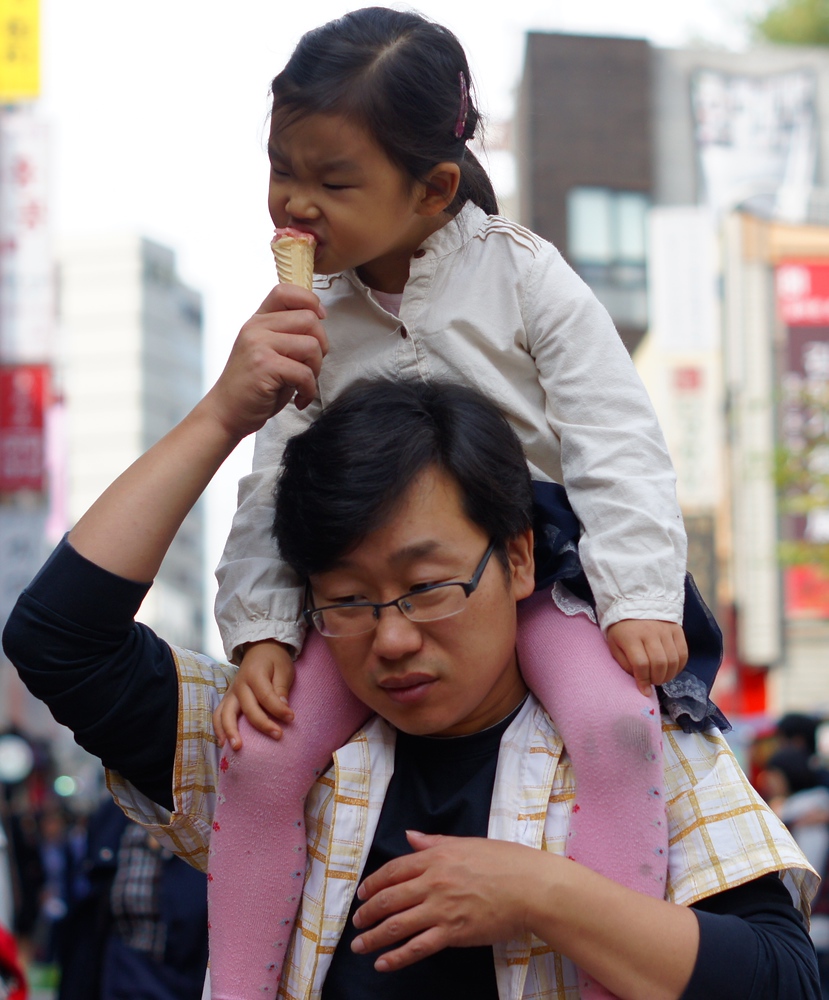 This adorable Korean girls takes a bite out of her ice cream as she’s being carried piggyback by her father in what is a very cute moment. 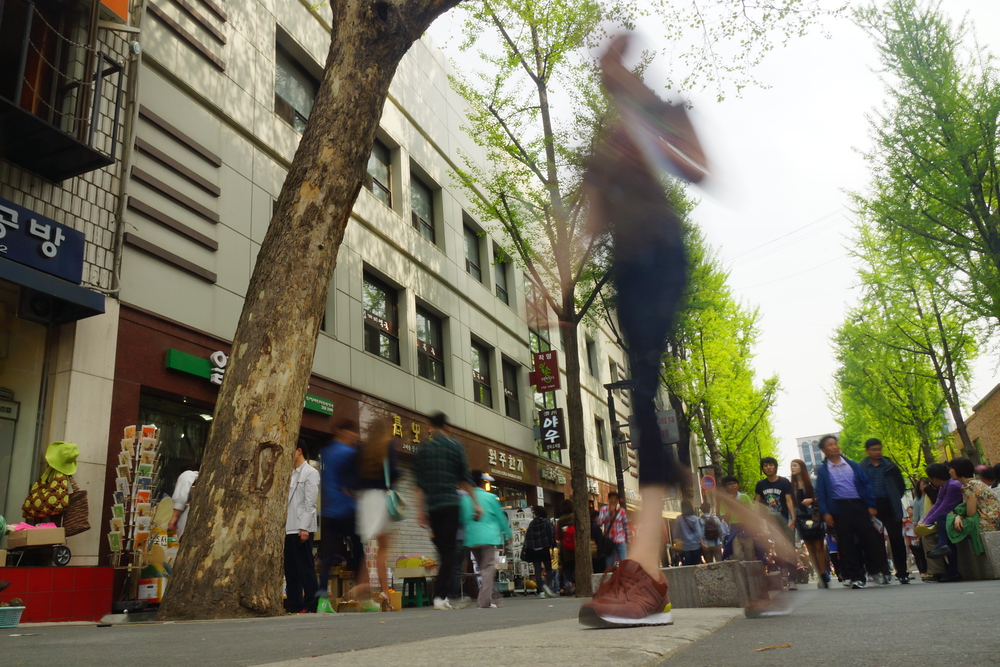 In this photo a tall foreign lady is rendered into a motion blurred streaking figure. As a travel photography tip, for those wanting to emulate this photo, you’ll need to use a slow shutter speed and take a lot of photos, as luck is a big component with this kind of shot 🙂 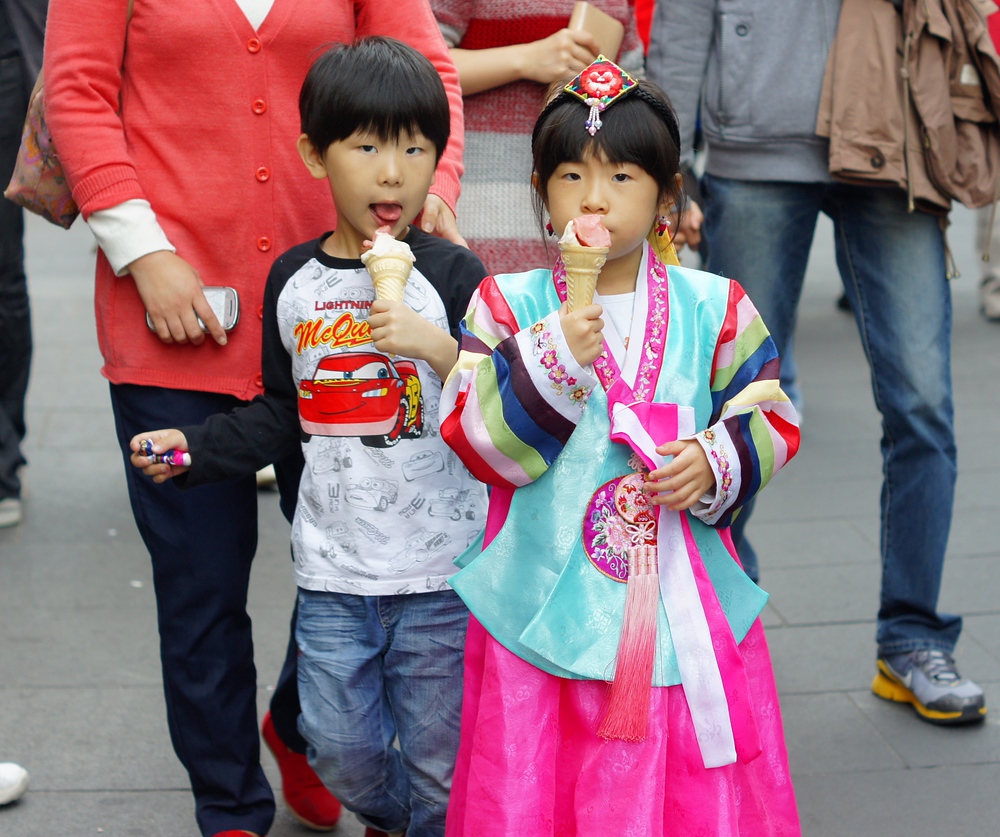 A small Korean boy and girl dressed in traditional attire enjoy a refreshing bite of an ice cream cone. 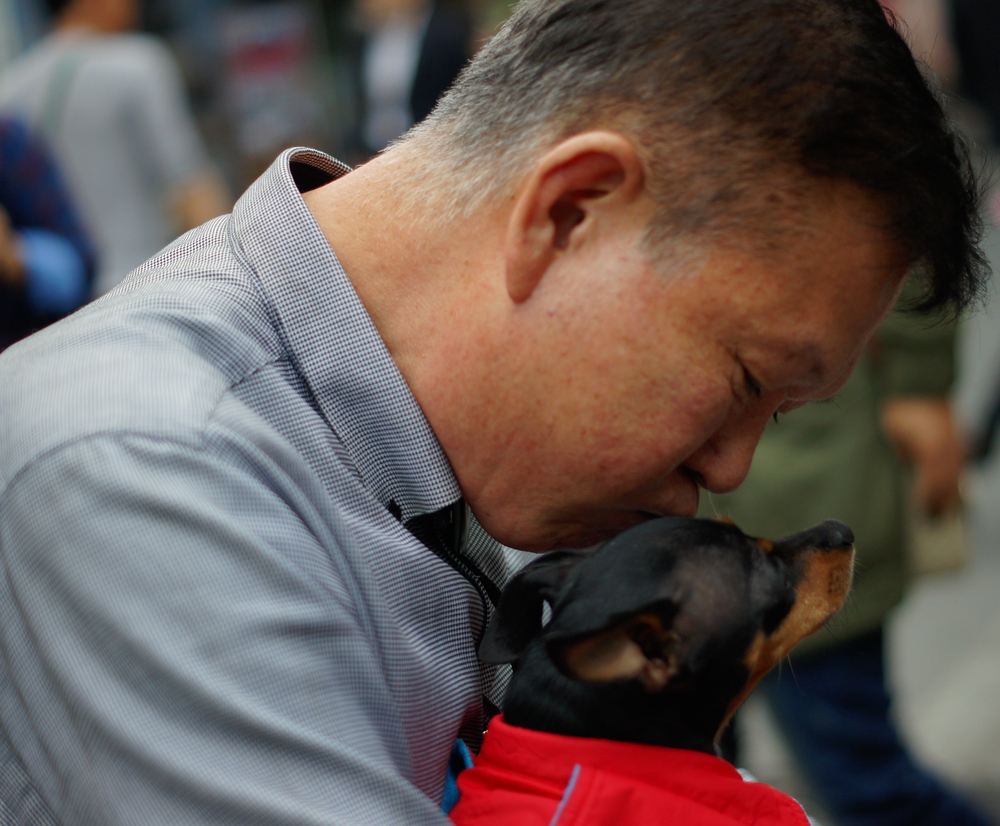 This Korean man shares a cute moment with his dog – dressed in a warm suit – as he tenderly kisses the top of its head. 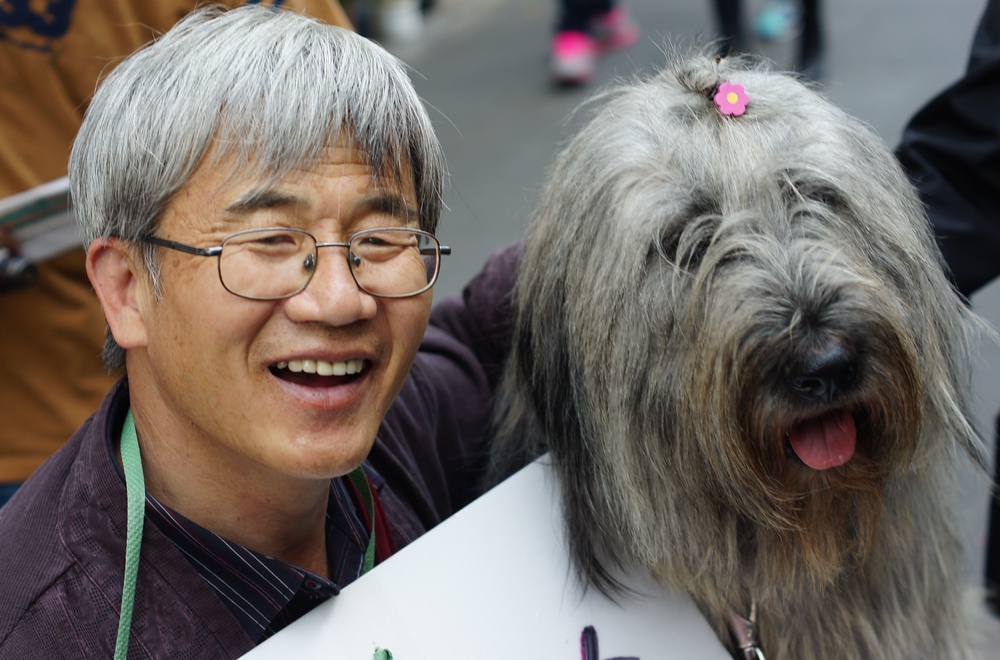 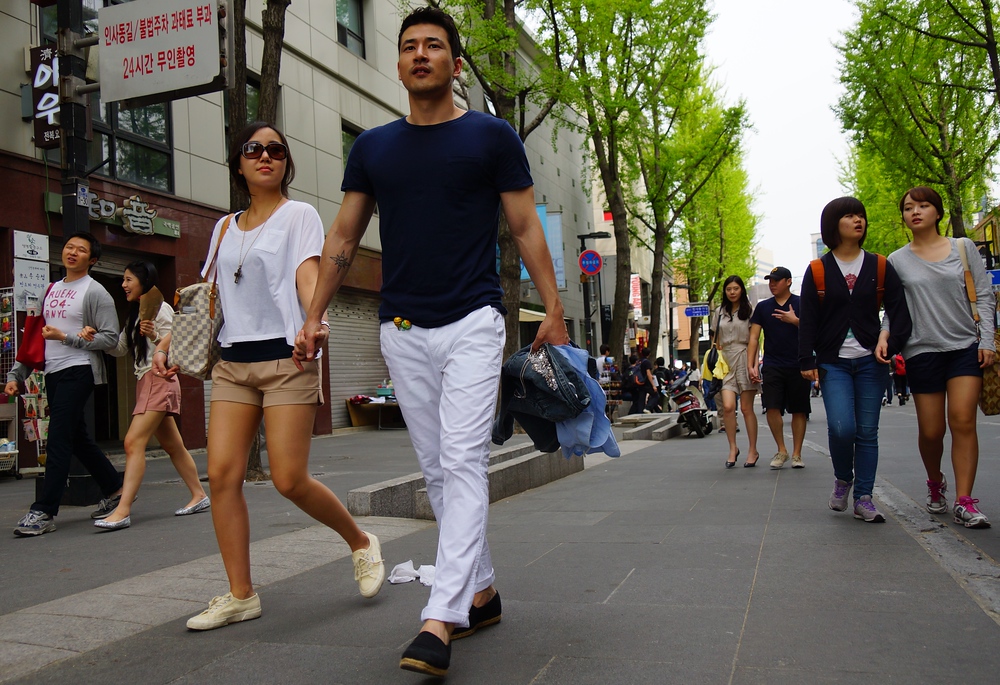 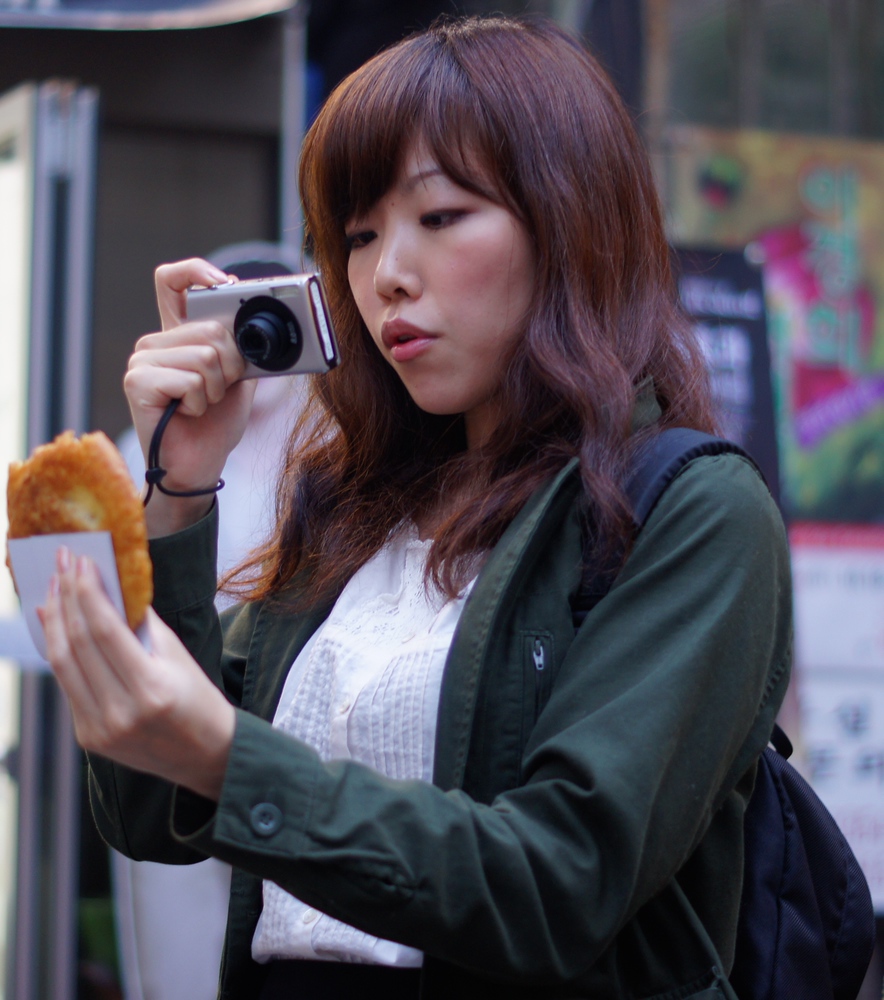 A lady takes a photo of the street food she has just bought by extending her left arm and holding her point and shoot in the other. 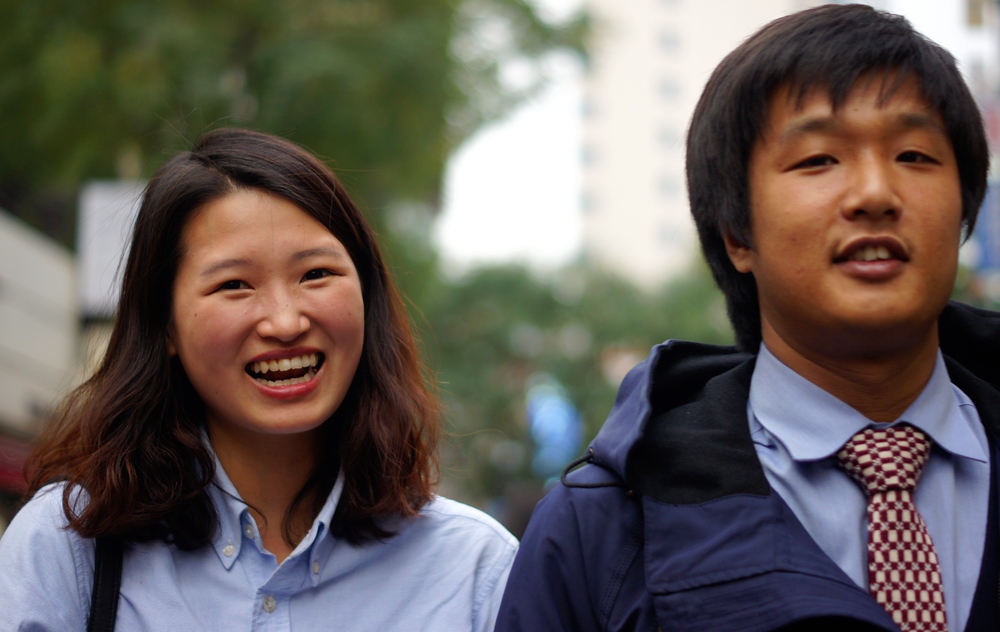 Nothing but smiling faces with this couple – Seoul, Korea. 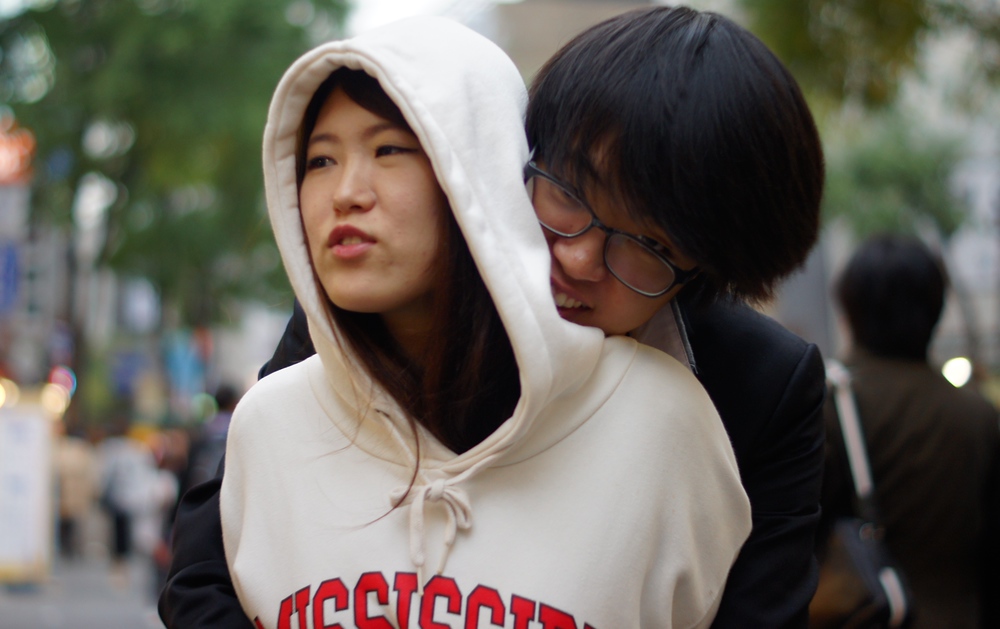 A Korean couple embrace with a hug on the street of Insadong – Seoul, South Korea. 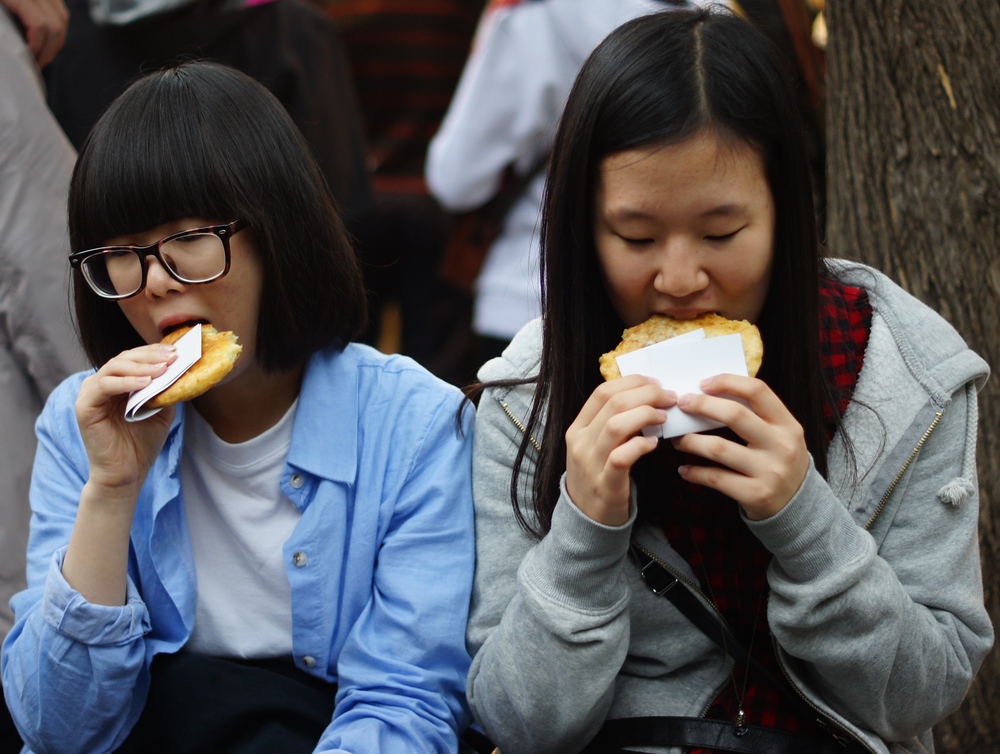 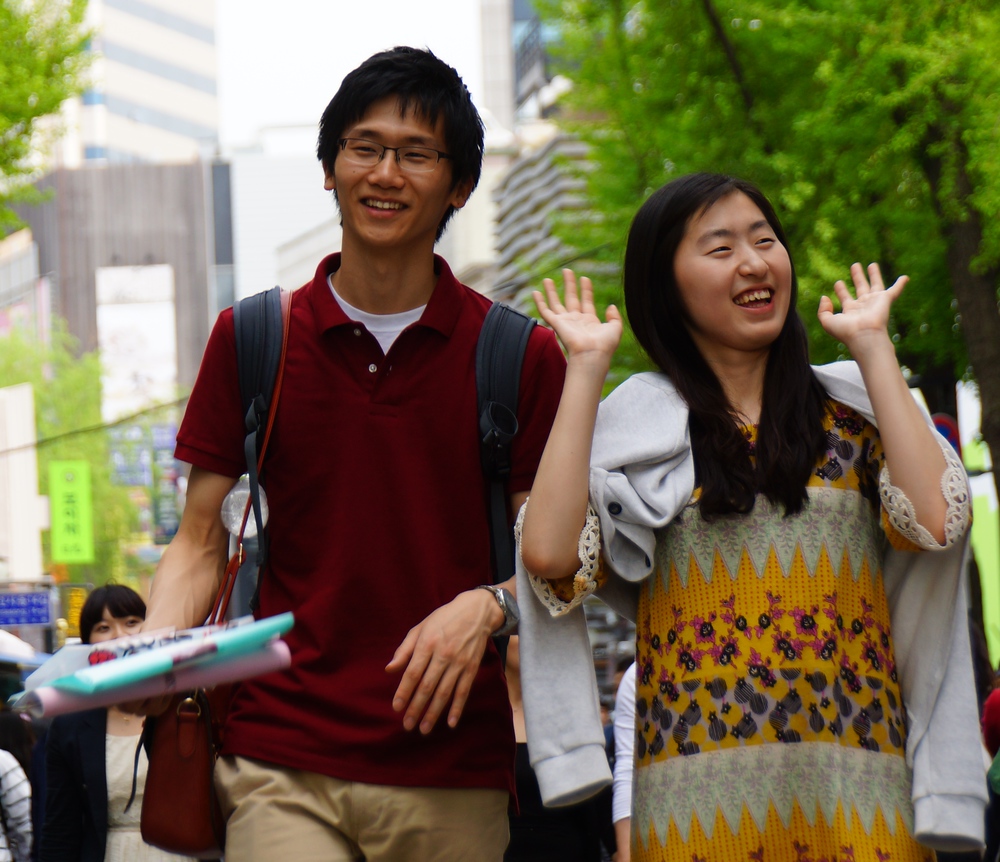 An animated Korean couple share a candid moment on the streets of Seoul, Korea. 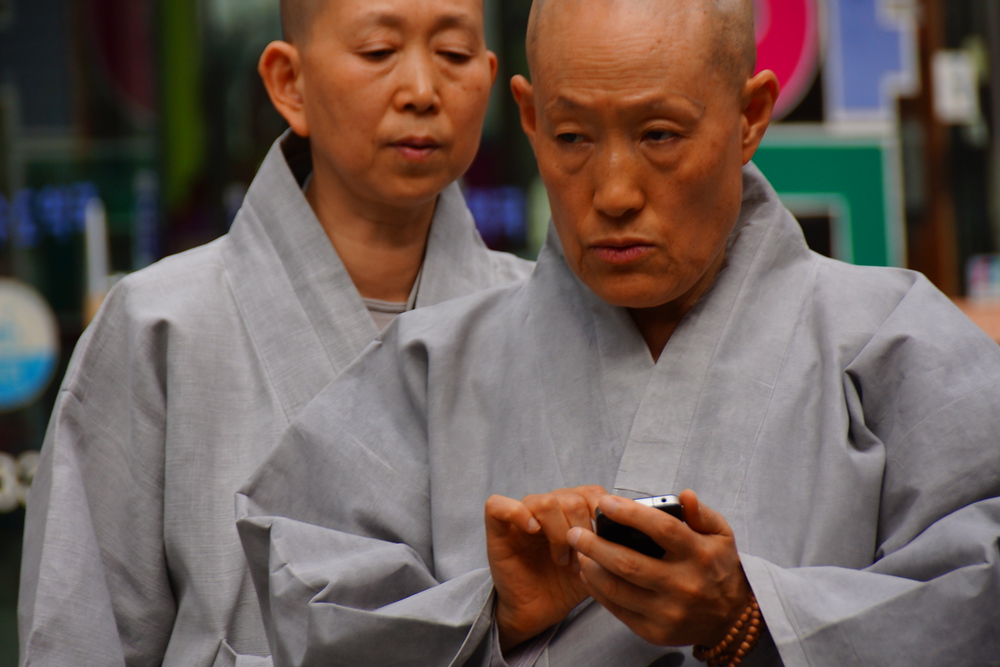 A Korean monk wearing a grey robe texts into messages using his cellphone. I’m at surprised at how many monks I can see in Insadong. 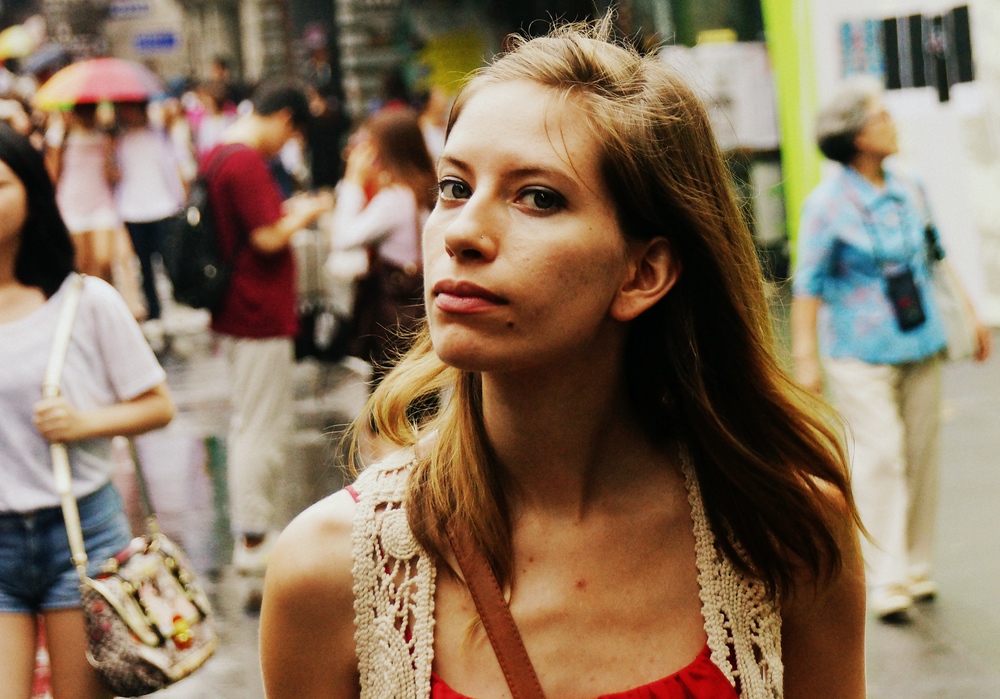 I spotted this wild temptress lurking in Insadong on a fine summer day. It’s been a lot more fun travelling in Seoul since I met Audrey (That Backpacker). We often head out on Saturdays to visit a new area each weekend.