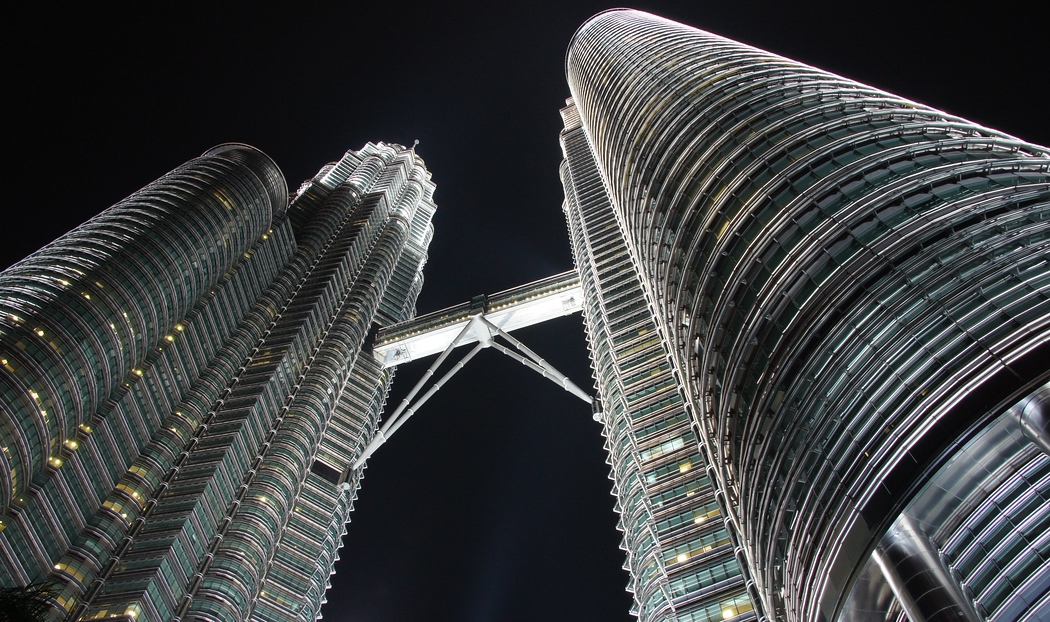 When I first set my virgin eyes upon the Petronas Towers, as a novice backpacker way back in 2008, I was quite simply blown away. I had never seen anything so astonishing in my entire life. Having spent time in major Asian Alpha cities such as Seoul, Tokyo, Singapore, Hong Kong and Shanghai I had witnessed some phenomenal modern architecture impressively illuminated at night; however, the Petronas Towers located in the heart of Kuala Lumpur, Malaysia dwarfed everything else in comparison. The sheer scope of the towers in tandem with its futuristic design make it appear to be something extraterrestrial. I’ve taken a lot of photos of the towers whenever I’ve been in Kuala Lumpur, but I’ve spent many more hours just starring at these two behemoths in total awe.  Visiting the towers is one of my favorite things to do in Kuala Lumpur at day or by night.

From 1998 to 2004 the Petronas Towers (known locally as Menara Petronas or simply Twin Towers) held the distinction of being the tallest building(s) in the world until recently being surpassed by Taipei 101.

Designed by an Argentine architect and a Filipino-Malaysian Engineer, the 88 floor towers were designed to resemble motifs found in Islamic art, a reflection of Malaysia’s Muslim religion.

The twin towers include a skybridge on 41st and 42nd floors, which holds the impressive deistinction of being the highest 2-story bridge in the world.

One fascinating piece of information revolves around French urban climber, Alain “Spiderman” Robert, who used only his bare hands and feet and with no safety devices to scale to the top of Tower Two in under 2 hours back in 2009.

One cannot visit the top of these towers and are limited to only the skybridge. Recently visiting from Tuesday to Sunday (9am to 5pm) was free but now costs RM10 ($3.30 USD) 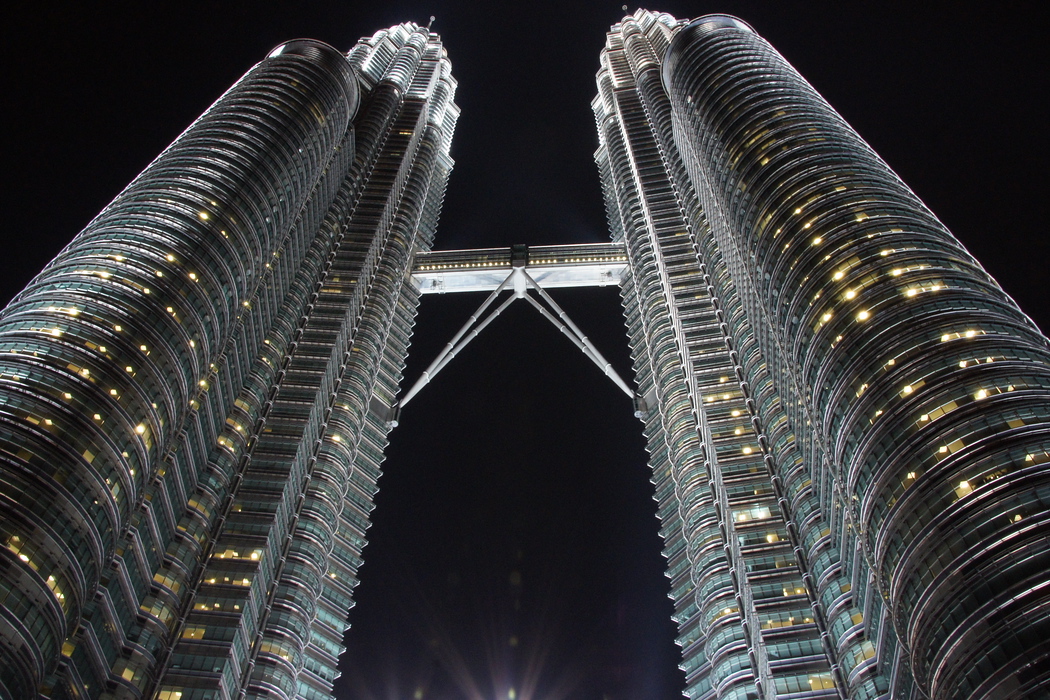 This shot was taken in between the towers and showcases the skybridge in the middle. 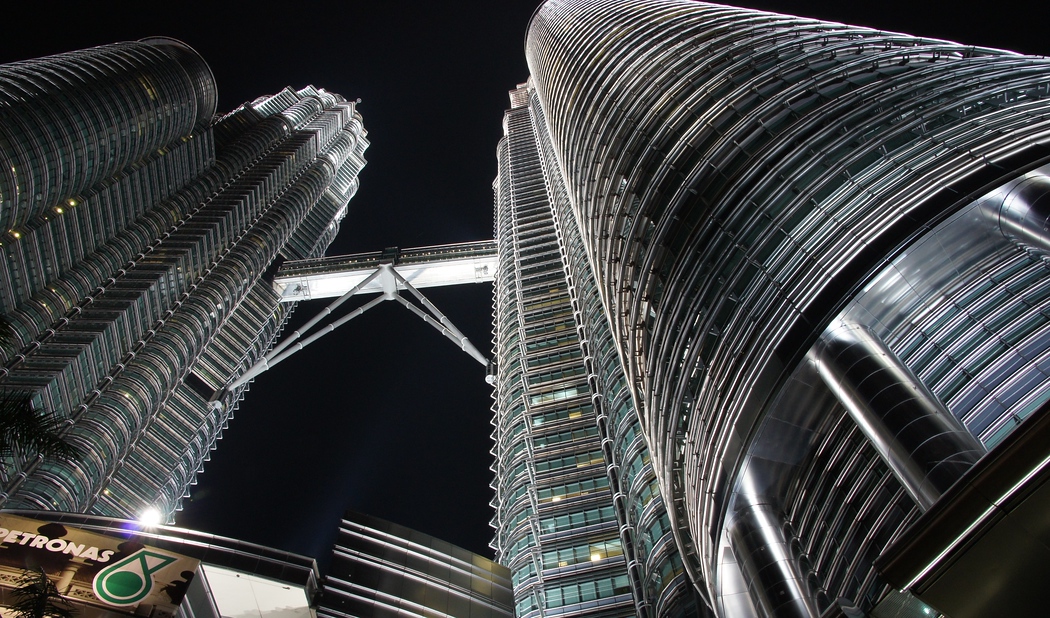 This photo is skewered towards the one tower.

As a travel photography tutorial sometimes look for objects such as branches that can be used to frame the the shot.

This is a photo that emphasizes the skybridge – the only area where the general public can visit.

This is a close-up zoomed shot offering a glimpse into the various offices located in the buildings.

I intentionally underexposed this shot to give a more metallic feeling.

A travel photography tip for taking shots at night is to always carry your tripod which allows you to take longer exposures.

This shot was taken from a distance using my telephoto lens to capture the top portion of the towers. 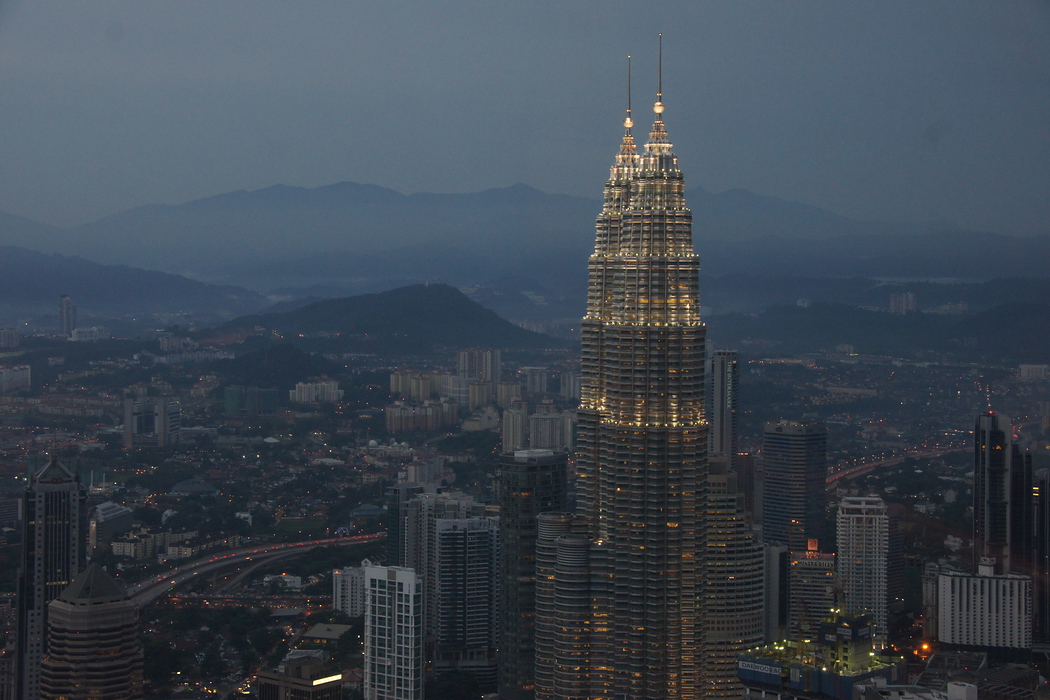 This photo was taken from the Kuala Lumpur Tower which is actually considered to offer the best views of the city. 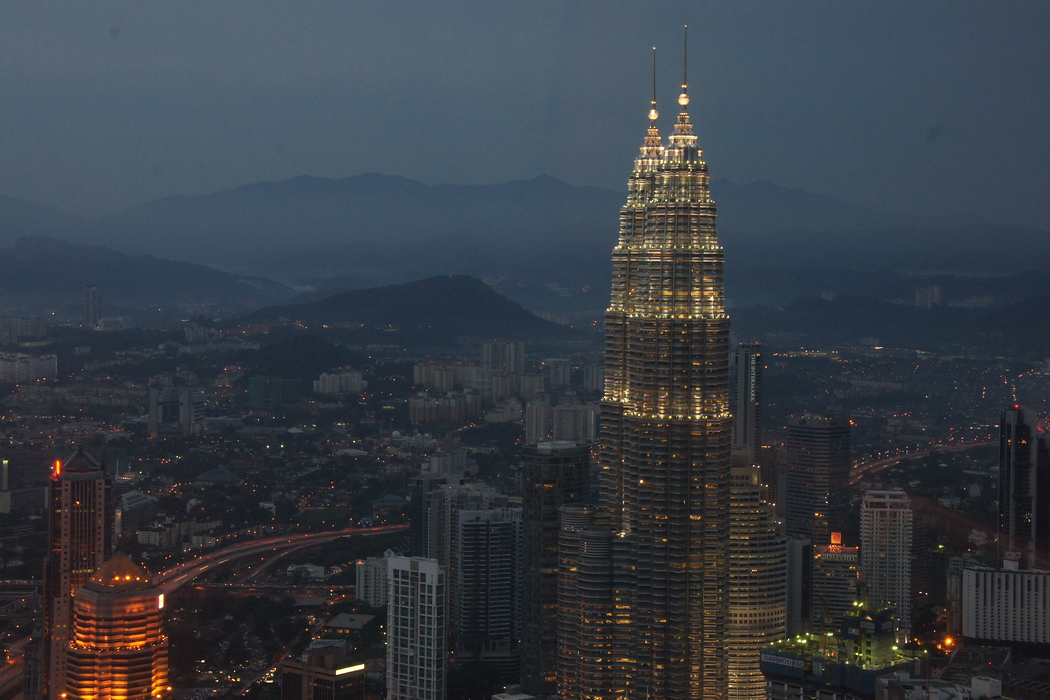 I took photos of the Petronas Towers at sundown and then quickly scuttled over to the towers to capture some shots at night. 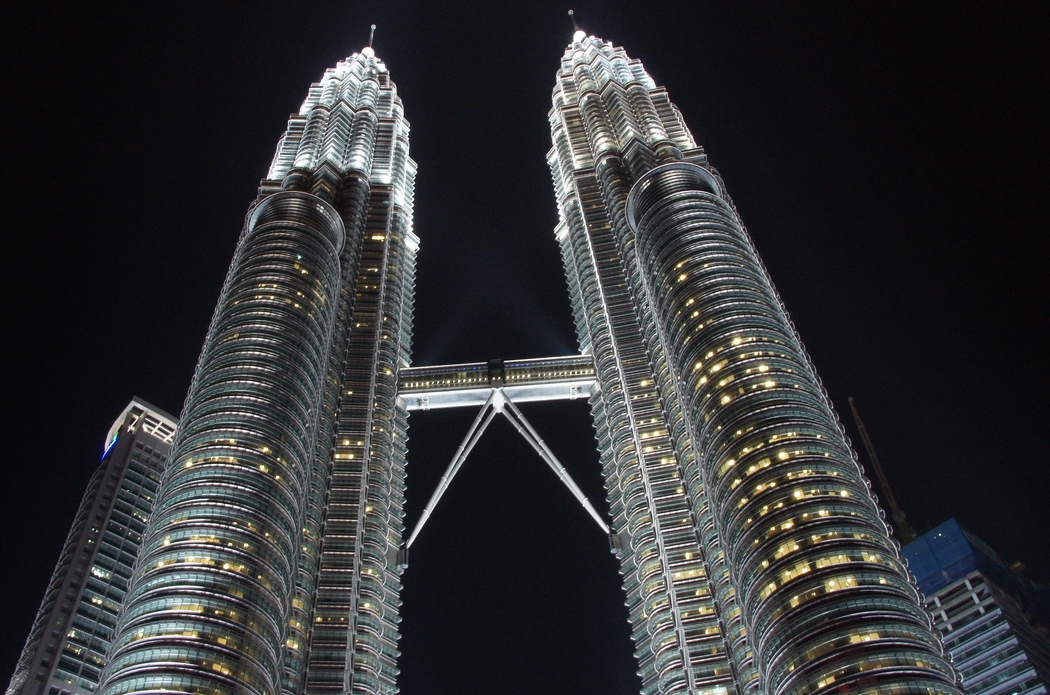 There are a number of different areas one can wander around to capture the towers from a unique vantage point.

The Petronas Towers are certainly one of the highlights of visiting Kuala Lumpur and one of the wonderful attractions in Malaysia that makes it such an under-rated country to visit for first time backpackers, travellers or tourists.

I’ve enjoyed showing some night photography of late and for those interested in more photo essays when the lights are turned on bright, check out my Chicago at Night & Khao San Road Night posts.